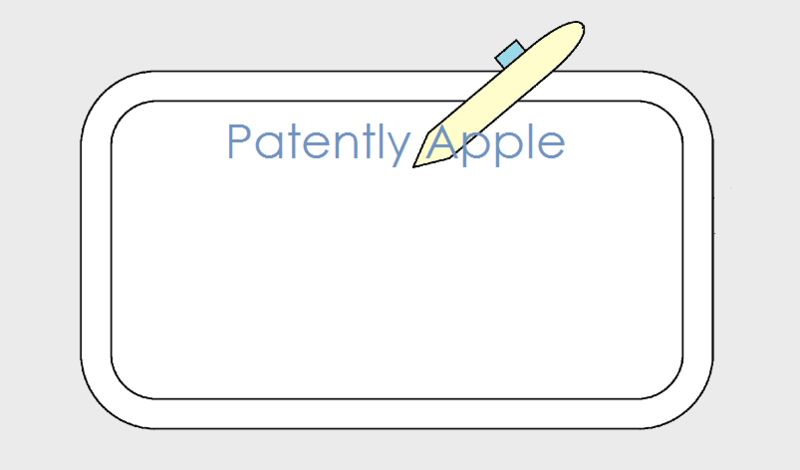 On May 21, 2015, the U.S. Patent & Trademark Office published a patent application from Apple that reveals yet another stylus related invention. Apple's latest stylus would work with the iPad but could be used to sign documents on a MacBook Trackpad. Apple also hints of stylus-like device that a user could attach to their finger. Of course Apple has close to three dozen stylus patents that you could review in our smart-pen archives, so it's not like this one invention is going to be the final product. It's simply Apple's latest ideas that could advance a possible future stylus. Let's hope that one day – Apple's stylus theory will turn into a practical stylus product. It's been rumored for some time now that Apple's future iPad Pro may support a stylus to compete head-on with the Surface Pro model from Microsoft. It was also reported earlier this month that Apple could introduce a next generation display with added sensitivities that may be stylus friendly. 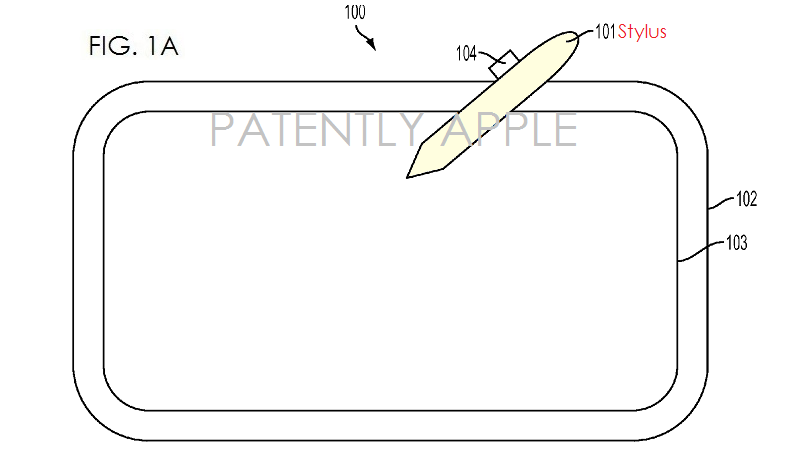 Apple's patent FIG. 1D below is a block diagram illustrating the functionality of an example implementation of the implement 101 of FIG. 1A. As illustrated, the implement may include a signal source #112 that is coupled to an amplifier #114 and the selection element #104 via a variable resistor #113. The output of the amplifier may be provided to a transmitter element #115 which may radiate the signal #116 outward from the implement.

More specifically, the selection element #104 may be a button that can be pressed by a user with varying degrees of force to cause the signal to be provided with a corresponding varying amplitude.

Alternatively, the stylus may have a pressure and/or similar sensor on the tip of the stylus that detects how hard or soft a user presses the tip of the stylus against a surface. In this way, the user may be able to control the amplitude of the signal by pressing harder or softer as opposed to having to separately control a selection mechanism coupled elsewhere to the stylus.

In another example, the stylus would be able to use a "spray can" feature that could be controlled by graphics software. 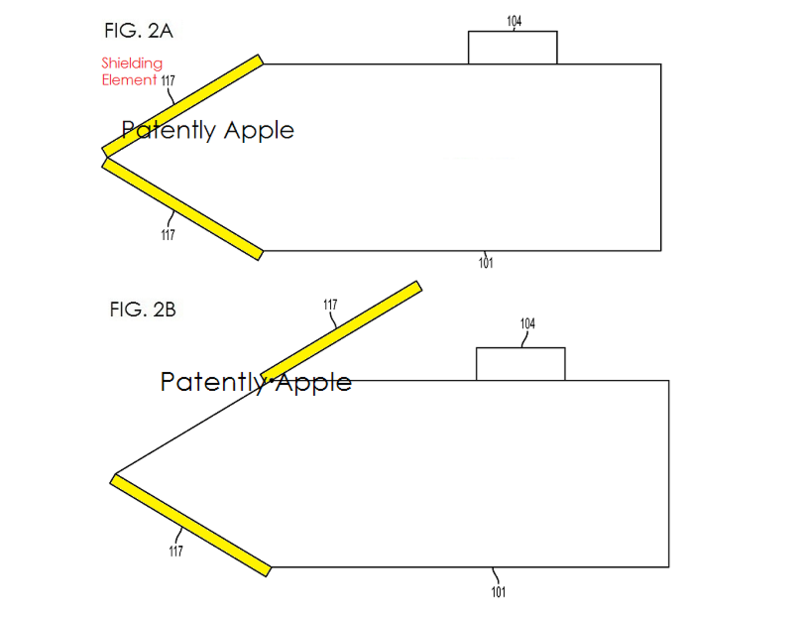 The Stylus may use Variable Wireless Technologies

Apple credits Christopher Herrick, Agustya Mehta as the inventors of patent application 20150138128 which was originally filed in Q 4 2013. Considering that this is a patent application, the timing of such a product to market is unknown at this time.

Agustya Mehta worked at Apple as an electrical engineer up until late 2013 on projects related to Touch ID and the iPhone. He is now at Microsoft as a Senior Electrical Engineer working on the HoloLens project. Prior to moving to Apple, Mehta had been working on the Xbox team at Microsoft.