On May 28, 2015, the U.S. Patent & Trademark Office published a patent application from Apple that relates to Force Touch and Intensity manipulation of objects on a display of an iDevice such an iPad. Apple tells us that this could be of importance in a future graphics and/or presentation applications. The invention could apply to a using force of a finger or a future Apple or third party stylus. Apple also touches on "tactile Output." Apple's patent focuses on a "Virtual Brush" as well a 3D buttons on a touch display.

Adjusting Properties of a Virtual Brush

Apple notes that a virtual brush includes one or more properties that are adjustable. This new virtual brush will have a more convenient and intuitive interface by enabling the user to adjust an output property. By changing the intensity or "force" of the contact, the user can adjust an output property (e.g., width, color, opacity,) of the virtual drawing instrument.

Additionally, the user interface object optionally includes helpful indications of various output properties of the virtual drawing instrument, thereby providing the user with information that enables the user to use the virtual brush more quickly and efficiently.

Apple's patent FIGS. 11A through to 11P illustrate exemplary user interfaces for adjusting properties of a virtual brush. Apple notes that a contact-detection intensity threshold could be a light press, a medium press or a maximum press to alter brush output to adjust a drawing's element width or thickness. 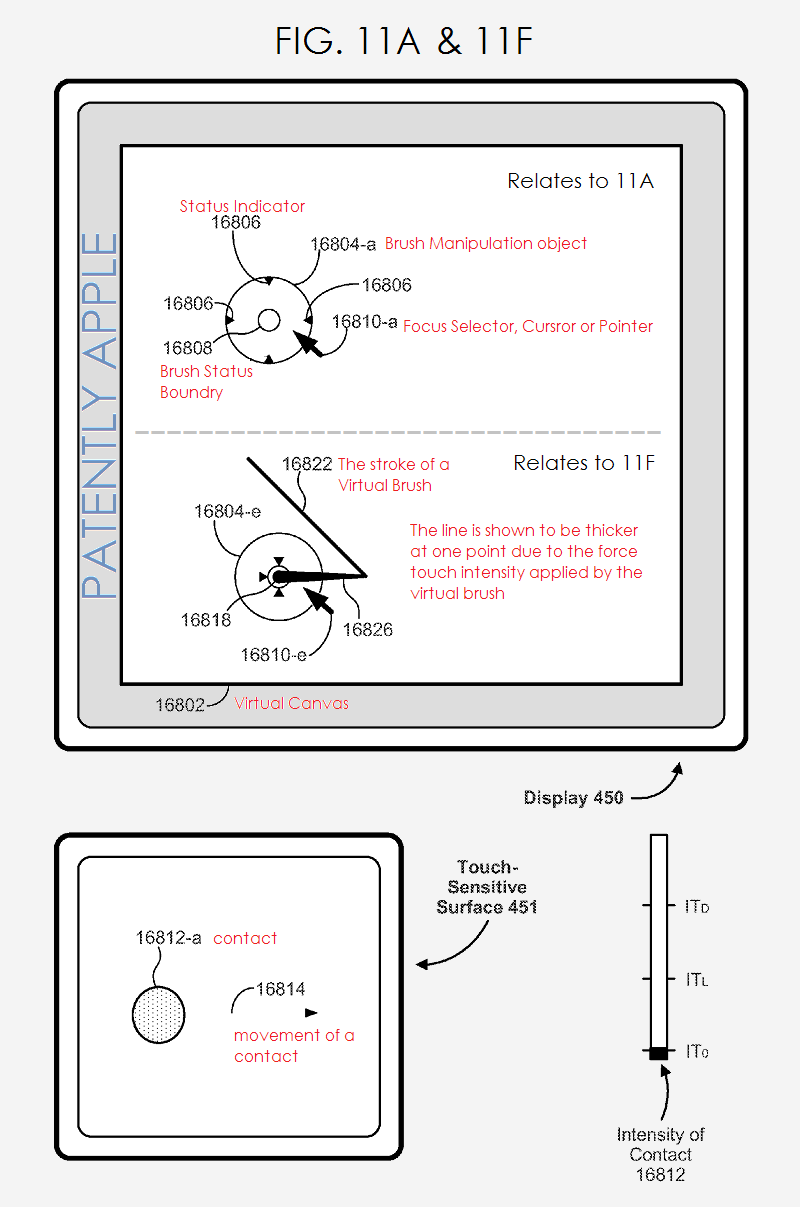 According to Apple, a user will, in some circumstances, draw lines, curves, etc. on a virtual canvas with a virtual brush. The virtual brush is represented on display as brush manipulation object #16804.

While users may be able to use a future stylus directly on the display of an iDevice for use as a virtual brush, it should be noted that the patent figure above is illustrating that a user is using their finger as the virtual brush on a secondary display, MacBook trackpad or possibly even a Magic Trackpad to manipulate objects as needed or desired. 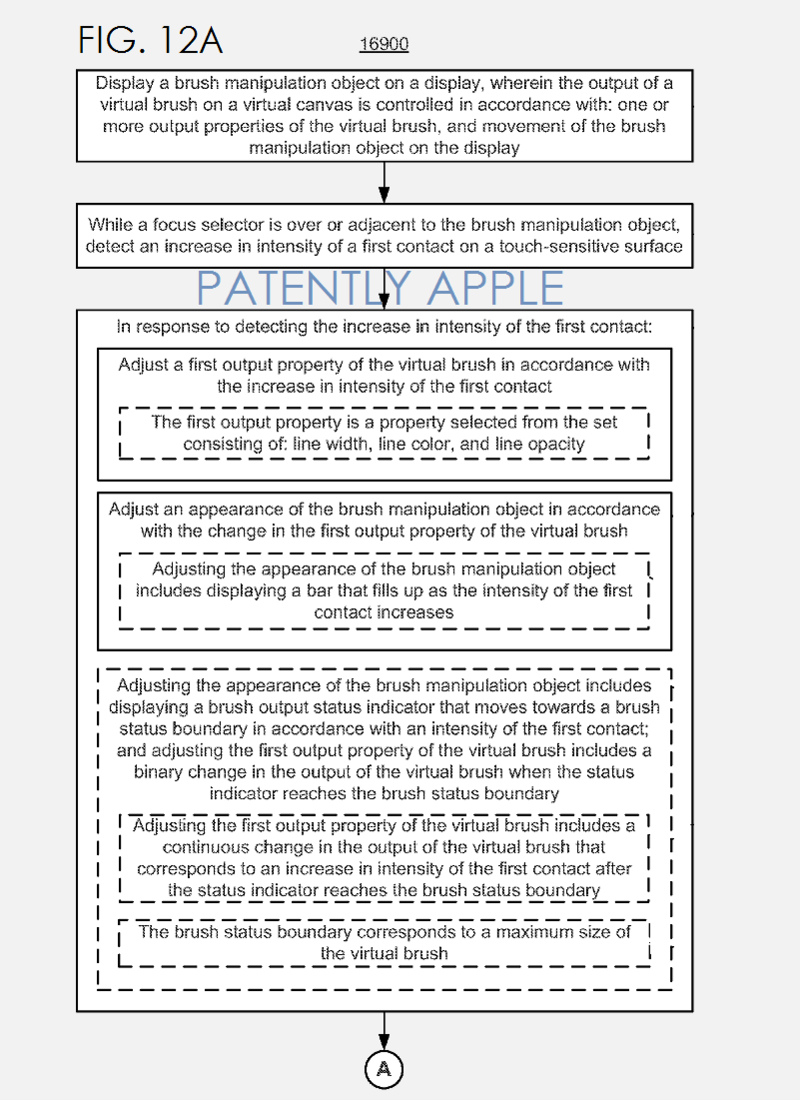 In Apple's patent FIG. 8i shown below we're able to see that a force touch on an icon or button of an interface element could change visually to communicate that something is being turned on or off. We see that the flat icon or button can be elevated with a force touch to appear like a real activation button. 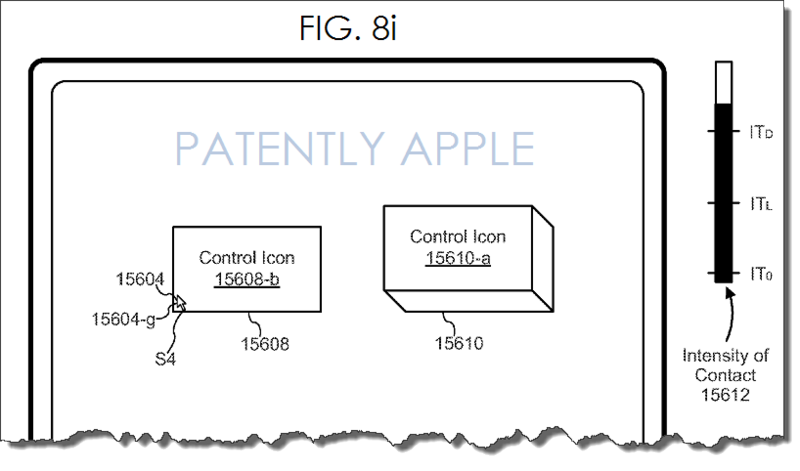 Apple's patent that was published by USPTO today was originally filed back in Q1 2015. The complexity of the "related applications" noted in the patent filing, it would appear that Apple is putting a long series of patent filings into this one application covering years of work on haptics and beyond. Considering that this is a patent application, the timing of such a product to market is unknown at this time.

One of the inventors that Apple credits on this patent application is May-Li Khoe. On a new webpage Khoe states that she recently left a long stint at Apple, where she designed and prototyped new things to poke at with the Human Interface Device Prototyping team. Her work included the invention and development of experiences across iPhone, iPad, Mac, Apple TV, and more, as well as concepts behind Apple's Force Touch and Taptic Engine.