Yesterday at IDF 2015 in Shenzhen, China, Intel's CEO Brian M. Krzanich introduced a number of new Intel products coming to market later this year. One was their new Skylake sixth generation Core processor used on a Desktop using Windows 10 and Intel's 3D RealSense camera. The new PC's will use a feature called "Windows Hello" where just looking at the camera can give you access to a PC without using a password. The RealSense camera, according to Krzanich, can't be fooled with a static photo and provides lightning fast authentication. If the demo was any indicator, then users buying new PC's this fall will gain the ability to access their PC's in the blink of an eye without manual passwords. But there was one more thing about the new RealSense Camera worth noting. 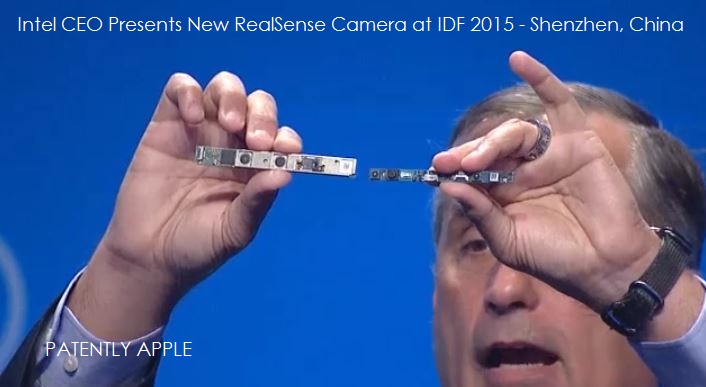 Intel's CEO introduced their second generation RealSense 3D camera today. As you can see in the graphic above, it's about 50% smaller and more than 50% thinner which allows the new camera to finally fit new form factors like a smartphone as you could see in the photo below. 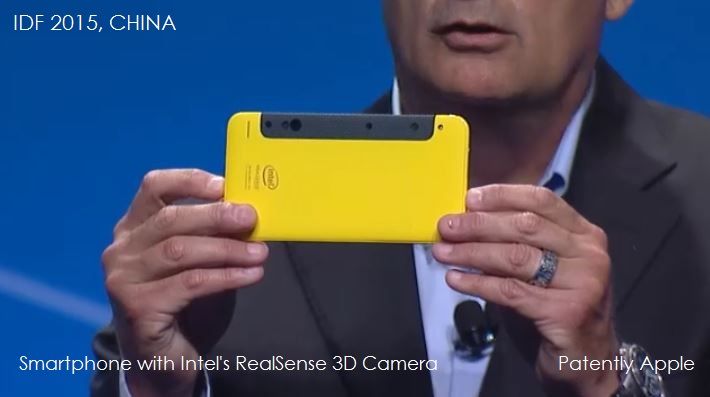 For more information about Intel's RealSense 3D camera, check out Intel's webpage for specific features it provides. Other topics discussed during Brian Krzanich's Keynote in China this week could be found in Intel's press release.

Whether Apple will use Touch ID or facial recognition to authenticate users faster on Macs later this year is unknown at this time, but it's an industry trend that Apple will likely follow through on. For the record, Apple was just granted a Face Detection related patent a weeks ago.