Foxconn to announce a Deal this Week with "Light," Inventor of the most advanced Selfie Camera Technology to Date 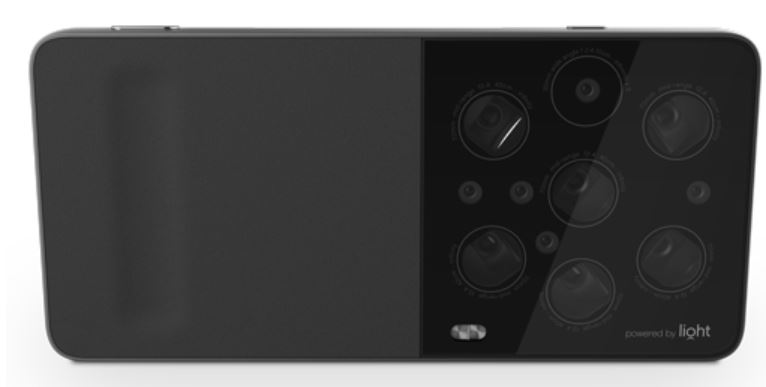 Apple has always focused on delivering the very best cameras for their iDevices and especially the iPhone. Apple just acquired another Israeli company called LinX Imaging that could bring DSLR and 3D mapping to future iPhones. Now a new photography startup called Light is out to advance cameras for the "Selfie" generation – and by the popularity of apps like Instagram, that could be a very large market. Light's one claim to fame could make smartphones incorporating their technology an instant hit with this rather large market niche. Celebrities will likely endorse it if cameras using "Light's" technology actually delivers a measurable value over great cameras on the iPhone and other smartphones. It's an interesting story, because Foxconn, Apple's iDevice manufacturing partner, is going to announce a deal with Light this coming Tuesday.

Our cover graphic provides you with a Light prototype-mock-up of their technology on the backside of a smartphone. The startup says that it expects the first Light cameras, to debut with 52-megapixel resolution and could come to market as early as late 2016.

Light cofounder and chief technology officer Rajiv Laroia explains, is that when you take a picture with a Light camera it's taking several pictures at the same time from slightly different perspectives (though it won't show them to the user). The level of zoom that the user selects determines which modules will fire when he takes a picture, and where the mirror contained in each module moves to capture light. It could aim for light straight ahead, or off at an angle, for instance. The resulting shots are then digitally combined in a way that emulates a much bigger camera lens.

The software should also make it possible to adjust the focus on photos after they've been taken—a trick that Apple's newly acquired camera company LinX claims to already have.

Is Light's technology a threat to Apple? Not likely anytime soon. According to David Brady, leader of Duke University's imaging and spectroscopy program and CEO of a camera-array company called Aqueti, says Light's idea is a good one, though a number of companies have so far failed to commercialize similar technology.

He also points out that there's currently no good way for the average person to share very high-resolution photos, which generate very big files. Though you may take a photo today with an eight-megapixel camera, when you post it on Facebook, your friends will see a much lower-resolution image. Still, he says, "There's no question what they're doing is the future of cameras."

Whether this type of feature will ever be found on a future iDevice camera is unknown at this time – but we can be assured that Apple will continue to deliver the very best camera features that are ready for primetime. Bringing DSLR quality to the iPhone's camera features is far more of a priority than delivering 52-megapixel selfies would be. However, that doesn't mean that it's out of the realm of possibilities down the road.

For now, it'll be interesting to see what Foxconn will say during their press conference about their deal with "Light" on Tuesday. So stay tuned.