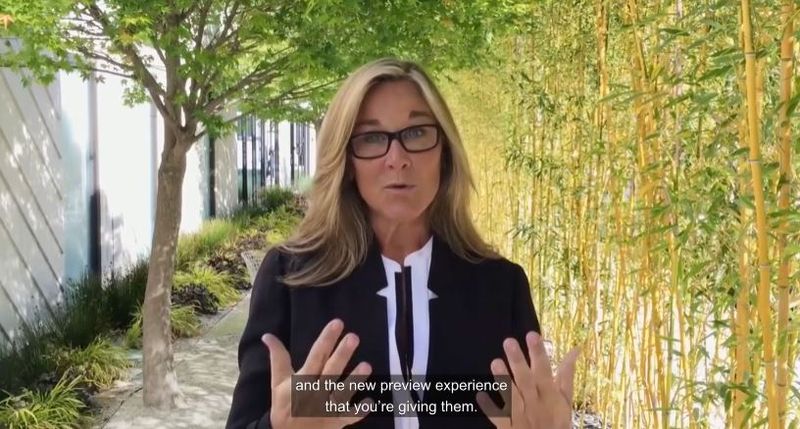 Earlier today Apple's Senior Vice President of Retail and Online Sales Angela Ahrendts sent a video out to Apple Store Managers and their respective teams. The audio feedback would almost suggest that it was a live event. The video noted below was first discovered by the French Mac site called Mac4Ever.

Ahrendts told Apple Store employees MacBook sales in Space Gray and Gold have been off the charts and it's still only available in a limited amount of countries. Ahrendts emphasized that the method that the Apple Watch was launched isn't going to be forever and that it was a "unique time."

Ahrendts added enthusiastically that "We love our icon blockbuster launches that we do in the stores. And have absolutely no fear, you will see those. This is a very unique situation."