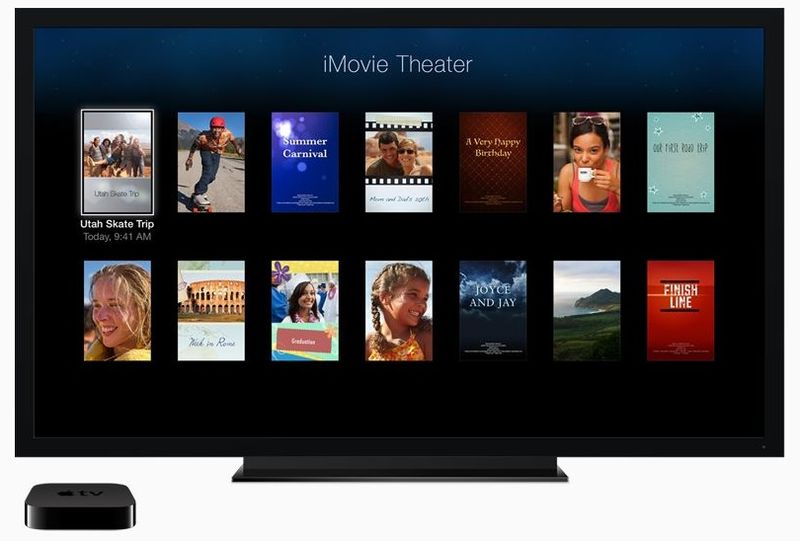 On Thursday April 23, the U.S. Patent & Trademark Office published a patent application from Apple that revealed their intellectual property behind the creation of the 2013 "iMovie Theater" portion of their iMovie application for both iOS and OS X. The patent application that is titled "Publishing Media Content to Virtual Movie Theatres" is about solving the problem of publishing and presenting your homemade movies on popular sharing websites like YouTube, Facebook, Vimeo, and CNN iReport as well as sharing your iMovies with other Apple devices such Apple TV for a full theater experience.

Apple's iMovie Theater is your own personal theatre where you can show off the movies and trailers that you've made. They appear as a beautiful display of movie posters, so you'll always be the star of the show. And with iCloud, they're automatically on all your devices, even your Apple TV. 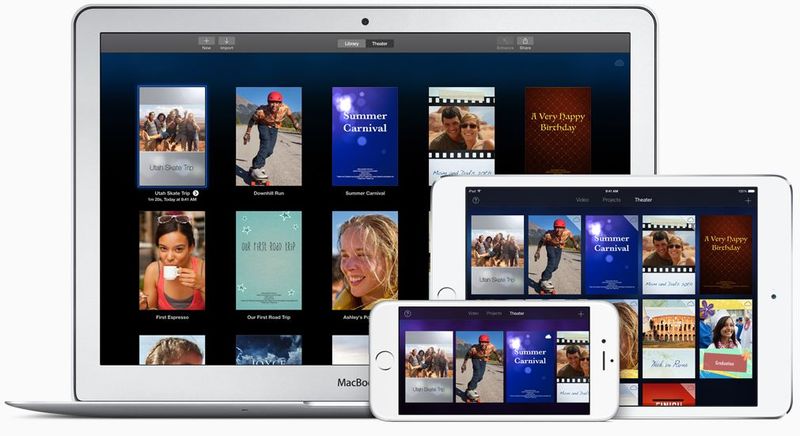 Apple's iMovie Theater is where you view your finished movies, trailers, and clips. You can share a movie directly to the Theater, or have a copy of the movie sent to the Theater automatically when you share to other places (such as Vimeo or iTunes).

When you add a movie, trailer, or clip to the Theater, iMovie creates versions of your movie tailored for local playback, playback on an iOS device, and streaming.

As we've noted, this Apple invention relates to their 2013 iMovie Theater software application. The invention provides a virtual staging area for presenting media content. Apple notes in their patent filing that "the virtual staging area of some embodiments is formed by staging areas of multiple different devices (e.g., a smart phone, a tablet, a digital media receiver, a laptop, a personal computer, etc.) in which a same set of content can be viewed. To provide a common viewing experience, the staging areas are presented in a similar manner across different types of user devices. Each staging area may be presented as a virtual movie theatre that has movie posters that advertise user content."

Apple's patent FIG. 1 noted below illustrates an example of a virtual staging area that presents content on different user devices. 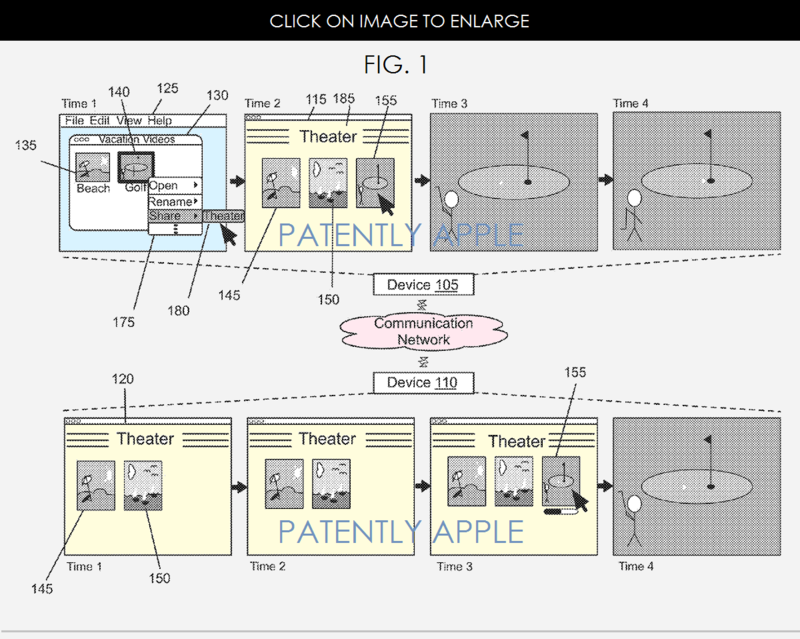 If you're a developer or just use iMovie a lot to capture your vacations, your activities or use it for business, you might like to review this patent application just to see how an idea is written for the purpose of a gaining a patent and the thinking that goes into a project like this before it's an actual commercial product.

A Note to Grammar Nazis: Apple uses both "Theater" and "Theatre" spelling in both their patent and on their website. On their website, for example, they write: "Introducing iMovie Theater. It’s your own personal theatre where you can show off the movies and trailers ..."

In our report we've kept the original spelling as found in Apple's patent and/or website. The U.S. spelling is "Theater" while the 53 countries within the Commonwealth spell it Theatre."