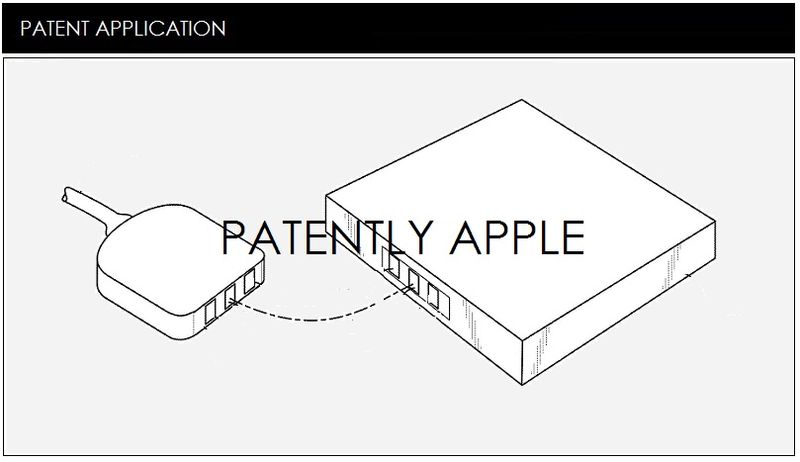 On April 02, 2015, the U.S. Patent & Trademark Office published a patent application from Apple that reveals new inductive charging interfaces with magnetic retention for electronic devices and accessories. To date, Apple has filed a for a patent regarding "Wireless charging via Near Field Magnetic Resonance," while implementing USB Type-C on their new MacBook for faster charging. Today's patent makes the case that adding wireless charging to thinner iDevices may not be the way to go in the future. In one way, Apple's patent appears to advance MagSafe. The problem however is that the European Commission has given Apple until 2017 to implement a common USB solution for charging mobile devices which USB Type-C delivers. Whether this could be integrated into a future version of USB is unknown at this time.

For example, Apple states that a magnetic core of an inductive charging configuration may be divided into two magnetic elements; one element can be housed within a receptacle or receiving connector of a housing of an electric device and the other element can be housed within a plug or transmission connector. In some embodiments, these two elements can be shaped like U-shaped halves of a toroid. The poles of the two elements of the magnetic core may create a magnetic field to retain the plug connector in an aligned, mated position with the receptacle connector of the electronic device in addition to directing magnetic flux to flow in a circular path around and between the two elements of the magnetic core. Corresponding distal ends of the elements of the magnetic core may be in close proximity in the mated position, separated only by windows--thin pieces of magnetically permeable material. Additional elements corresponding to those of a typical transformer or inductive charger can also be included in this inductive charging configuration.

Instead of relying on the plug and receptacle connector of the present invention to provide data to electronic devices, wireless means such as Wi-Fi, other wireless protocols, and antenna coupling can be used to allow the electronic devices of the present invention to receive and send data. As such, accidental breakage that is common with conventional electrical connectors can be avoided via the breaking of magnetic retention instead of structural elements such as retention features or a connector housing.

Although aspects of the invention are described in relation to plug and receptacle connectors for mobile devices and mobile device accessories, it is appreciated that these aspects and methods can be use

Apple's patent FIGS. 5A and 5B noted below illustrate a Multi-Loop Inductive Charging Interface. 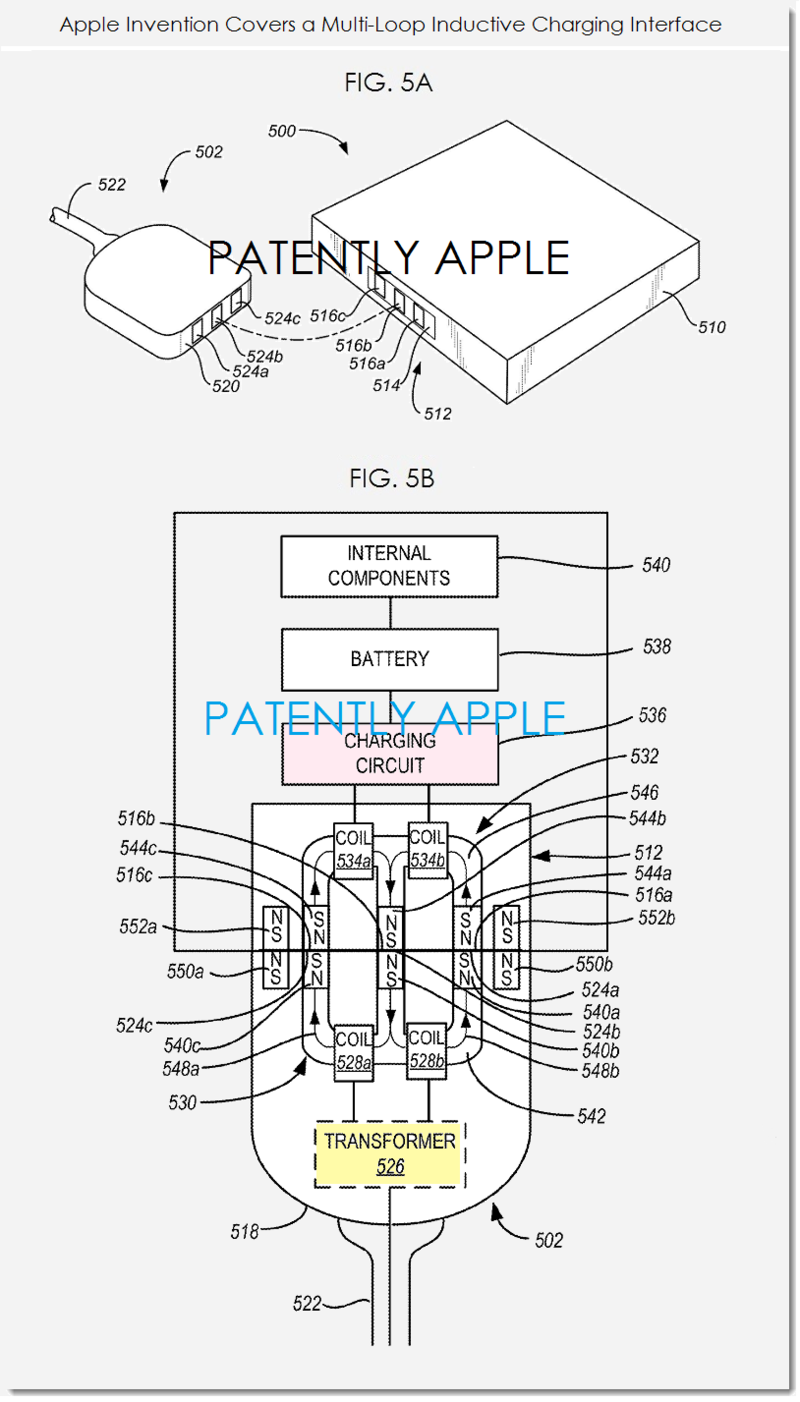 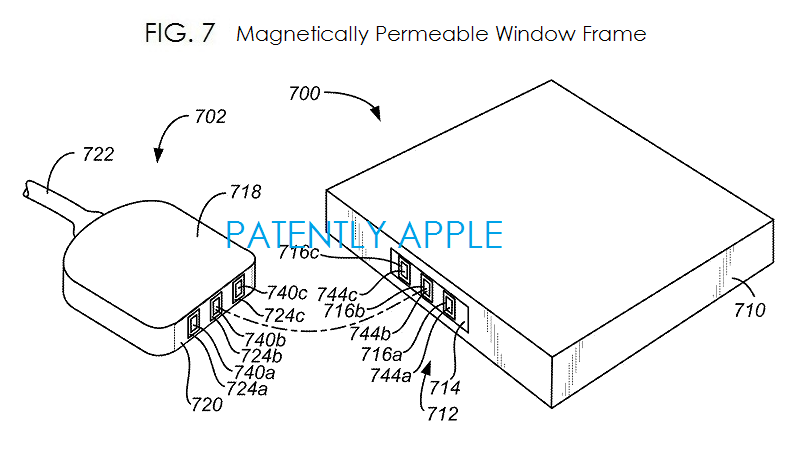 This is obviously a complex invention and for those wishing to dig deeper into the finer points of the invention could review it here.

Apple credits Albert Golko, Eric Jol, Nathan Bosscher and Todd Moyer as the inventors of patent application 20150091388 which was originally filed in Q3 2014 2012. Considering that this is a patent application, the timing of such a product to market is unknown at this time.