In 2011 we posted a report titled "Apple Invents Crack Resistant Glass Solutions for Portables," which covered a form of shock absorber system built into devices that would know that a "fall event" was occurring via its accelerometer and immediately inflate a bladder between the device and display with a fluid to help the glass stay intact. Today, the U.S. Patent & Trademark Office published an updated patent application from Apple wherein Apple has advanced the design as noted by their new patent claims. 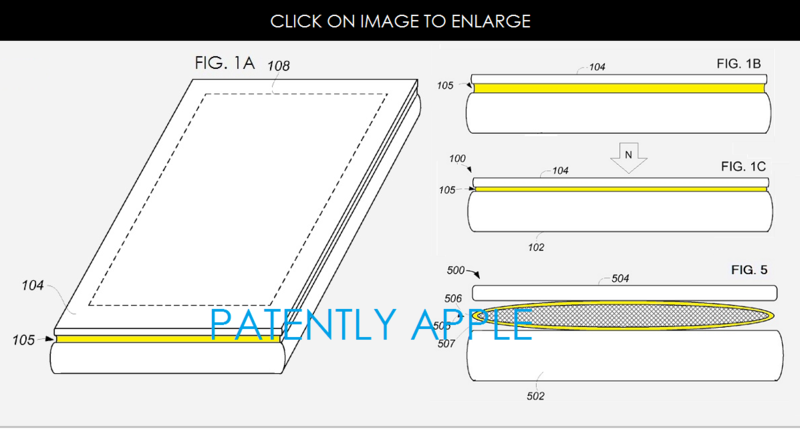 Once again, Apple is continuing their work on this invention which is only evident in their new patent claims. For instance, today's patent claims now cover a strain gauge, a compression sensor and piezoelectric materials.