Hip-hop mogul Jay Z, who recently purchased Tidal, a Scandinavian-based music service, held an event in New York this afternoon introducing the "owners" of Tidal. While Tidal is a lesser-known competitor to music streaming services such as Spotify and Pandora, it's suddenly on the market ahead of Apple's revamped music streaming service and it has the potential of causing Apple a major headache. 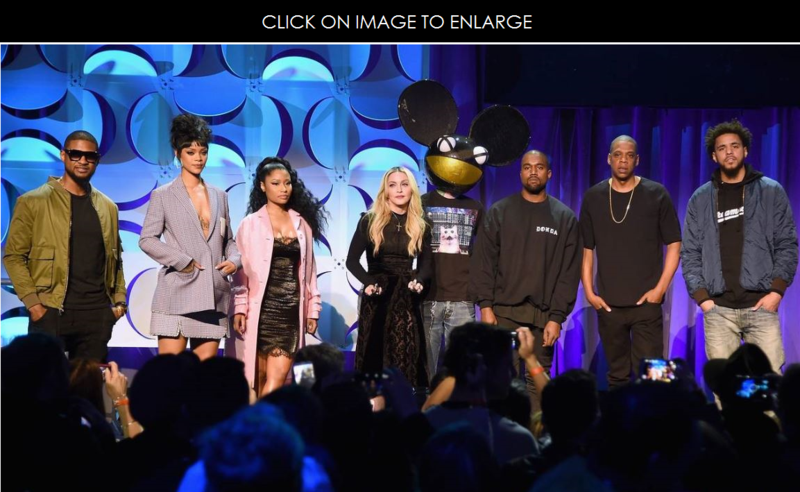 After announcing the owners of Tidal, Alecia Keys stated that it was the first ever artist owned, global music and entertainment platform.

The lone musician to take the podium, Keys declared Tidal, "the first-ever artist-owned global music and entertainment platform. We want to create a better service and better experience for fans and for artists."

The group's mission, she said, is "beyond commerce and technology ... to preserve music's importance in our lives." To further that mission, Tidal has a new $9.99 monthly normal sound quality tier of service.

The Financial Times added that "The event was trailed with a splashy social media campaign with acts including Coldplay, Rihanna and Arcade Fire promoting the new service using Twitter hashtags.

The move comes as music streaming enters a new, highly competitive phase. Google's YouTube and Apple are both aggressively courting music labels and artists as they bring subscription services to market this year.

The size of the cash advances and equity portions given to the participating stars is unclear but at least one act was offered as much as $3m and a 3 per cent stake in the new service, according to one manager familiar with the discussions. Tidal declined to comment on the ownership of the company."

You could view the Tidal event here. Below you can see Jay Z and Madonna signing Tidal's "declaration," which all on stage did as the event closed. The Wall Street Journal added that "The Tidal rollout is being couched in terms of a pro-music 'movement,' and was pumped up in advance with coordinated messages from the stars in the collective." 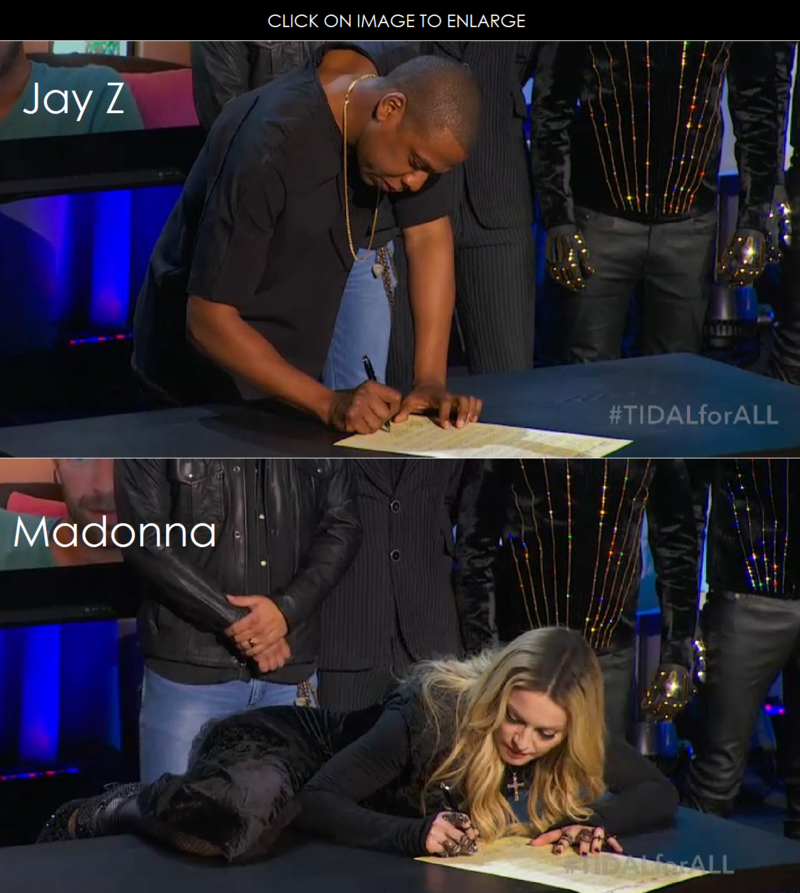