New Survey Results: 69% of Americans will say No to Apple Watch

A new report published this afternoon is claiming that Apple's new smartwatch may be a tough sell, with 69 percent of Americans indicating they are not interested in buying the gadget, according to a Reuters/Ipsos poll. Reuters noted that "Ipsos surveyed 1,245 Americans online between March 9 and March 13. The data was weighted to reflect the U.S. population and has a credibility interval of plus or minus 3.2 percentage points." 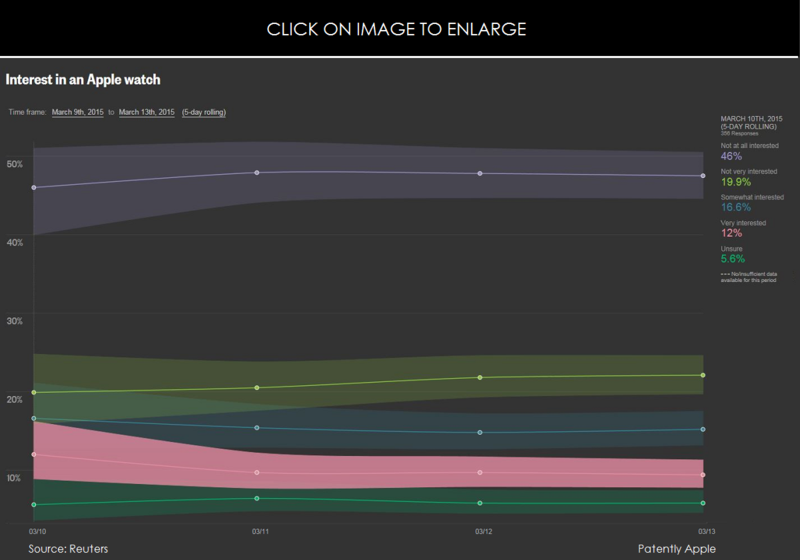 One the key factors noted by Reuters is that "the survey showed limited awareness of the watch. The poll was taken after Apple Chief Executive Tim Cook rolled out the product on Monday, and only about half of respondents said they had heard news of the timepiece in the last few days.

Also, in an encouraging sign for Apple, roughly 13 percent of survey respondents who did not own an iPhone said that they would consider buying one in order to buy an Apple Watch, which needs an iPhone to work fully.

Apple overcame skepticism about the iPad and iPod when they first debuted, but the survey suggests that the world's largest technology company has work to do to make the watch ubiquitous."

You could read more about this development from Reuters. The interactive survey could be viewed here. Despite this latest survey, we reported back on February 11 that J.P. Morgan is forecasting 26 million units of the Apple Watch by the end of the year.

It should also be noted that the survey didn't cover the Apple community directly which is where the initial sales of the Apple Watch will stem from. The Apple community is one of the most faithful and tenacious in the tech sector and could never be underestimated for their willingness to get their hands on Apple's latest and greatest products.