Apple Wastes no Time in Filing a Trademark for "ResearchKit"

Bloomberg reported this week that "Stanford University researchers were stunned when they awoke Tuesday to find that 11,000 people had signed up for a cardiovascular study using Apple Inc.'s ResearchKit, less than 24 hours after the iPhone tool was introduced."

Alan Yeung, medical director of Stanford Cardiovascular Health told Bloomberg by phone that "To get 10,000 people enrolled in a medical study normally, it would take a year and 50 medical centers around the country. That's the power of the phone." The Bloomberg article is both pro and con on the topic of ResearchKit and you could read more about it here.

Apple's filed their European trademark application under International Classes 9, 10, 41, 42 and 44 which basically covers computers, software, health and fitness, education, scientific and technological services and wellness monitoring. To review the full details of the international classes, click on the image below. 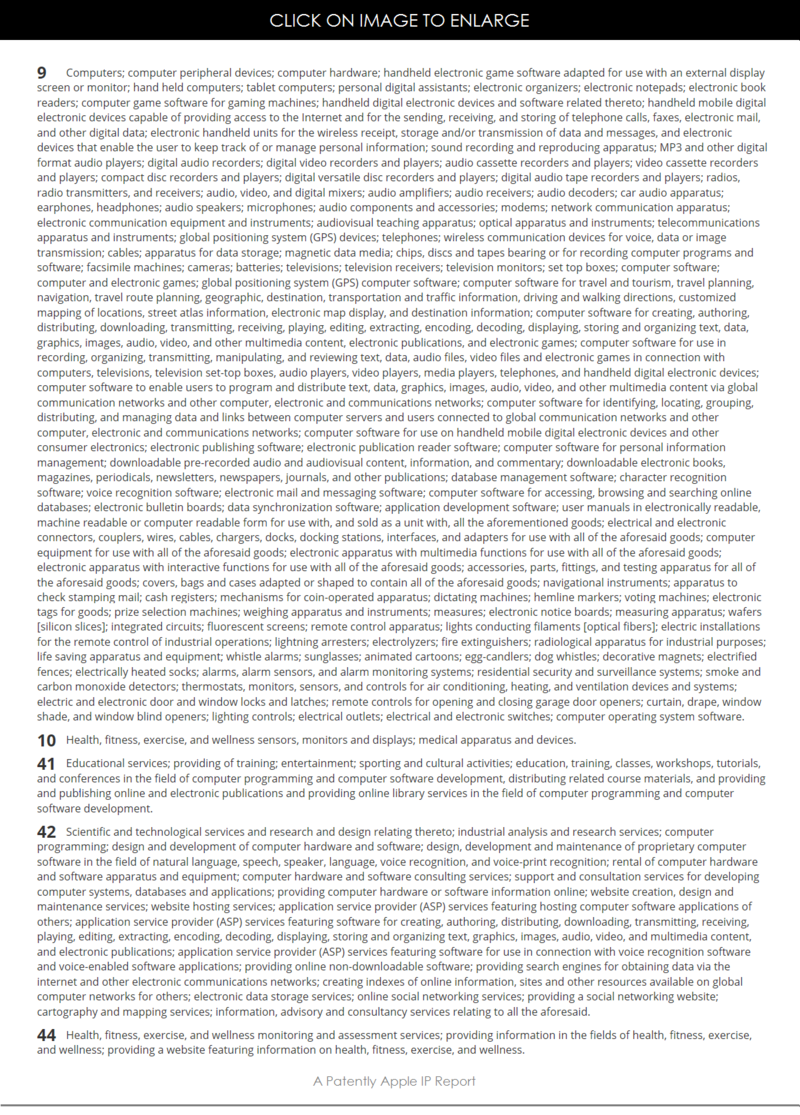 Update August 4, 2015: The Patent and Trademark Office in Hong Kong China published Apple's trademark application under number 303493224 in early August under International Classes 9 and 42 (only). The Hong Kong application notes that Apple originally filed this trademark in Jamaica in February 2015.