Apple's newly granted patent covers their invention relating to input/output electrical connectors such as audio connectors and data connectors and in particular to slim or low profile connectors that can be used in place of standard connectors currently used.

In Apple's patent claim #2 they note that "The method of claim 1 wherein the plurality of data types include HDMI data, audio data, USB data, or video data." 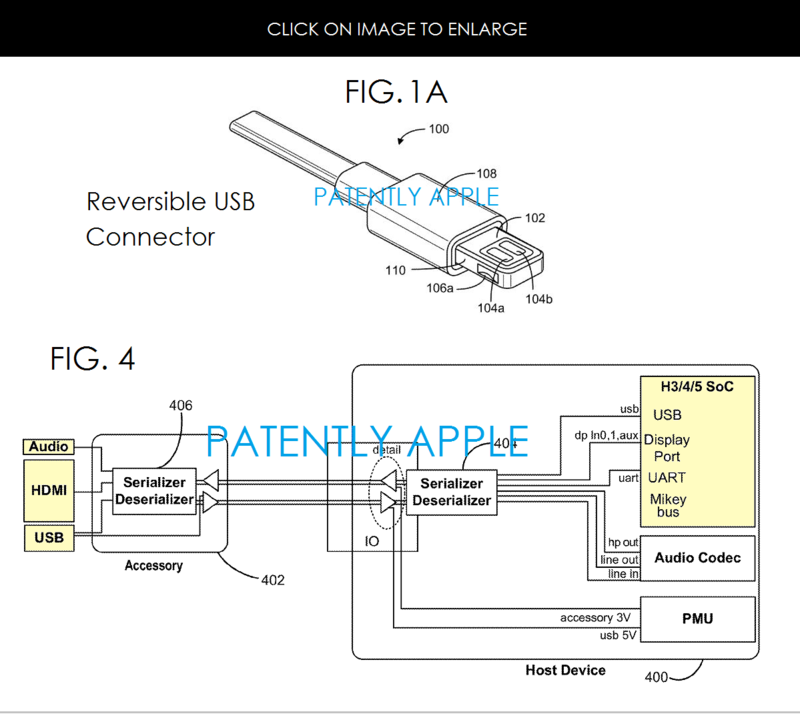 Apple credits Eric Jol, Albert Golko, Mathias Schmidt and Jahan Minoo as the inventors of granted patent 8,984,188 which was originally filed in Q3 2013 and published today by the US Patent and Trademark Office.

Apple's first granted patent on this connector was made public in July 2014. For more details on this invention, see Apple's Granted Patent number 8,984,188