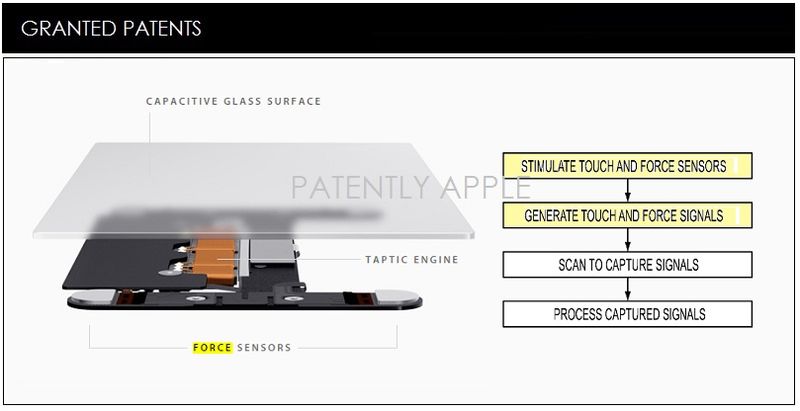 On March 24, 2015, the U.S. Patent and Trademark Office officially published a series of 60 newly granted patents for Apple Inc. today. In this particular granted patent report we cover Apple's new Force Sensor Interface that is now being used in Apple's all-new MacBook. With the new MacBook comes a whole new way to experience a trackpad. The Force Touch trackpad is engineered to deliver a responsive, uniform click no matter where you press the surface. And underneath, force sensors detect how much pressure you're applying and give you new ways to interact with a Mac. You can now use a Force click to enable new capabilities, like quickly looking up the definition of a word or previewing a file just by clicking and continuing to press on the trackpad.

Apple's newly granted patent covers their invention relating to relates to a force sensor interface in a touch sensitive device that can be coupled with the device's touch circuitry so as to integrate one or more force sensors with touch sensors of the device.

With Apple's new MacBook, the sensory capabilities of the Force Touch trackpad allow the user to tell their MacBook what they want it to do based on subtle differences in the amount of pressure they apply. In the image below you're able to see the force sensors at the bottom of the trackpad. 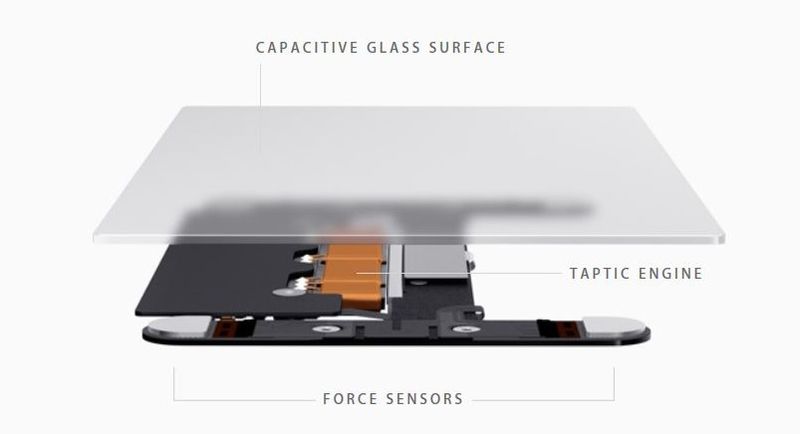 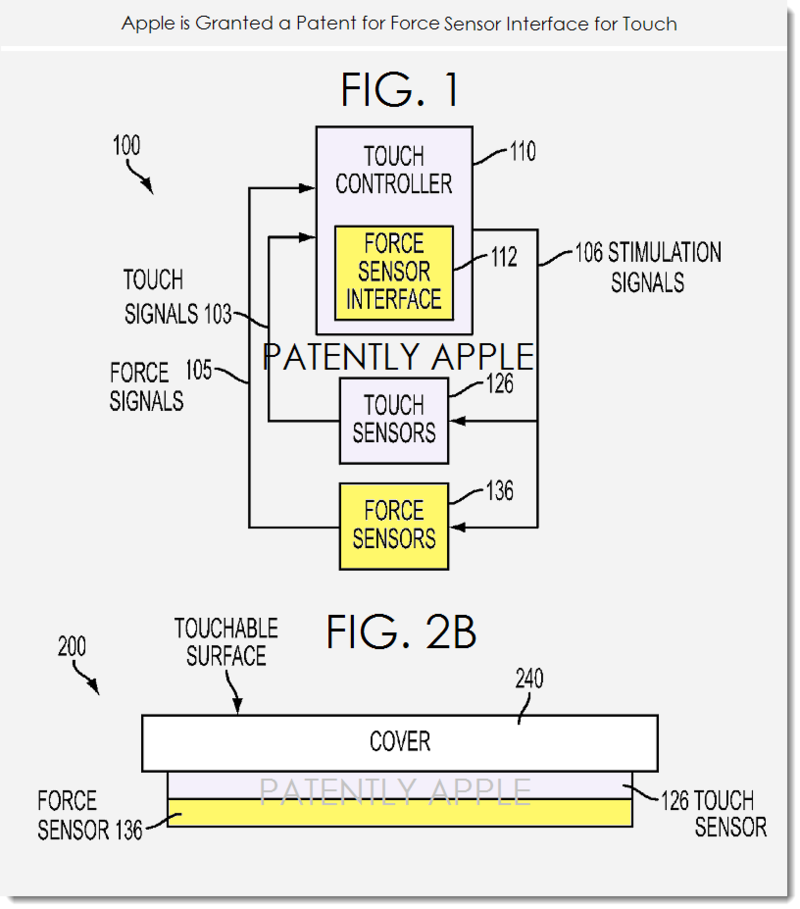 In addition to a touch sensor panel, some touch sensitive devices can include a button, which when contacted by a user can cause the device to change a state associated with the button. Pressing or selecting the button can activate or deactivate some state of the device. Not pressing or selecting the button can leave the device in its current state. In general, the touch sensitive device can recognize a press or force event at the button, and the computing system can then interpret the event and thereafter can perform one or more actions based on the event.

Apple credits Christopher Krah, Eugene Shoykhet and Martin Grunthaner as the inventors of granted patent 8,988,384 which was originally filed in Q3 2011 and published today by the US Patent and Trademark Office. This marks another patent fulfilled.