Apple Granted a Major Camera Patent that could lead to a True Zoom Lens for future iDevices, Macs and TVs 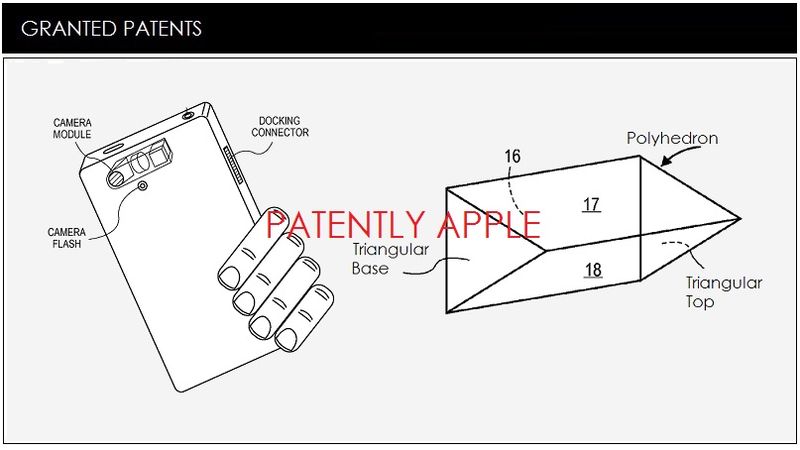 In February we posted a report titled "Apple Reveals a Zoom Lens Breakthrough for Future iDevices." In order for Apple to deliver a true zoom lens system with moveable lenses in the future, there must be a new kind of light splitter integrated into Apple's iSight camera. Such a light splitter was invented in 2011 and granted to Apple today which paves the way for a future zoom lens for iDevices and beyond.

Apple's newly granted patent covers their invention relating to a digital camera component having a light splitter cube that splits incident light from a camera scene into three color components, and three image sensors each being positioned to receive a respective one of the color components.

While this is a highly technical camera invention, there are a few things that their new invention will be able to provide iDevice users in the future. Apple notes that folding mirror can be used as the deflector. The folding mirror may be one that can be tilted and tipped (or rolled) by a powered actuator under automatic control, as part of the optical image stabilization (OIS) mechanism found in iDevices today. Such an OIS mechanism may be used instead of a conventional one that requires a moveable sensor or a moveable lens.

This part of the patent was implemented in the new iPhone 6 Plus. The new optical image stabilization works with the A8 chip, gyroscope and M8 motion coprocessor to measure motion data and provide precise lens movement to compensate for hand shake in lower light. The fusing together of long- and short-exposure images also helps to reduce subject motion. This unique integration of hardware and software delivers beautiful low-light photos.

Secondly, Apple's granted patent notes that the color splitting cube architecture may also be used in polarization imaging, advantageously without "throwing away" 50% of the incident light, as would be the case in a conventional polarization imaging technique. Use of the color splitting cube may also be advantageous in polarization sum and difference imaging in order to improve contrast and enhance visibility of targets in scattering media and assist in improved detection and feature extraction of targets in scattering media (e.g., imaging through clouds, fog, smog, and rain).

The third feature that could come from this invention is a true zoom lens. Apple notes that in their patent FIG. 5 noted below, we're able to see a combination of the light splitter #2, a zoom lens #21, and a deflector #20 within a camera module housing is shown. The zoom lens has one or more moveable lens elements whose position along the optical axis can be automatically controlled by a motorized actuator (not shown) to achieve variable magnification (and thus variable angle of view or field of view, FOV). 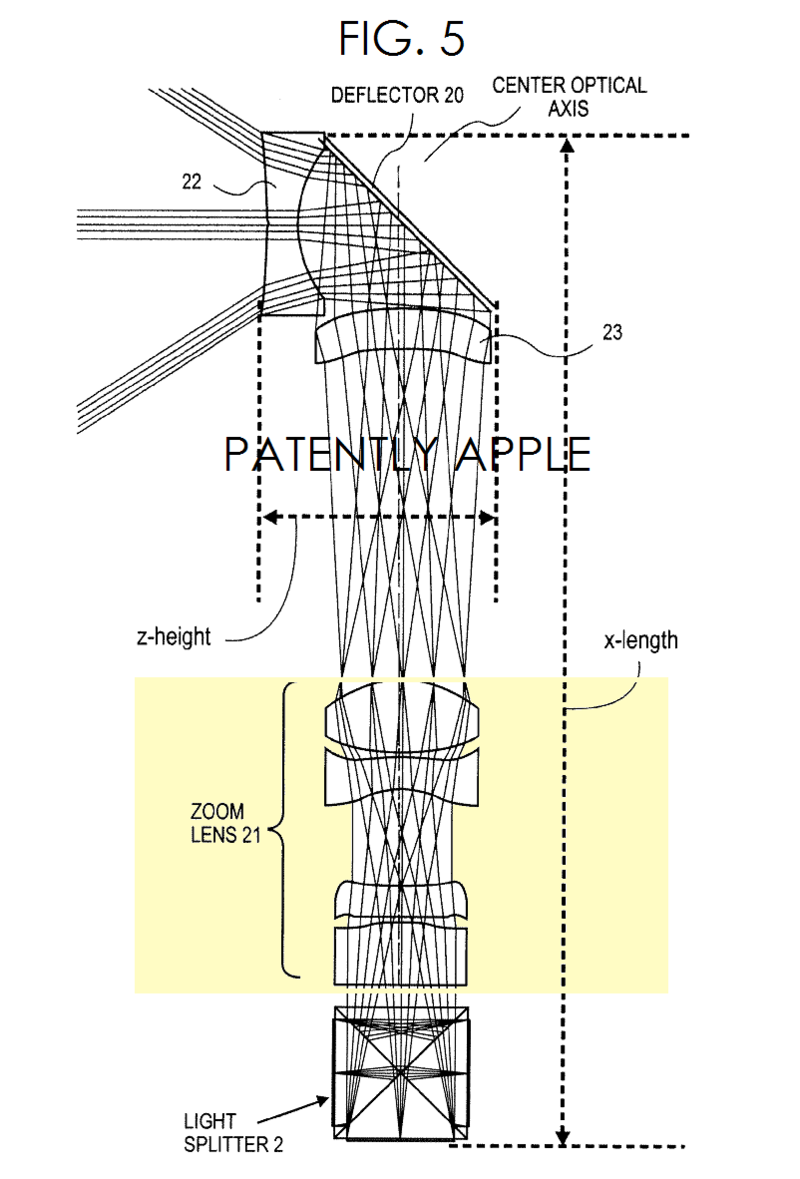 The zooms lens may be a true zoom lens that can also maintain focus when its magnification or focal length is changed. These are also referred to as parfocal lenses. Alternatively, the zoom lens may be a varifocal lens, which has one or more moveable lens elements that achieve variable magnification, but for which an additional mechanism is needed to bring the image back into focus after a change in magnification.

Apple is continuing their work on a true zoom lens to this day. We covered a new zoom lens patent application back in a February report titled "Apple Reveals a Zoom Lens Breakthrough for Future iDevices." So this is very encouraging.

In order to have a quality zoom lens system, the camera has to have a vastly improved light splitter cube that splits incident light from a camera scene into three color components, and three image sensors each being positioned to receive a respective one of the color components. This will enable the iSight camera to handle higher resolution sensors, e.g. 5 megapixels and greater, this invention will be need to be implemented in future cameras to make a true zoom lens a reality. 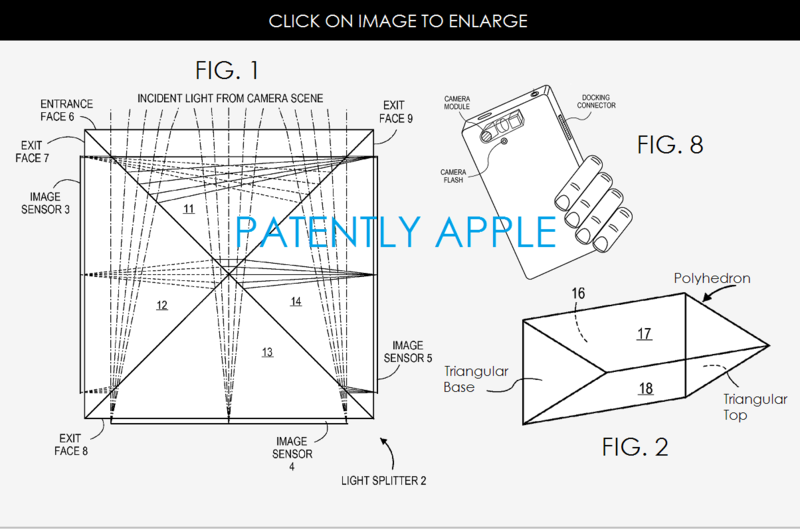 Lastly, Apple notes that the camera module may be integrated into iDevices and other types of portable wireless devices, such as laptop or notebook computers, and it may also be integrated within non-portable devices such as desktop personal computers and television monitors.

Apple credits Steven Webster and Ning Chan as the inventors of granted patent 8,988,564 which was originally filed in Q3 2011 and published today by the US Patent and Trademark Office.This granted patent covering an aspect of OIS means that this is another patent fulfilled