In September 2014 Patently Apple originally reported on a patent infringement lawsuit filed by Core Wireless who was using former Nokia patents to win their case. The company boasts about their Nokia patents on their website by stating that Core Wireless holds one of the world's largest patent portfolios related to mobile communications networks – and that "all 2,000 patents and applications were originally filed by Nokia…" In this recent case they sued Apple over six patents being infringed. The case is now over and Core Wireless failed to convince the jury that Apple infringed upon their (Nokia) patents. 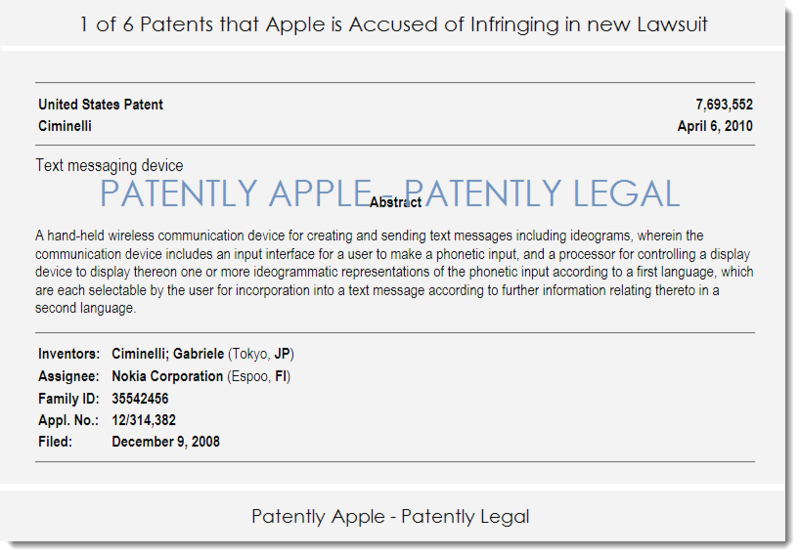 Reuters is reporting today that a federal jury in Texas on Monday said Apple Inc did not infringe Core Wireless technology patents. The report further noted that Core Wireless Licensing Sarl, a subsidiary of Ottawa-based Conversant, sued Apple for using its patents on wireless data transmission in its iPhones and iPads without permission.

The jury deliberated for about five hours before delivering its verdict on Monday night. The company, whose patents were originally held by Nokia Corp, was seeking $100 million in damages at trial. It said it was entitled to a portion of Apple's device sales, and of similar, future devices. Apple pegged damages, if any, at less than $1 million." For more on this, see the full Reuters report.