The Google Glass Team Invented a Circular Keyboard that Your Eyes were to Control …. Really

In November we posted a report titled "Google Glass, a Failure until Further Notice." We noted in that report that the first project to have emerged from Google's secretive Google X division was Glass. The high profile project that once captured the imagination of both the tech and fashion worlds alike had quickly lost favor with developers and the project is now seen as nothing more than a niche device that will likely never reach mass production unless a killer app is found. Sixty days later we posted a follow-up report titled "The Google Glass Project goes underground until Further Notice." That report covered the fact that Google had basically called it quits on Google Glass with the project going deep underground with Tony Fadell taking over the reins of the project.

Apple's CEO was on record days later saying he never thought the idea would fly. Specifically he stated that Apple "always thought it would flop." Google admitted that they never found the killer app that had the potential of igniting the public's imagination.

Google wasted time lobbying to kill legislation banning Google Glass while driving because it was constantly under scrutiny by law enforcement and governments around the world. Some early Google Glass owners were even being assaulted and bar owners were already making it clear that Glass wasn't welcome in their establishments due to privacy issues. Who couldn't understand that?

Yet the desperation to find that one killer app had the Google X team going mad and a patent published today by the U.S. Patent and Trademark Office goes to show us just how over the edge the team had gone to find that single home run.

Google filed their patent application back in September 2012 about a year after their first prototypes were put together. The invention was for a circular keyboard that could be projected onto the display of the glasses from projectors built into the inside of the Google Glass arms. As you can clearly see below the keyboard was quite elaborate.

The thing is that in order to type anything, the user would have to frantically move their eyes up, down and sideways with eye-tracking technology and sensors theoretically picking up what it perceived that you wanted to type into an email or document: Really?

Not only were you going to look like a pirate wearing Google Glass, you were now going to look like an epileptic pirate as you strained your eye muscles to extremes in an effort to simply compose an email. You only have to think about it for a few seconds before questioning the Google X team leader's sanity thinking that that this would ever conceivably fly in this century. 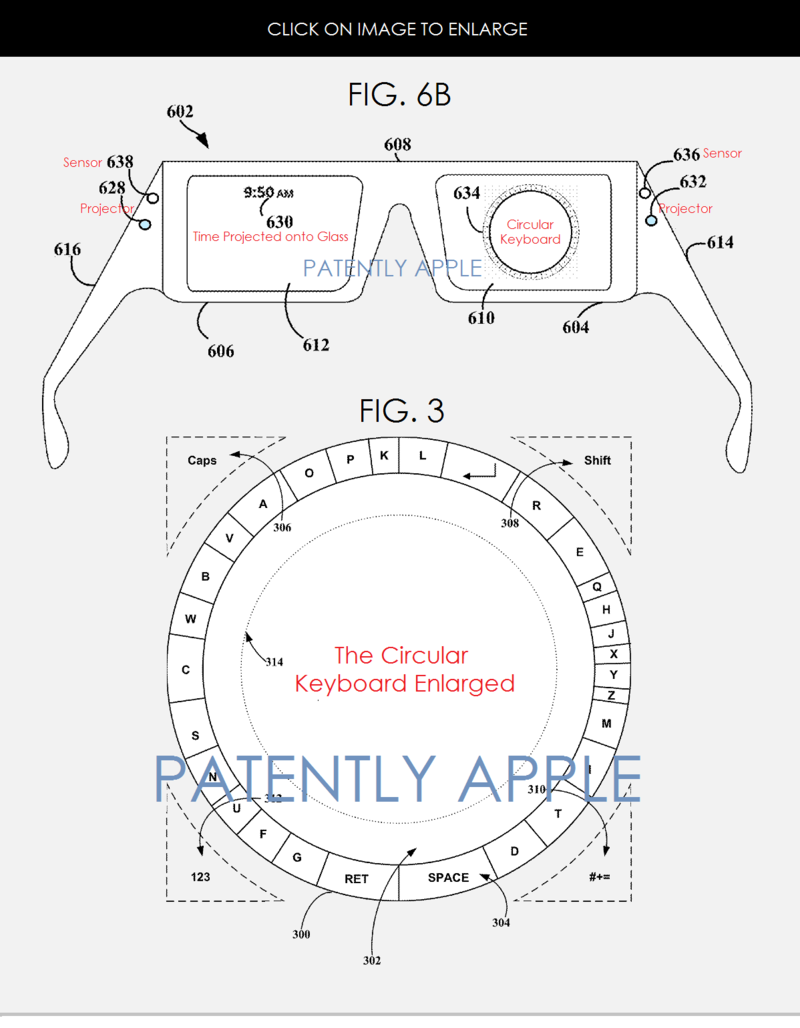 Perhaps under Tony Fadell, one of Apple's Podfathers, the project will get serious and more focused. To date there have been new rumors surfacing that Google Glass 2.0 is already in the hands of some developers. But I've heard more convincing UFO stories than those weak rumors.

In the end, we can look at this latest off-the-wall Google invention and realize that Google's original vision had simply run amok. A circular gaze controlled keyboard: Give me a break. What on earth were they thinking of?