Home Archives Contact Us Subscribe Twitter MeWe Facebook Patently Mobile
The Engineering Group Known as the IEEE has Ruled on Changing Mobile Chip licensing that will Benefit Apple & Others
Xiaomi is holding a Press Conference in San Francisco this Week Kicking Off Discussions with U.S. Carriers 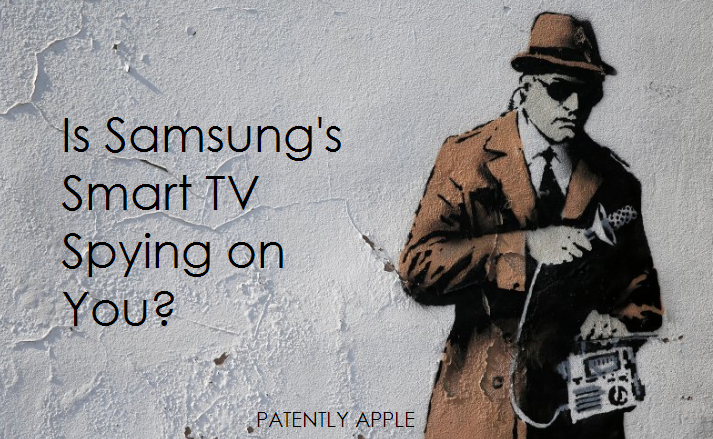 The Daily Beast set off a firestorm last week with a story that was basically about how Samsung's Smart TV could be spying on their customers. This kind of story, especially after the revelations made by Edward Snowden were made public, has taught us to not trust the government or technology companies when it comes to protecting our privacy. Of course being that this firestorm involves Samsung makes this all the more interesting and entertaining.

The Daily Beast article that was published late Thursday pointed out a sentence that was discovered in Samsung's latest privacy policy for its SmartTV. The sentence of interest comes at the end of a paragraph about voice commands as follows:

The Korean Press this morning points to an especially creepy tweet by Parker Higgins comparing Samsung's statement to a paragraph in George Orwell's book 1984 as noted in the graphic below. 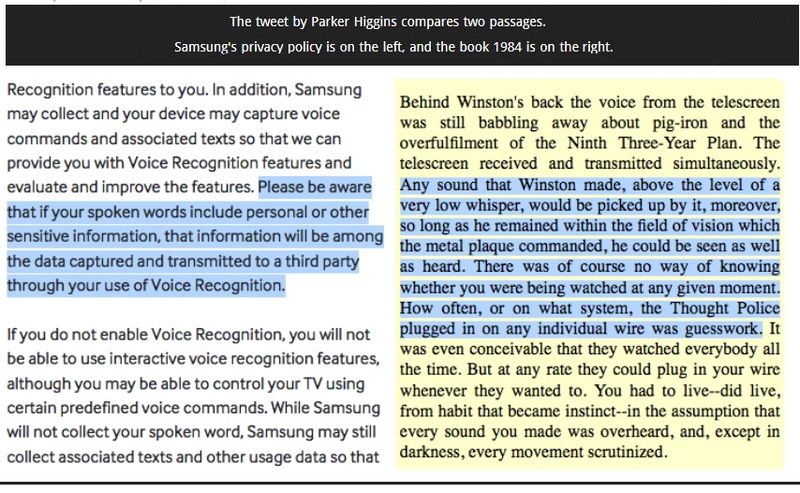 The Korean Press noted today that "The popularity of Samsung SmartTVs will most likely take a hit unless there is a change in policy."

If Apple is considering bringing Siri to Apple TV in the future, then I'm sure that the Daily Beast's report will have given their policy wonks due notice to be extra careful when drafting future privacy policies relating to Siri and beyond.