Israel's Calcalist news website reported yesterday that Apple's CEO Tim Cook is expected to arrive on Tuesday for the inauguration of the new company offices in Herzliya. While in Israel, Cook will be meeting with other senior high-tech industry executives as well as Israeli government officials.

Apple Center in Herzliya is expected to gather 800 employees, and is spread over 17 thousand square meters in the structure of Bayside. Apple currently operates a development center in Haifa where it employs several hundred. Apple is keeping an open eye for new Israeli start-ups with brilliant ideas that they could tap into.

In 2011 Apple acquired the Israeli flash memory design firm Anobit in a deal that cost the company $500 million dollars. Anobit management told its staff of the acquisition this week, according to Israeli newspaper Calcalist, after Apple's head of R&D visited the company's headquarters last week. Additionally, Apple is supposedly planning to build a research center in Israel as well, conveniently located in a hotbed of silicon design.

Apple's new Israeli office is located in the seaside city of Herzliya and an easy walk to the Herzliya Beach where resorts abound. The Ritz Carlton resort is noted below in the right bottom of the photo collage. Apple researchers will be able to walk the beach to unwind and think about designing some of the next great things for Apple and their customers. I'm sure that many Apple executives will want to spend time there … on business … or not. 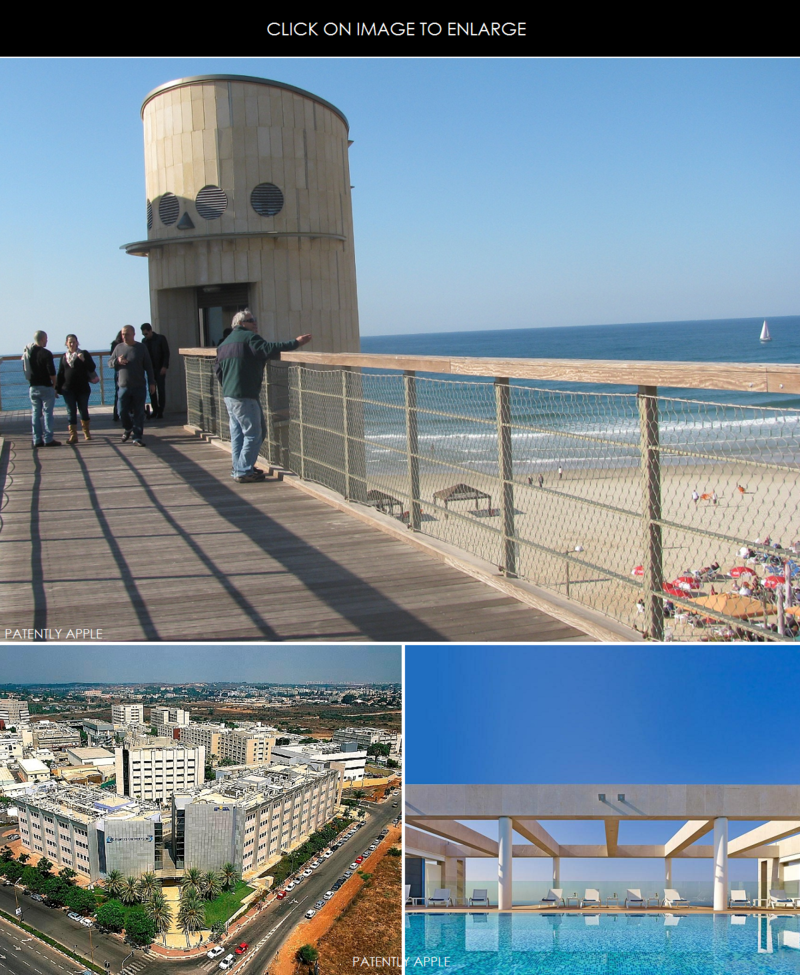 About two years ago one of Anobit's patents resurfaced as an Apple patent that could play some role in the Apple Pay basket of features down the road.

Apple also acquired Israeli firm PrimeSense back in 2013 and we reported on some of the patents that Apple would be acquiring early on. Since that time a couple of other interesting PrimeSense patents transferring to Apple have surfaced. If you're interested in 3D technology then you could read more about the new PrimeSense patents here and here.

In the end, Apple is finding Israeli's pool of talent just too hard to resist and so by setting up a state-of-the-art research centre and new offices in such a gorgeous seaside resort city/town, they're hoping they'll be able to attract a lot more top talent in the future.