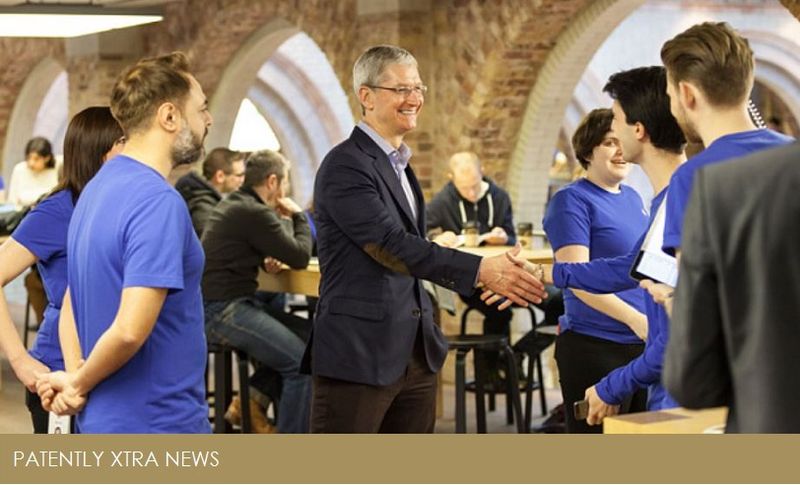 Today we learned something new from Apple's CEO. Apple Watch is designed to be able to replace your car keys and the clumsy, large fobs that are now used by many vehicles. This could be a major development and will reinforce the view that Apple is circling the automotive market.

The concept of an iOS device opening a car door was first published in Apple's patent that we covered in a report back in 2013 titled "Apple Reveals Advanced Automotive Access & Control System." Concepts found in all patents apply to a wide range of devices beyond the one focused on in a patent for illustrative purposes. What applies to an iPhone can apply to the Apple Watch, an iPad and beyond.

The noted Apple invention extends beyond just opening a car door with an iDevice. It could one day be able to remember your entire car settings for your seat, mirrors and stereo preferences. The patent also makes it clear that the technology will apply to other craft like a boat, ski-jets, golf cart, a motorcycle and beyond.

The concept is already working for Starwood Hotels for opening Hotel room doors with an iPhone 6. That's why it's likely to extend to an Apple Watch.

Being able to open hotel, home or office doors with an iDevice was first discussed in a patent report that we covered back 2010 titled "Apple Getting Serious about Near Field Communication on the iPhone." 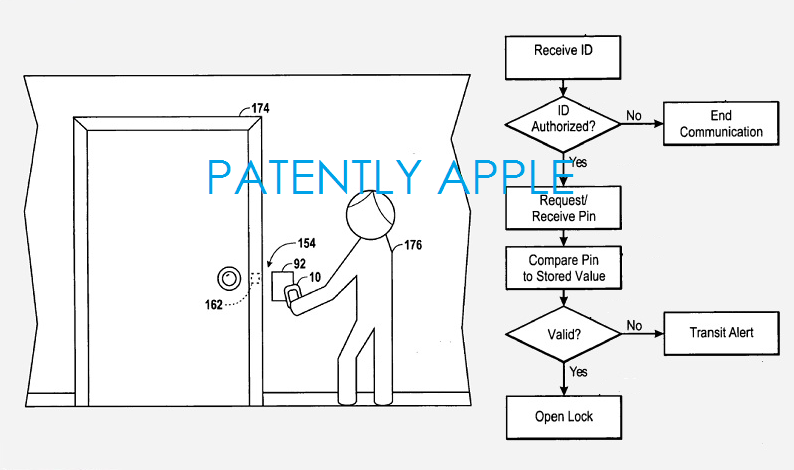 Apple's CEO has been an interesting tour of late visiting Germany, Israel and London England where he sat down with the Telegraph for an interview and made this new revelation about Apple Watch. You could read more of the Telegraph article here.