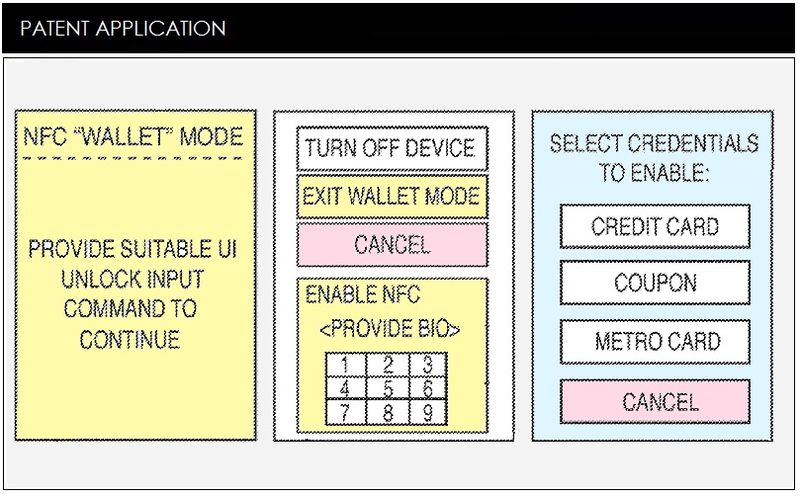 Today the U.S. Patent & Trademark Office published a patent application from Apple that reveals a new Apple Pay feature that will be able to lower NFC power drain when not in use. Apple's invention relates to the management of near field communications by using low power modes of an electronic device such as an iPhone.

Portable electronic devices (e.g., cellular telephones) may be provided with near field communication ("NFC") components for enabling contactless proximity-based communications with another entity. Often times, these communications are associated with currency transactions or other secure data transactions that users rely on every day, such as credit card payments and public transportation ticketing. However, due to the limited amount of power available to battery operated devices, the NFC capabilities of such devices are often compromised or rendered unusable when their available power drops below certain thresholds.

More specifically, Apple's invention describes systems, methods, and computer-readable media for managing power usage in a device that is capable of near field communications and/or other wireless communications technologies.

NFC component 120 may include any suitable modules for enabling contactless proximity-based communication 55 between electronic device 100 and terminal 10.

As shown in Apple's patent FIG. 2, one specific example shows that the iPhone has a specific icon #182 labeled with an NFC LOW POWER MODE textual indicator 181 (i.e., specific icon 183). When selected, the iPhone (or iDevice 100) will launch or otherwise access a specific NFC low power mode or wallet mode application (e.g., application 143) and may display screens of a specific user interface that may include one or more tools or features for interacting with NFC component in a specific manner (see patent FIGS. 4A-4G below for specific examples of such displays or user interfaces associated with low power mode). 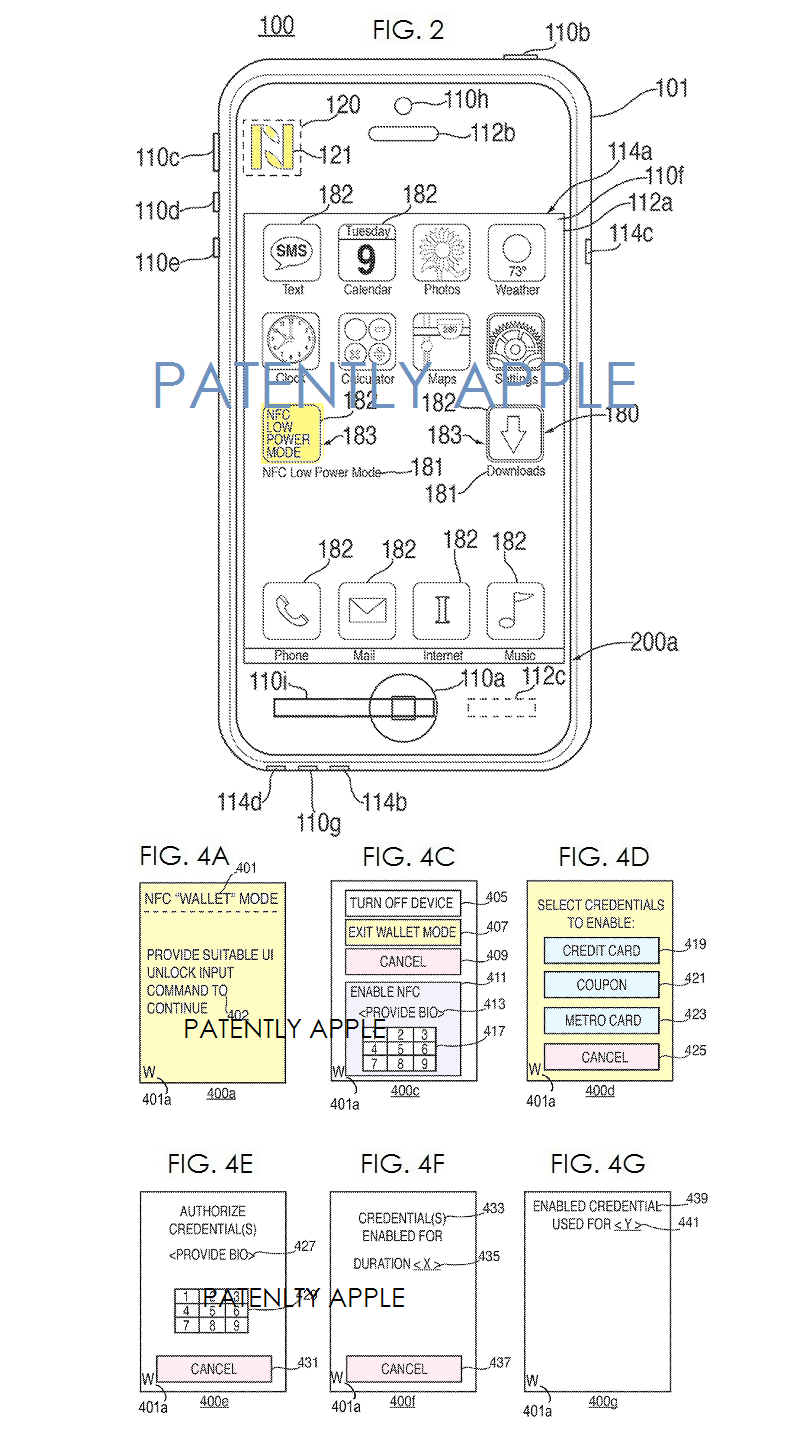 The patent is steep in technical about contactless payments and wireless technologies. If you wish to delve into the details of this invention, see Apple's patent application here.

Apple credits Ahmer Khan, Joakim Linde, Joseph Hakim and Zachary Rosen as the inventors of patent application 20150044964 which was originally filed in Q4 2013. Considering that this is a patent application, the timing of such a product to market is unknown at this time.