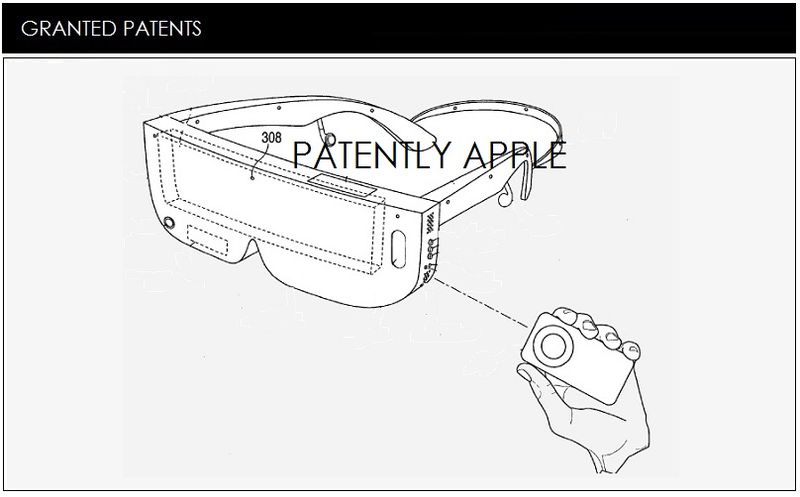 The U.S. Patent and Trademark Office officially published a series of 41newly granted patents for Apple Inc. today. In this particular report we cover a single patent covering a video headset. Apple has a few patents regarding this project. In this granted patent, Apple provides a video headset frame that allows a user to slide an iPhone or iPod into to provide the video. The headset adds features like a Picture-in-Picture (PIP) so that a user can keep an eye on their outside surroundings if they need to or keep on top of email and so forth. The system will have some physical controls but other controls may be set off by voice commands – or perhaps Siri. The system also offers advanced haptics in the earplug area so as to enhance Movie sound effects. 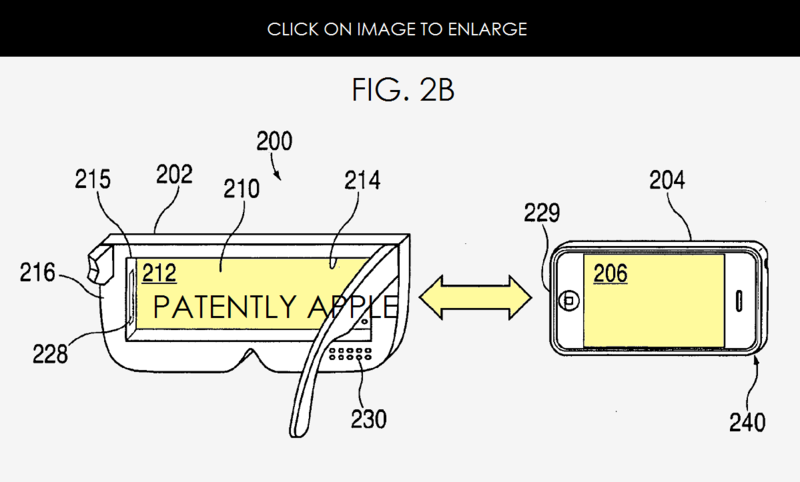 To review more of the details of this invention see our original report. Apple's concept was recently implemented by Samsung's Gear VR headset that uses a Galaxy smartphone for the VR Headset's video. 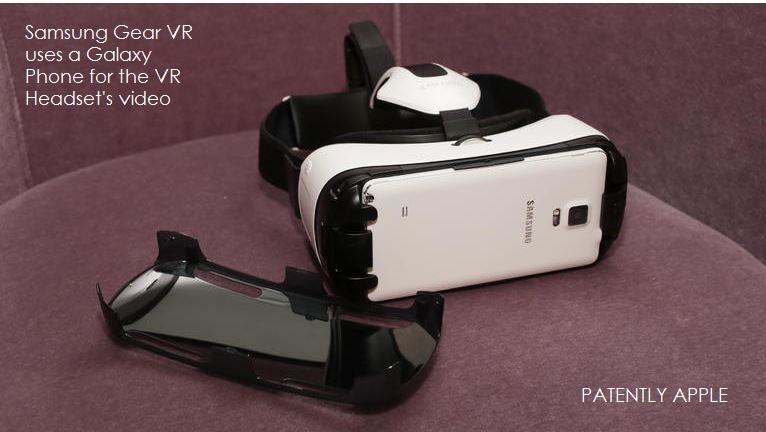 Apple credits Quin Hoellwarth as the sole inventor of granted patent number 8,957,835 that was originally filed in 2008. Other Apple patents on a video headset could be found here: one, two and three.