In 2013 Apple acquired 18 patents from Canada-based Maya-Systems, Inc. related to "innovative axis-based user interface technology." Apple was granted their first patent relating to this technology a year ago this month. Today Apple was granted their second patent related to this project. The technology is an entirely high-end radical multidimensional file system for Macs and possibly Apple TV. The system was first introduced at CES in 2012. It was the first all-in-one content management, sharing platform and workflow management software to use an axis-based interface. We also covered Apple's acquisition of this technology back two years ago this month. Our report briefly covers Apple's granted patent and presents you with a video from Maya-Systems that discusses the overall system. Whether this system will work itself into Apple's alliance with IBM for the enterprise is unknown at this time.

Apple's newly granted patent covers their invention relating to computer systems and more specifically to user interface that manages user-selectable icons and content icons. The system covers a method and a system that organizes information in an improved manner over known information organizing methods and systems.

More specifically, the invention provides non-transitory computer-readable medium that includes computer-readable instructions operable to perform a method of displaying an on-screen graphical user interface, the method comprising providing a plurality of user-selectable icons, and a plurality of content icons representing respective items of contents; generating image data for the on-screen user-interface with a multi-dimensional array which includes a first axis comprising the plurality of user-selectable icons adapted to be arranged in a specific direction and which is also adapted to include a second axis comprising the plurality of content icons in a direction intersecting, or abutting, the first axis; and outputting the image data for the on-screen user interface related to displaying the contents to a display, wherein the generating displays the second axis to intersect, or abut, the first axis, in accordance with at least one embodiment of the invention. 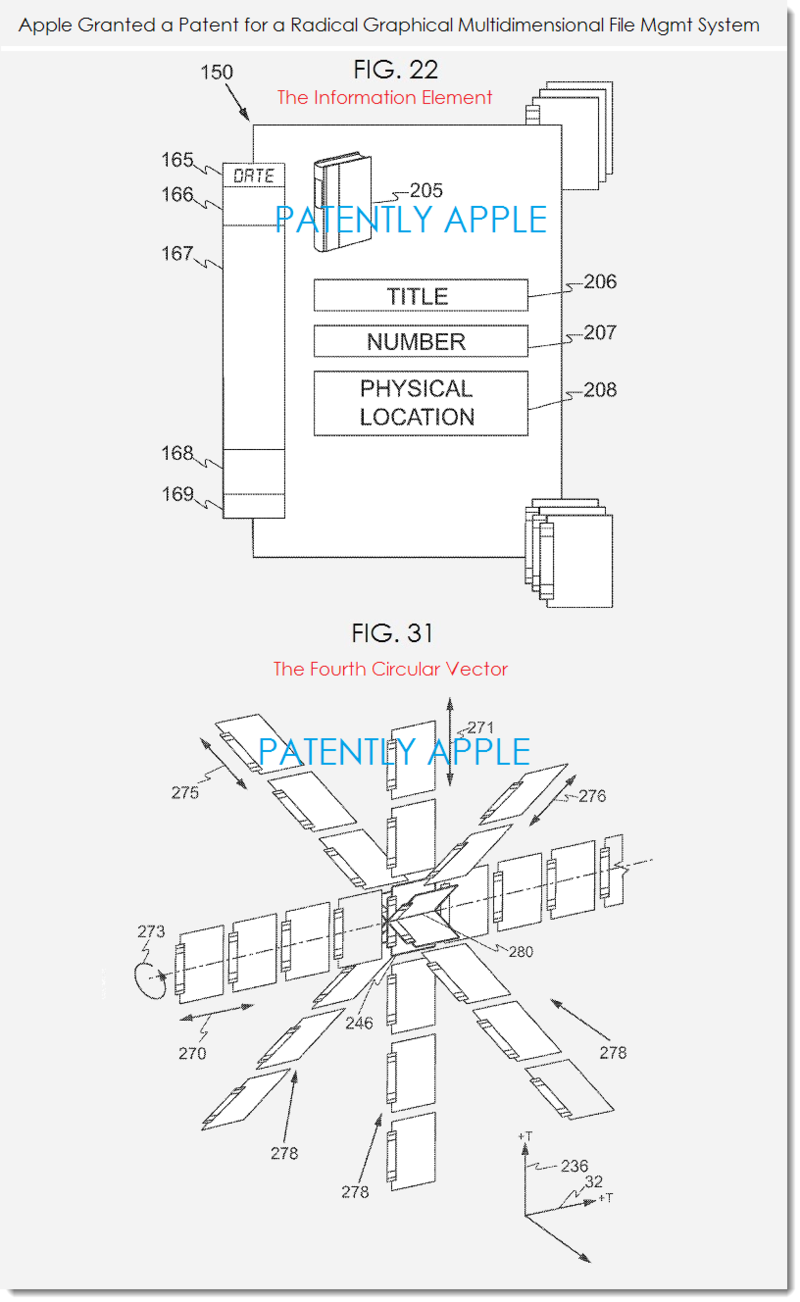 To better understand the technology in how it could work in the enterprise, we present you with Maya Systems software presentation explaining their once called iamorganized software.

Apple credits Mathieu Audet as the sole inventor of granted patent 8,954,847 which was originally filed in Q4 2011 and published today by the US Patent and Trademark Office.