Apple Files for "WatchKit" Trademark in the U.S. and Hong Kong China

Today the U.S. Patent & Trademark Office published two of Apple's latest trademark filings for "WatchKit" which were originally filed on February 20. In addition, Apple filed for the same trademark in China with an added International Class specification. Apple's WatchKit is an SDK for developing Apple Watch apps. It is included in iOS 8.2 beta 3, iOS SDK 8.2 beta 3, and Xcode 6.2 beta 3. Apple submitted several specimens showing the mark as used in commerce on or in connection with any item in the class of listed goods and/or services, consisting of screenshots of Apple's website where software is available for download. 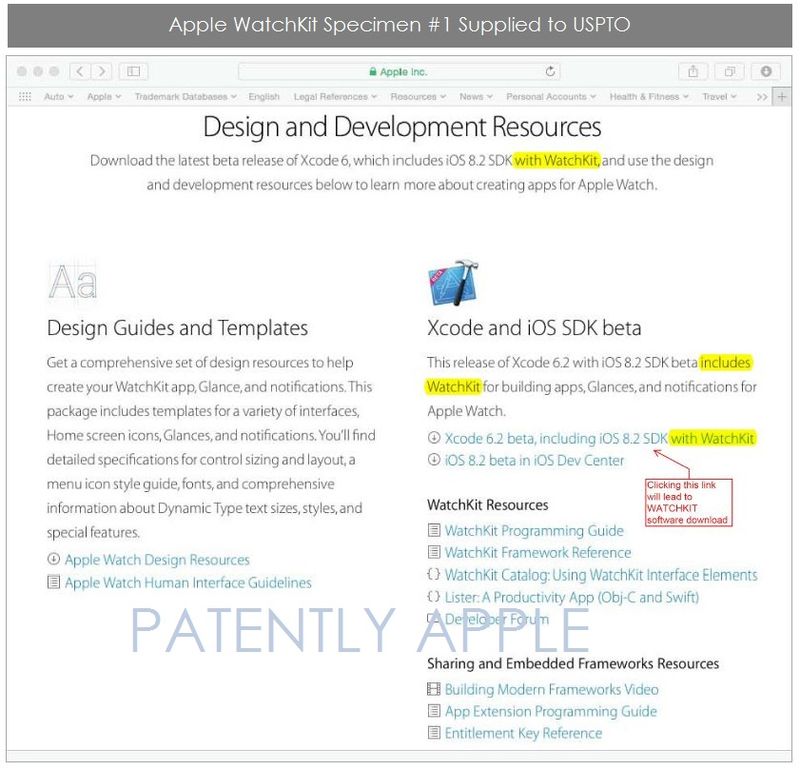 The other specimens from Apple included webpage panels from their WatchKit web page.

Apple also filed for this trademark in Hong Kong China today under application number 303310938. Apple filed it under International Classes 09 and 42 as above but added class 14 which covers the following: