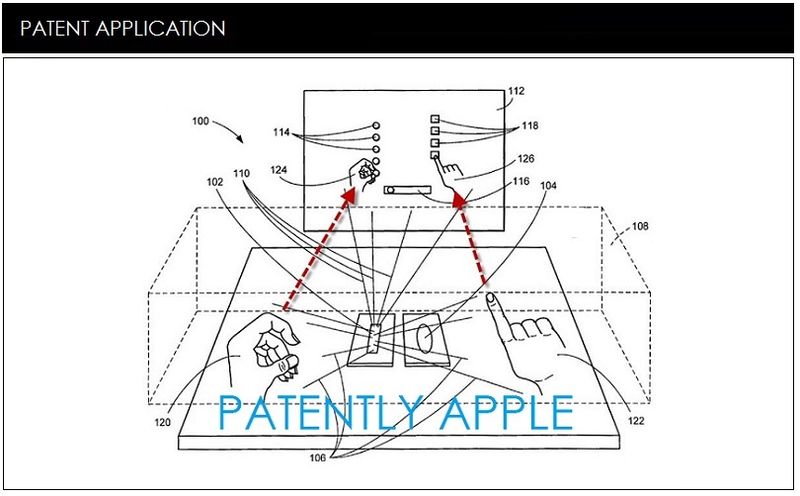 The first patent application (20150042568) that we're covering is titled "Three-Dimensional Imaging and Display System," which was first covered in our 2011 patent report that generated a lot of buzz. Our cover graphic noted above illustrates one of the invention's key patent figures. Apple revisited this patent back in October 2014 and today Apple is back once again to tweak/update/advance their patent claims.

Although the 2011 published patent application discussed "scanning beams," it wasn't covered in the patent claims. Apple now makes this a priority in this latest patent filing. Apple's patent claim number one now reads as follows:

In light of Apple's acquisition of PrimeSense, 3D projects like the one found in today's patent application could one day become reality. The wild concept of being able to control a display or television by manipulating virtual objects within an "imaging volume" or holographic box to work with virtual items like a keyboard or audio controls and beyond, is still a cool idea that could be a part of a future Apple TV box or display.

In a second infrared related patent (#20150042819) published today by the U.S. Patent and Trademark Office, Apple revisits their patent application that we covered extensively back in a 2011 report titled "Apple working on a Sophisticated Infrared System for iOS Cameras."

The system could one day allow your iPhone or iPad to act a private art gallery or museum guide. To a certain extent Apple could combine their work in this patent filing about infrared with iBeacon technology as we noted in a 2014 report about the coming indoor location system wars with Google. 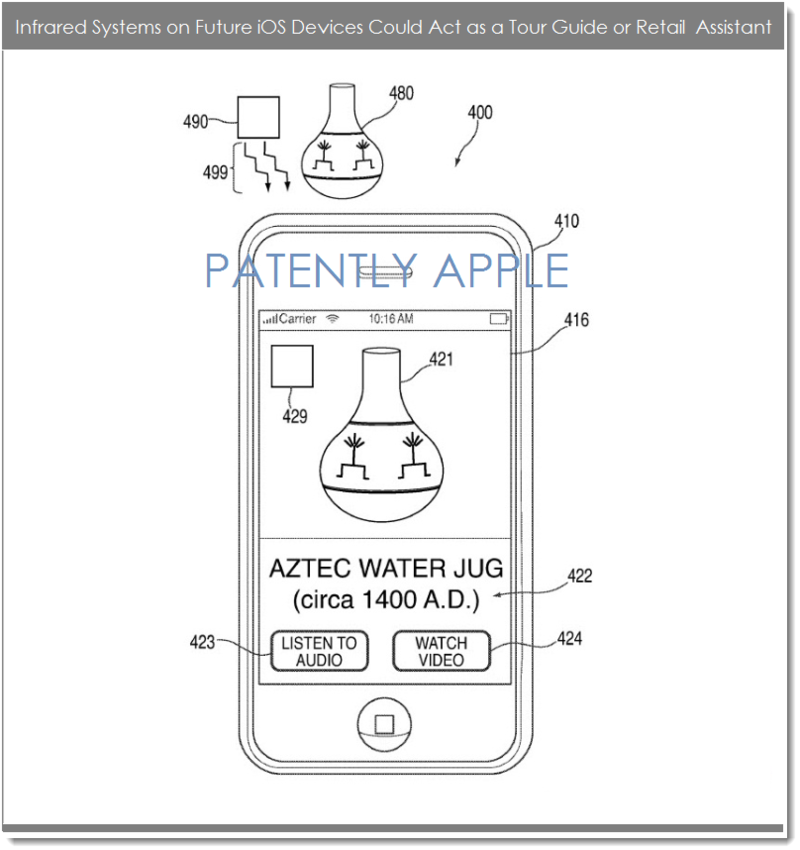 Apple's patent application also caused quite a stir back in 2011 because the technology revealed that it could technically block cameras from recording music and taking photos of the artists as noted in the patent figure noted below.