It appears that Samsung may have waged a sly propaganda war against Qualcomm over the last couple of months. To understand Samsung's propaganda we have to look back and follow the sequence of rumors to see where they now lead us.

We reported on the first Korean report back in early December that stated both LG and Samsung could be in big trouble with launching new smartphones on schedule due to the new Qualcomm 810 processor having overheating problems.

Then a second report was published in Korea on January 15 claiming that Samsung was sidelining Qualcomm's Snapdragon 810 for its own Exynos processor just until the overheating issue was solved and then gradually reinstate the Qualcomm processor for the majority of smartphone shipments over time. 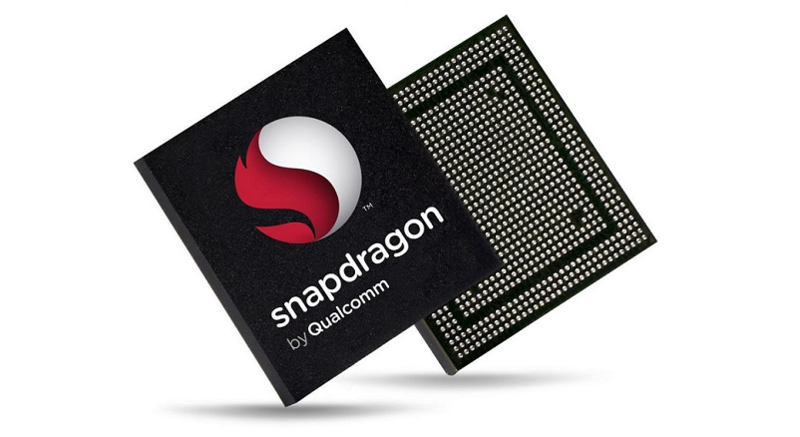 The latest Korean report now shows that there may not have been as big a problem with the Snapdragon 810 as first thought and that Samsung's true colors have emerged showing that they're preparing to go to war with Qualcomm with their new Exynos processors.

Today's Korean report states that "The competition between Samsung Electronics (SEC) and Qualcomm over smartphone application processors (AP) has been ignited. Public attention is drawn to whether SEC will be able to destroy the stronghold that Qualcomm has had for a long time with the Exynos 7420 based on the 14nm process."

According to industry insiders, as the 64bit AP began to be installed in premium smartphones, such as the Galaxy S6 and the G Flex 2, this year, an uncompromising match between the 'Snap Dragon 810' of Qualcomm, which has been dominating the market for a long time, and the 'Exynos 7420' of Samsung Electronics is predicted.

SEC is planning to drastically increase the use of its 'Exynos 7420' in its strategic model Galaxy S6 this year. Qualcomm's 'Snap Dragon 810' was applied to the G Flex 2, recently released by LG Electronics, and Xiaomi's Mi Note Pro. The two APs will also compete fiercely to find their way into other manufacturers' premium smartphones scheduled to be unveiled in February or March.

The report further notes that "Looking at the disclosed specifications, the CPU speed, process and power consumption, Samsung's Exynos 7420 has the upper hand. The operating speed of Exynos is 2.1GHz, faster than that of Qualcomm's Snap Dragon 810 at 1.6 GHz. As the 14nm technology is applied, it consumes less power than the Qualcomm chip based on the 20nm technology. However, at the moment only Qualcomm can offer the communication modem and AP in one chip.

To counter that one advantage, SEC moved their modem development team, which used to be in the Wireless Business Division, to the System LSI Division last year, and is now carrying out a development project for integrating the AP and the modem chip. The company is trying to develop a chip integrated with the modem chip, which has a high technological barrier, on its own, and rapidly chase Qualcomm.

Yet on the processor alone, one industry insider noted that "It will be possible to check the advantages and disadvantages besides the disclosed specifications only after the phones are released. However, the superiority in specifications will definitely give a marketing opportunity to Samsung Electronics' AP."

Samsung has great confidence in the performance of the 'Exynos 7,' which the company developed on its own using the 14nm FinFET process and thinks that it could get the better of its rival Qualcomm in 2015.

The System LSI Division of SEC had a hard time because of the heat problem of the Exynos 5410 in the Galaxy S4 back in 2013. Most thought that Samsung had abandoned this market until the Exynos 7 series emerged recently.

The report further stated that "the industry consensus is that it will be a product that will be quite competitive in the mobile AP market, which has been monopolized by Qualcomm." The question is what consensus? It was just revealed that Samsung intends to take on Qualcomm and instantly there's an "industry consensus?"

In order to build their AP business against Qualcomm using the 14nm processor, they may have given Apple a deal that they couldn't refuse in order to have their plant humming and up to speed so that they could take on Qualcomm.

In the end, it appears on paper that Samsung had successfully mounted a propaganda and smear campaign against Qualcomm through a series of very calculated rumors to erode confidence in Qualcomm's Snapdragon processor 810. Yet with LG recently debunking the overheating issue and Xiaomi having boldly charged ahead with confidence for the new Snapdragon processor in their new Mi Note Pro, Samsung's planted rumors have done little to hurt Qualcomm while exposing their own hypocrisy.

On the other hand, the Samsung rumor was at its strongest going into CES, the most important industry event of the year. Was Samsung able to use that faked-out Qualcomm rumor to sign other smartphone OEMs to their new Exynos processor? By Samsung deciding to go to war with Qualcomm at this point in time, after CES, it would strongly suggest that it did. One would only start a war if they knew that they had customers backing them up.

With Samsung's profits crashing in the second half of 2014 to startling levels, Samsung has to shake things up. At one point in time Samsung was a good partner of Apple's before they turned on them. That tactic proved to be a winner. Samsung now needs a new enemy and a new war to get their company fired up and back on track. Qualcomm is now their new target. Will they succeed again? Only time will tell.

Note: A new report published in South Korean on Jan. 27, 2015 states that "Samsung will reportedly power around 70 percent of the Galaxy S6 units, which will debut at the Mobile World Congress in Barcelona in March, aiming to reduce its reliance on the U.S. chipmaker."