Microsoft's Kinect Camera Could be used in another Crappy Product

The original Xbox One with Kinect was a bomb. The Kinect sensor was an ongoing buggy problem and many hated it right out of the gate. Rob Fahey at Mobile Gaming noted that "in an age of actually rather justifiable paranoia about privacy, a camera in your living room that never turned off made plenty of people downright uncomfortable."

While some refurbished Xbox One with Kinect bundles can still be found on Best Buy's online site and Microsoft still officially offers it online as well, in general, the vast majority of gamers have long given up on this bundle thinking that it was a rather crappy idea. In fact, one inventor agreed with that assessment so much that he actually designed the ultimate smart toilet that deeply integrates Microsoft's Kinect camera to prove that point. 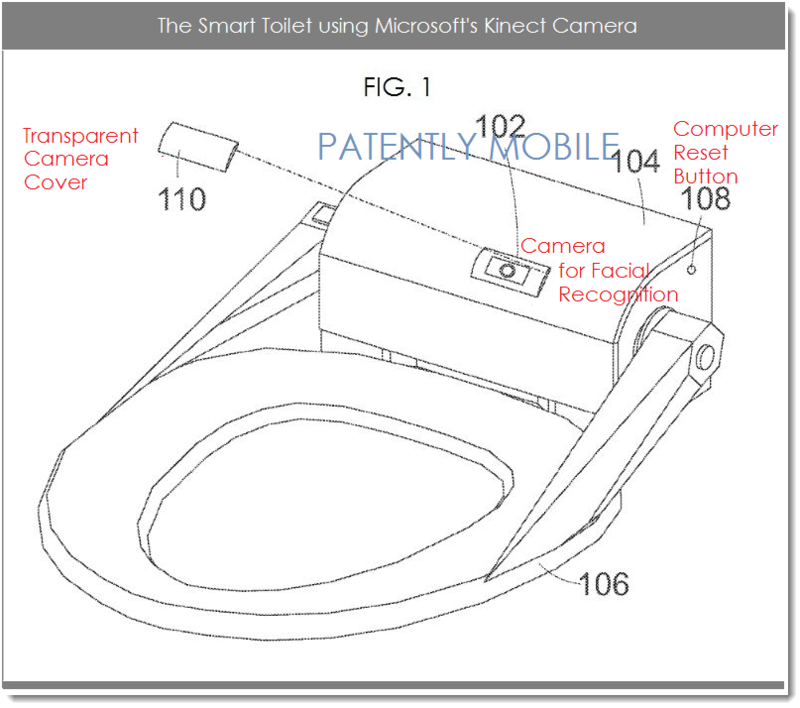 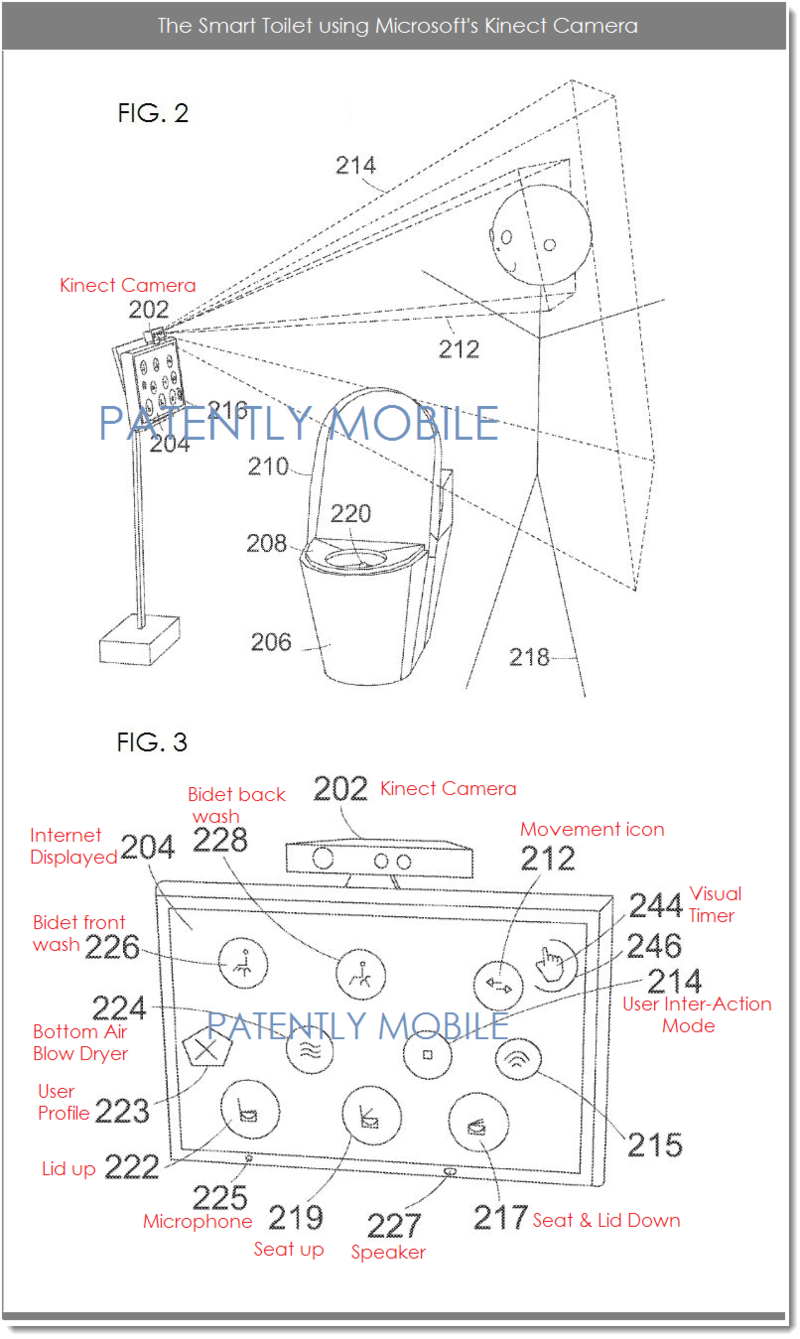 Considering that the invention was originally hatched in the French speaking part of Canada, we thought it only fair to dub it "Le Toilet Menu."

At the end of the patent, the inventor has a segment titled "Conclusions, Ramifications and Scope. It's so crazy that we thought that we'd add it the report. In-part it reads as follows:

Hmm, what will they think of next? Well, that's a good question. Microsoft just announced this week that their digital assistant known as Cortana is coming to Windows 10. So it wouldn't surprise me in the least if this feature found its way into a future update to this invention. Imagine Cortana greeting you after recognizing your face and that twiinkle in your eye, then assist you along with your business and promptly say "thank-you come again" by name, no less, when you're about to depart. Yes, now wouldn't that be a nightmare.

For the doubters amongst us who could think that this report is a total fabrication, you're free to check it out for yourself under U.S. patent application number 20150000026.

For those of you who are totally paranoid of bacteria to the extent that Howard Hughes was, it's a dream machine come true. Well, at least on paper. Will this become a money making invention or will the inventor just be throwing his money down his overly elaborate toilet? Only time will tell.