In September we posted a report titled "Samsung weeps as iPhone 6 Mania Rocks around the Globe." There was just something in the air about the iPhone 6 that was different from some previous models. In part it was the introduction of Apple's first Phablet taking on Samsung's Galaxy Note. Apple was taking the battle to Samsung and there was electricity in the air as the battle began. Today, to a new study by Kantar tells us that the iPhone 6 had won the war by a wide margin in the U.S.

Kantar's study states that iPhone 6 represented 19% of overall smartphone sales in the US for the three months ending in November 2014 which almost doubled the second best-selling phone, the Galaxy S5, which captured 10% of smartphone sales.

Overall, Apple devices attracted more smartphone replacers (80.9%) compared to Android. The report noted that "Apple's new models are not only selling well but also are satisfying their new owners. The iPhone 6 Plus registered the highest Net Promoter Score (NPS) in Kantar Worldpanel ComTech's survey, at 82.9, while the iPhone 6 scored 71.3. 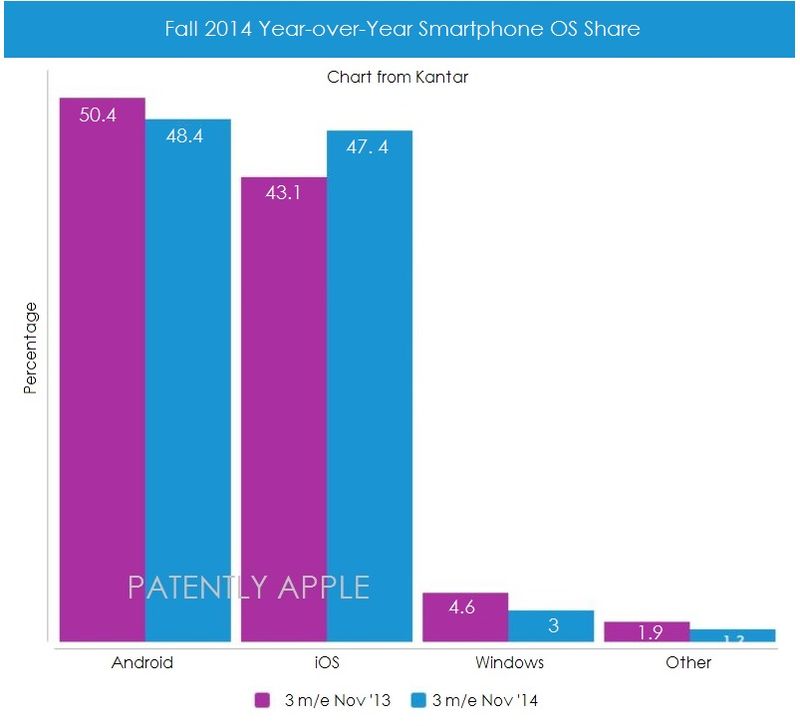 The duopoly that Apple and Samsung have achieved in the US is clear not only based on current sales but also on the intentions expressed by consumers about purchasing their devices in the future. Among smartphone owners looking to upgrade in the next three months, 51.8% said they would buy an Apple while 22.7% said they would buy a Samsung.