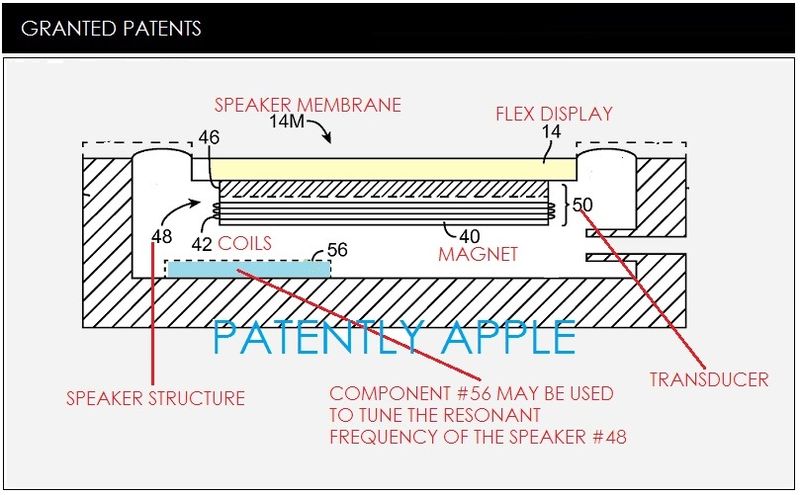 In December we posted a report titled "Apple's Patented Idea of Displays Doubling as a Speaker Could Come to Life with New Gorilla Glass from Corning" which covered an MIT Technology Review article about Corning's new glass that had properties that could turn displays into speakers. Apple's first granted patent on this type of invention surfaced last August and today Apple was granted a second patent from the US Patent and Trademark Office that details this invention even further. The invention will apply to flexible OLED displays. According to Apple's patent filing, the kind of display  may apply to a possible future version of Apple Watch in addition to other iDevices and Macs. That could open the door for Siri on Apple Watch down the road. That would fulfill the Dick Tracy component of Apple Watch. Now how cool would that be?

The flexible display may have an active area that is configured to display images to a user. Speaker membranes may be formed from the active portion of the flexible display. The display-based speaker structures may be driven by transducers that receive an electrical audio signal input from circuitry in the electronic device. Piezoelectric transducers or transducers formed from coils and magnets may be used to drive the display-based speaker structures.

An electronic device may be provided with an array of display-based speaker structures. The speaker membrane for each speaker structure may be stiffened with an associated stiffening structure. Each stiffened speaker membrane may be surrounded by a ring of flexible display that is configured to absorb lateral vibrations and thus prevent interference between neighboring speakers. 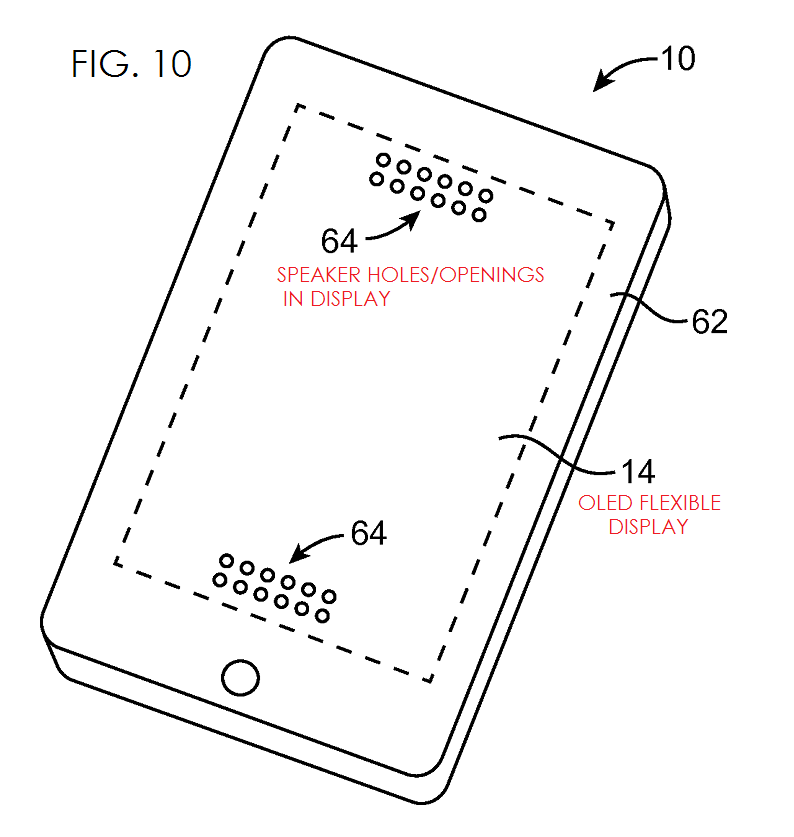 As noted above in Apple's granted patent FIG. 10, one or more holes such as holes 64 (sometimes referred to as openings or speaker openings) may be formed in cover layer #62 so that sound may pass from speaker #48 to the exterior of the device. The holes may be formed in a "speaker grill" fashion in which an array of openings is formed in front of one or more speakers. The holes may have a diameter between 0.25 mm and 0.5 mm, between 0.5 mm and 1 mm, between 1 mm and 1.5 mm, more than 1.5 mm, less than 1.5 mm, etc. The size, shape, and number of openings formed in cover layer 62 may depend on the type and number of speakers in desired in the device. 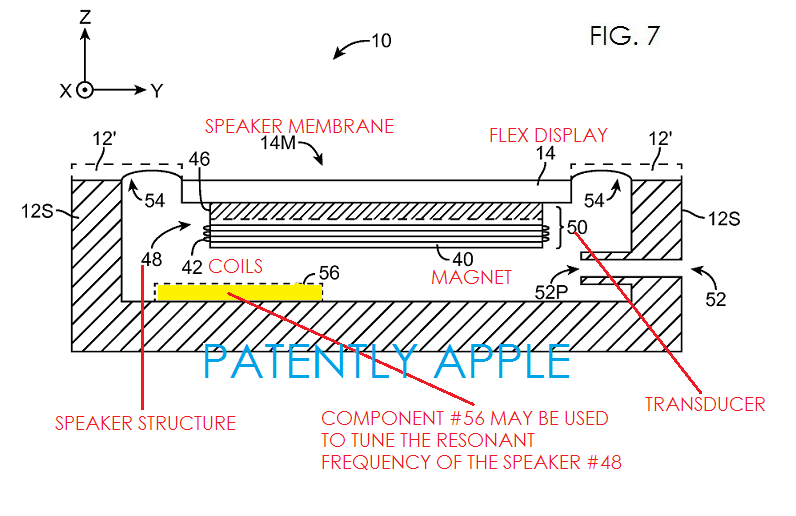 Apple's granted patent FIG. 7 noted above is a cross-sectional side view of a portion of an illustrative electronic device in which a flexible display forms part of a speaker structure

Apple's granted patent FIG. 11 noted below is a cross-sectional side view of a portion of an illustrative electronic device in which a flexible display is stiffened with a support structure. 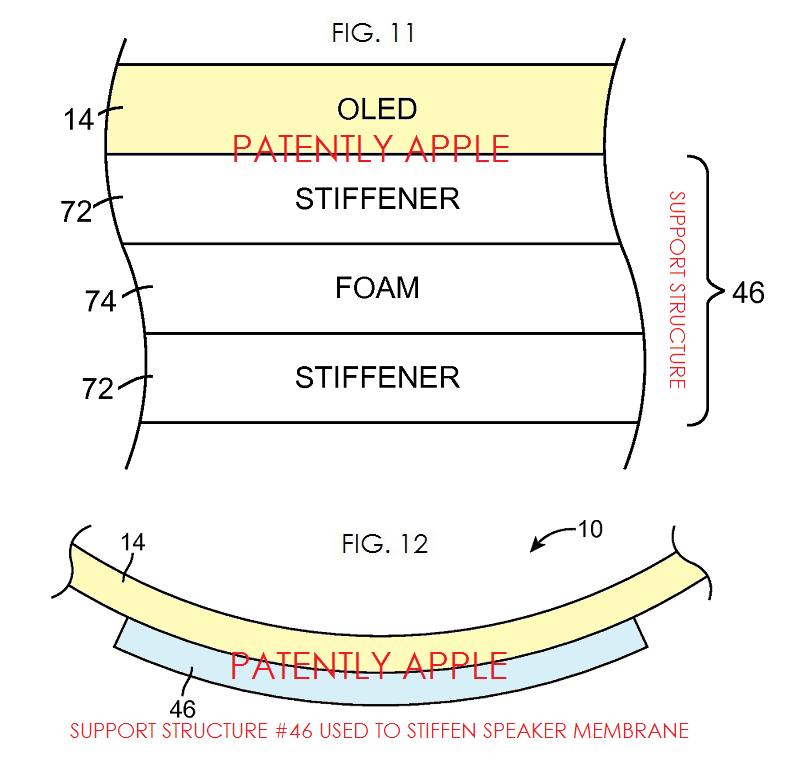 Apple's patent FIG. 12 noted above is a cross-sectional side view of a portion of an illustrative electronic device having a curved flexible display with a curved support structure.

Apple credits Jeremy Franklin, Fletcher Rothkopf, Scott Myers and Stephen Lynch as the inventors of granted patent 8,934,228 which was originally filed in Q1 2012 and published today by the US Patent and Trademark Office.