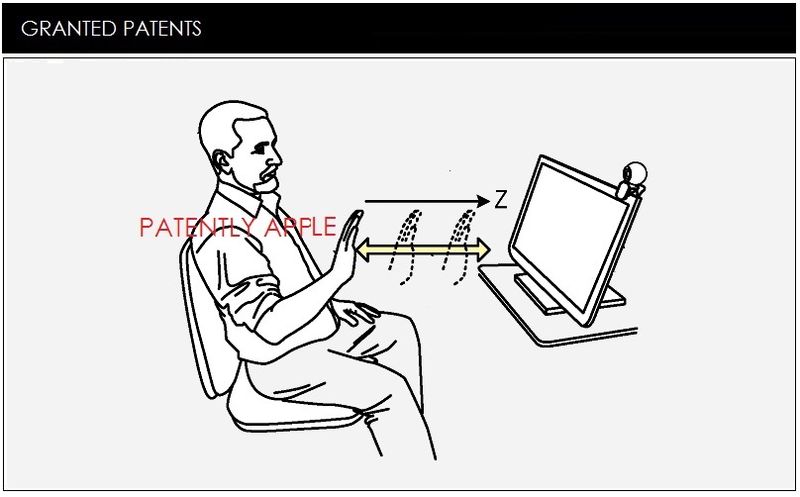 The US Patent and Trademark Office officially published a series of 34 newly granted patents for Apple Inc. today. In this particular report we cover a single patent that Apple inherited from PrimeSense about a 3D Air Gesturing System for a future computer or 3DTV. Shortly after Apple acquired PrimeSense we posted an extensive report on the patents that Apple inherited. It included a number of patents regarding gaze and air gesturing controls for a computer or 3DTV which meshed well with Apple's own research noted in our December 2013 report. Then in late December 2014 we posted two reports covering this air gesturing system with a 3D Zoom-based UI and an air gesturing system for future iDevices. We also discovered a patent in Europe last week regarding a 3D Scanning Engine. Today Apple was granted another air gesturing system that was inherited from PrimeSense extending through to a 3DTV.

Push, Wave and Up Air Gestures 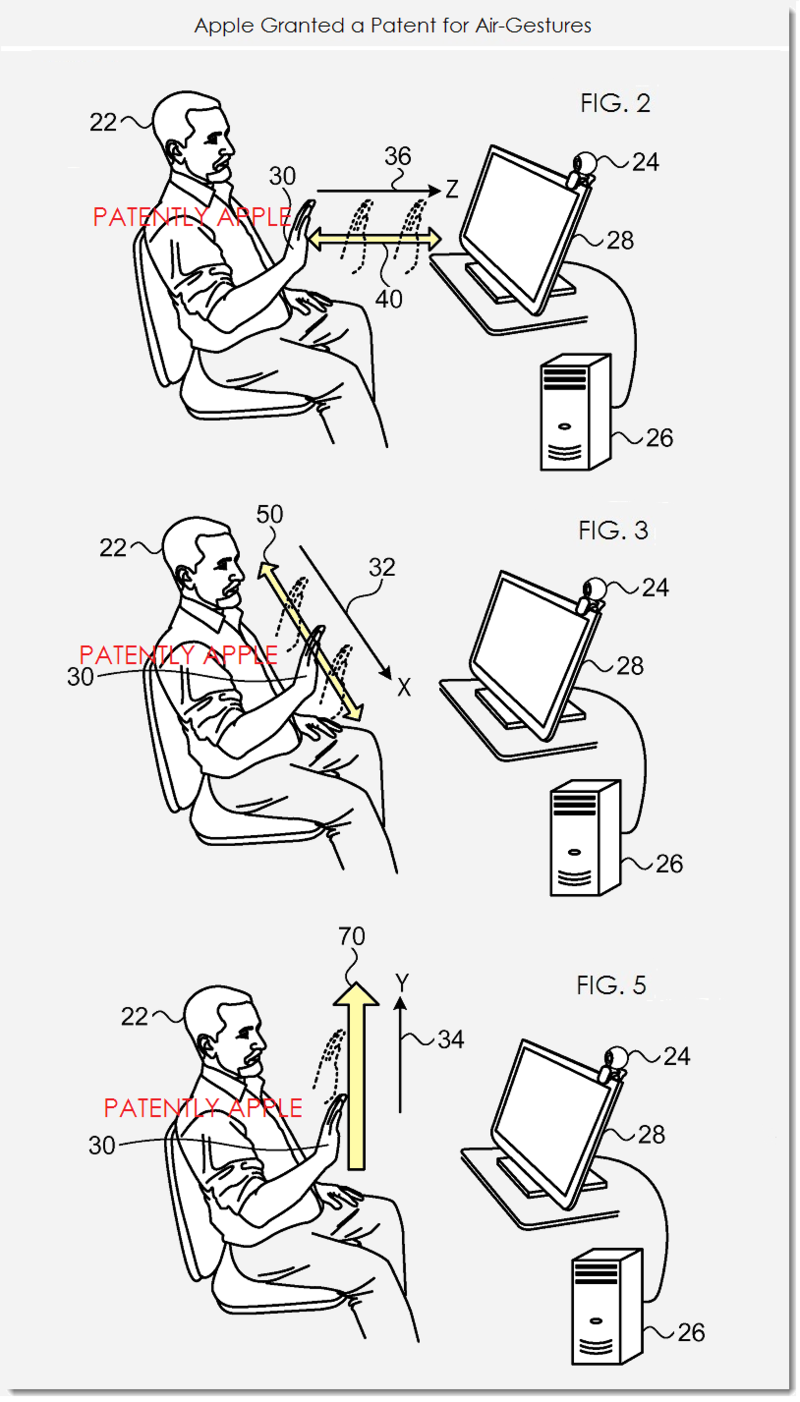 Apple's granted patent FIG. 4 noted below is a schematic pictorial illustration of a computer conveying visual feedback to the user, as the user performs a focus gesture.

Apple's granted patent FIGS. 6A, 6B, 6C, and 6D as noted above are schematic pictorial illustrations of the non-tactile 3D user interface responding to vertical movement of the user's hand; FIG. 8 is a schematic, pictorial illustration showing a sensing device configured to convey visual feedback to the user indicating the user's position relative to a field of view of the sensing device; and FIG. 7 noted below is a state diagram that schematically illustrates states of the non-tactile 3D user interface. There's a lot to explore in granted patent and you could do so here.

Apple's granted patent credits PrimeSense/Apple engineers Micha Galor, Jonathan Pokrass and Amir Hoffnung as the inventors of granted patent 8,933,876 which was originally filed in Q4 2011 and published today by the US Patent and Trademark Office.