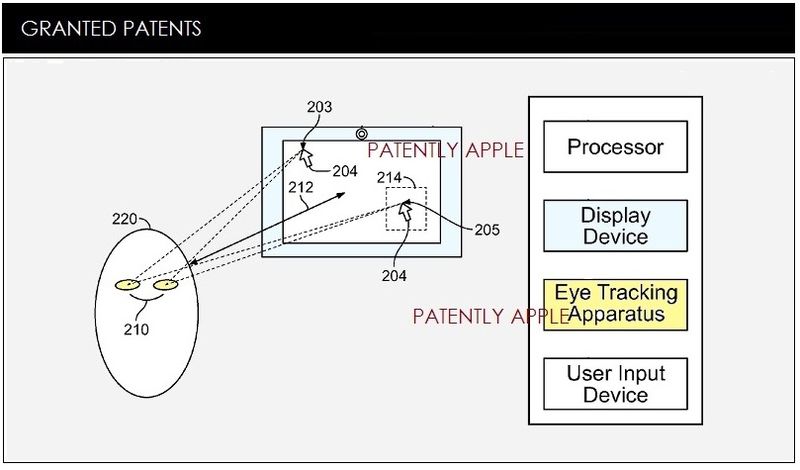 The US Patent and Trademark Office officially published a series of 12 newly granted patents for Apple Inc. today. In this particular report we cover a single patent that relates to eye tracking and gaze controls that will apply to all future iDevices, the MacBook and more importantly, for use in your car, in a future gaming console or entertainment system. Controlling a system using advanced eye tracking is tricky and Apple's granted patent discusses how their system will overcome the number one problem facing eye tracking systems today: Troxler fading. Other tech companies that are interested in eye tracking and gaze controls include Sony and Samsung.

Patently Apple was first to cover this patent application back in October 2013 under the report title "Apple Files Eye Tracking System with Advanced Gaze Controls." You can find more details and graphics pertaining to this invention here. 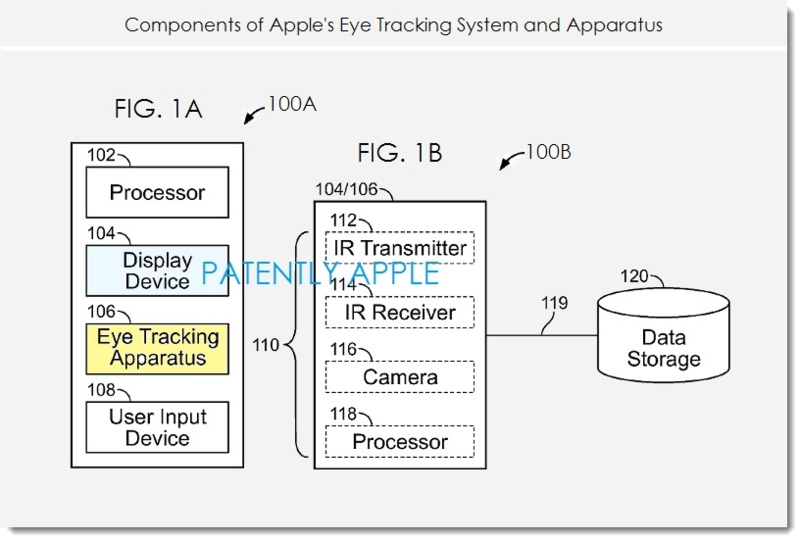 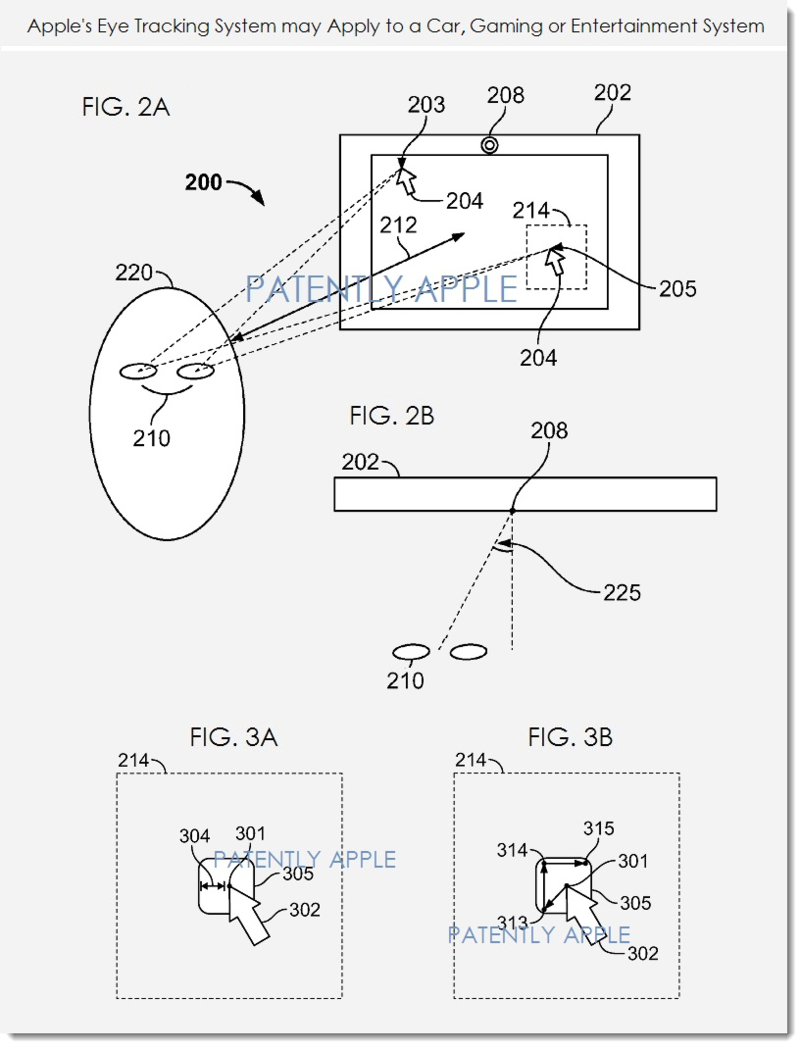 Apple credits David Julian as the sole inventor of granted patent 8,937,591 which is officially titled "Systems and methods for counteracting a perceptual fading of a movable indicator." Apple originally filed for this patent back in Q2 2012.

Wikipedia notes that the Troxler's fading, or the Troxler Effect, is an optical illusion affecting visual perception. When one fixates on a particular point for even a short period of time, an unchanging stimulus away from the fixation point will fade away and disappear.

Apple's patent background notes that "Troxler fading is a phenomenon of visual perception that the human brain uses to cope with blind spots on the retina, which is the light-sensitive tissue lining of the inner surface of the eye. One result of this phenomenon is that when one fixates on a particular point, objects in one's peripheral vision will fade away and disappear. The perceptual fading of stabilized retinal images presents a particularly difficult problem with respect to the navigation of a GUI using a movable indicator whose position is controlled by eye tracking."

Apple's invention provides systems, methods, and devices that provide a user of a GUI with one or more measures to counteract a perceptual fading of a movable indicator with respect to the GUI.

About Wikipedia's image above: In the noted Wiki example, the spots in the "lilac chaser" illusion fade away after several seconds when the black cross is stared at long enough. This leaves a grey background and the cross. Some viewers may notice that the moving space has faded into a moving blue-green spot, possibly with a short trail following it. Furthermore, moving one's eyes away from the image after a period of time may result in a brief, strong afterimage of a circle of green spots.