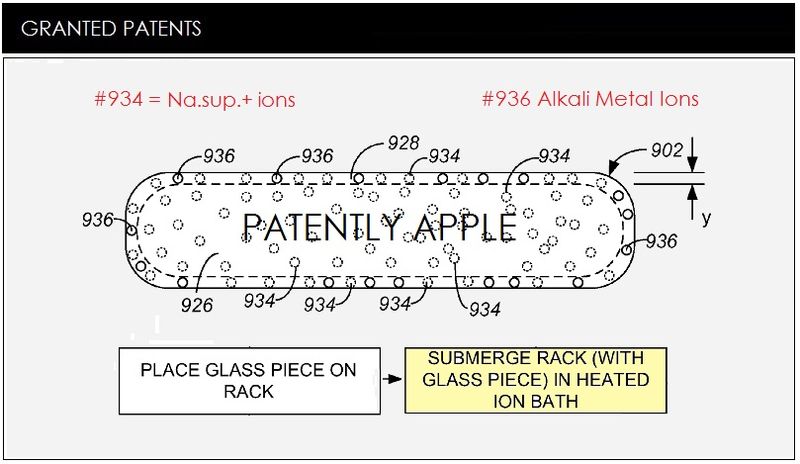 The US Patent and Trademark Office officially published a series of 12 newly granted patents for Apple Inc. today which represents one of the slowest granted patent days in recent years. In this report we cover a single invention relating to strengthening iDevice cover glass. This new process is behind the new Apple Watch and has been branded as Ion-X Glass. Apple was also granted two design patents today. As usual, we wrap up this week's granted patent report with our traditional listing of the remaining granted patents that were issued to Apple today.

Apple's newly granted patent covers their invention relating to increasing the strength of glass. The glass having increased strength can be thin yet be sufficiently strong to be suitable for use in electronic devices, such as portable electronic devices.

One of the features of this process is that the end result will mean that the cover glass will provide a scratch resistant top surface for electronic device.

In 2013, another Apple invention detailed the chemical process noted above as being an "ion Glass Ion Exchange Bath system." 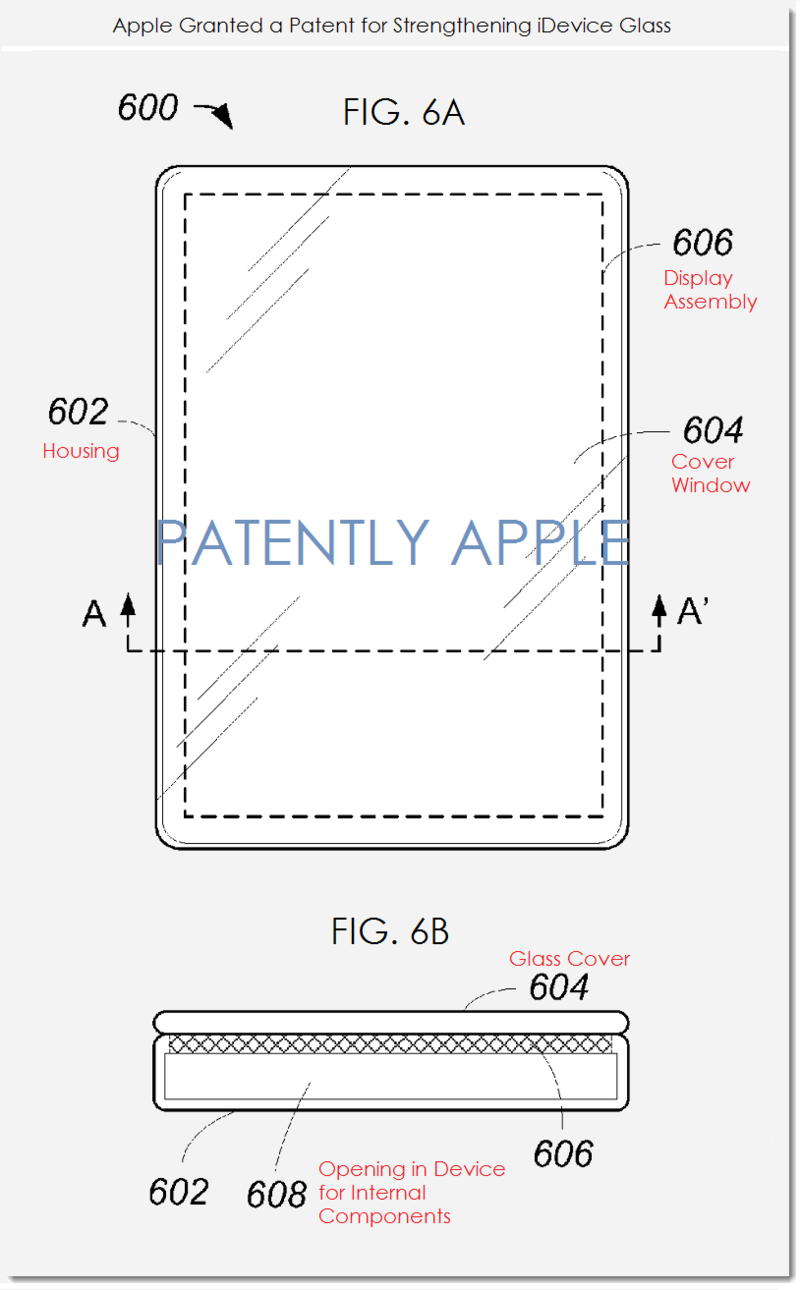 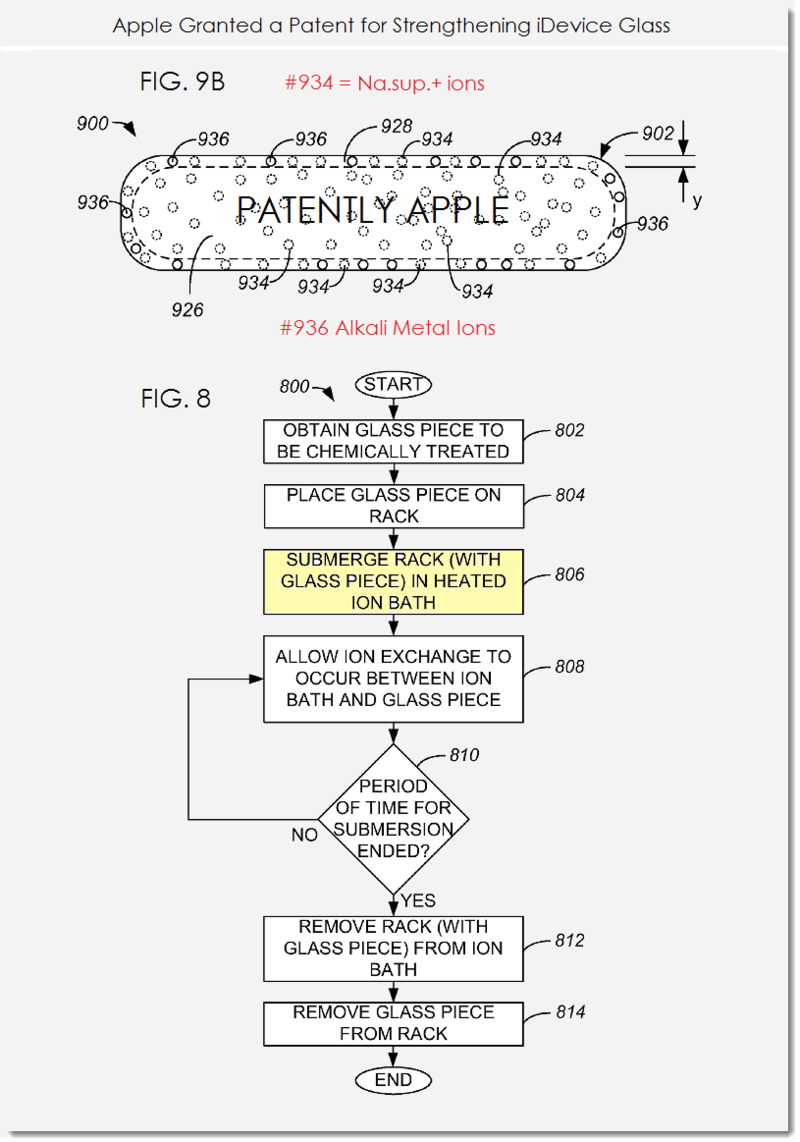 You can review other glass strengthening patents from Apple that we covered back in 2012 and 2013 for more added detailing. The end result of the ion bath process is now known as Ion-X Glass as noted below in the Apple Watch verbiage. 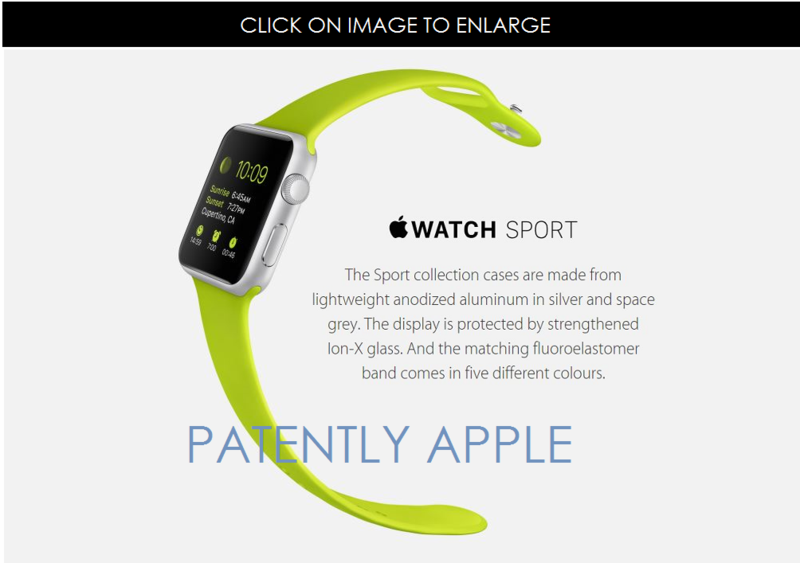 For today's granted patent, Apple credits Christopher Prest and Stephen Zadesky as the inventors of granted patent 20110019123 which was originally filed in Q3 2010 and published today by the US Patent and Trademark Office. 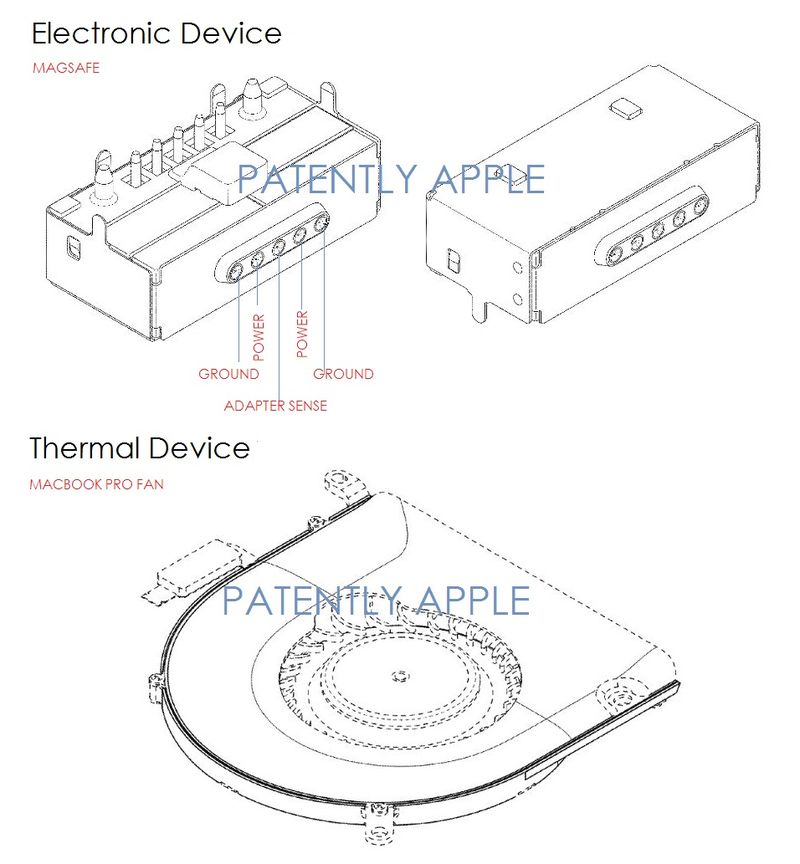