According to a new report published this morning, Apple has acquired British based Semetric, an analytics service company that created a popular music industry analytics tool called Musicmetric.

Musicmetric launched in 2008 as a way for music labels and other industry clients to track data on sales, BitTorrent downloads and social networking statistics for their artists, with its platform expanding to YouTube videos and audio streams over the next few years.

The UK's Guardian report notes that Semetric had struck a deal with Spotify to integrate its data into Musicmetric's dashboard. How Apple intends to integrate Musicmetric into iTunes and/or their revised streaming music services is unknown at this time.

Apple's iTunes has always listed the "Top Charts" like the top 10 songs or albums but some of Musicmetric's user interfaces provide music fans with the ability to check out their favorite artists basic and deeper stats as noted in the graphics below. Once a fan clicks on their favorite artist, added information is provided as shown below with the Taylor Swift example. The Musicmetric Pro version drills down even further. 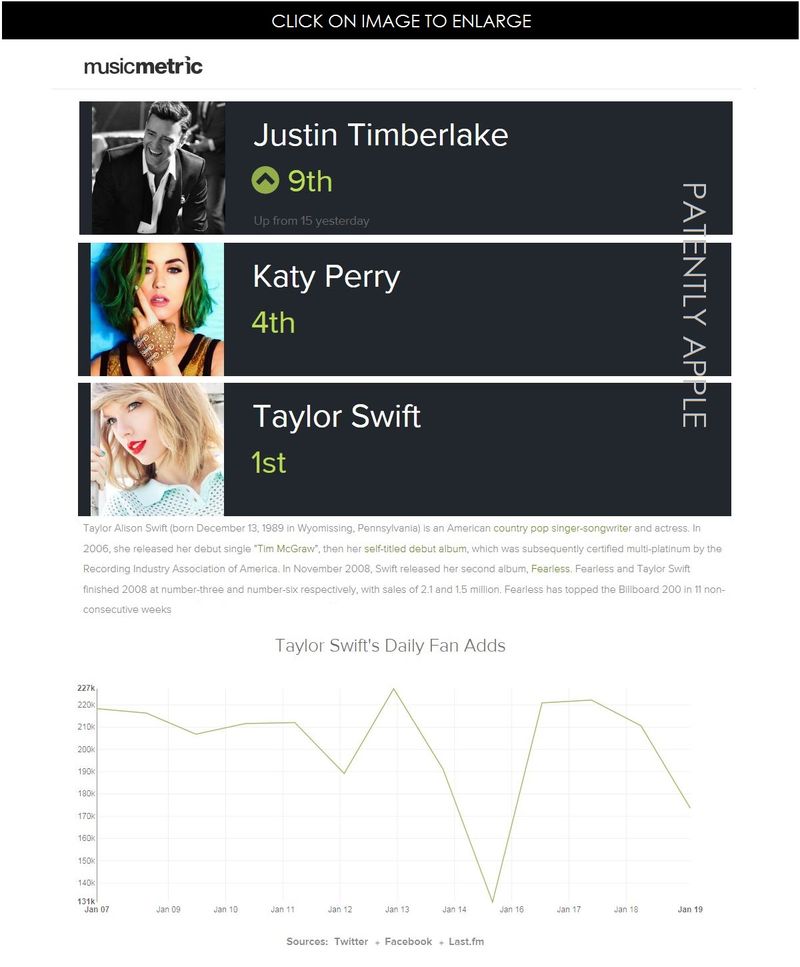 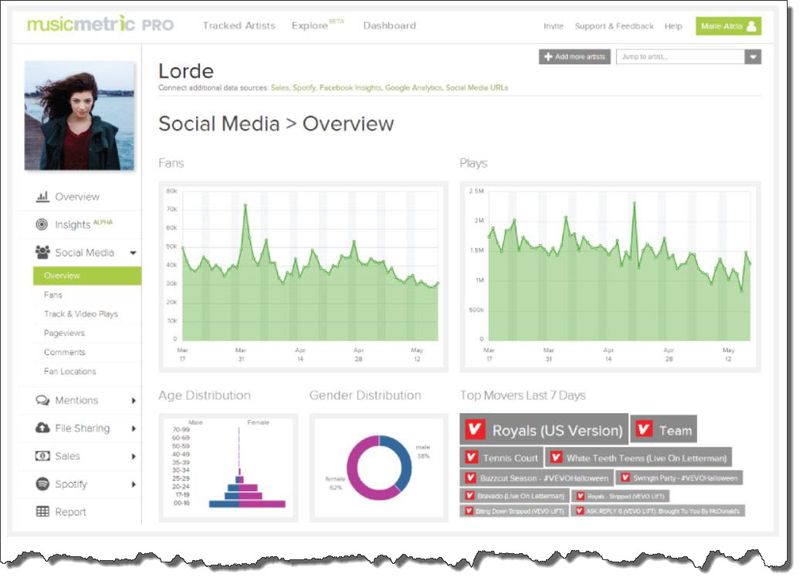 The Guardian interestingly noted in their report that "senior Apple attorney Gene Levoff had been appointed as a director of Semetric in October 2014." This obviously paved the way for today's news of the acquisition. For more about Semetic's Musicmetric app, check out their website while it's still up.