Although it's Nov 19, the US Patent and Trademark Office just published a document sent to Apple dated Sept 26, 2014 that basically states that Apple may be out of luck for CarPlay, a trademark noted as being filed in early August. According to the letter, Carplay Enterprises had already filed for the trademark a year earlier with the mark relating to computers in cars. Is it lottery time for Carplay Enterprises or will Apple dream up a new trademark? Well, it's actually a weird case in that USPTO missed a small clue that was kind of important.

According to an Advisory letter sent to Apple by the US Patent and Trademark Office, "The filing date of pending U.S. Application Serial No. 86124275 precedes applicant's filing date. See attached referenced application. If the mark in the referenced application registers, applicant's mark may be refused registration under Trademark Act Section 2(d) because of a likelihood of confusion between the two marks." 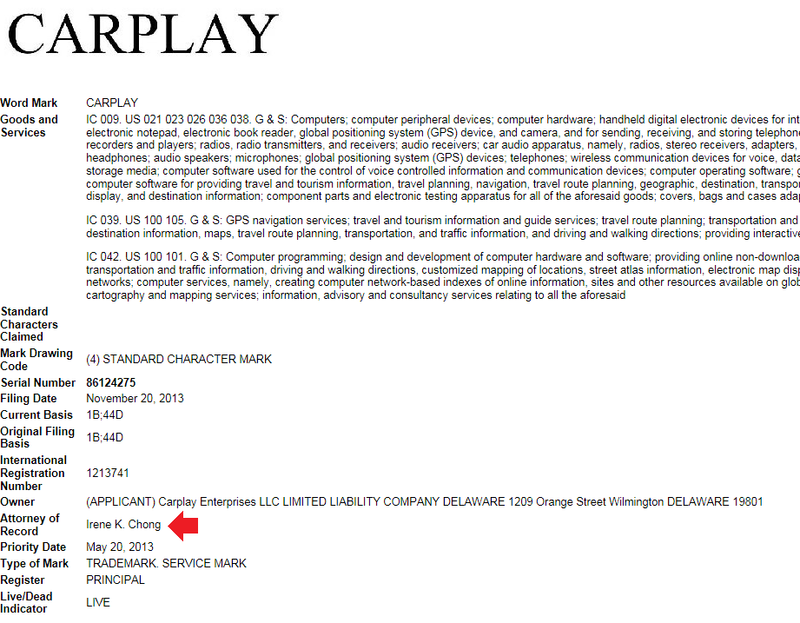