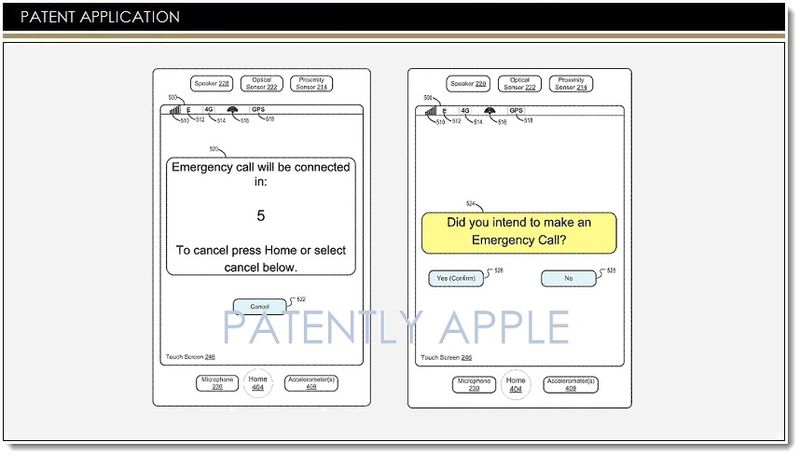 On December 18, 2014, the US Patent & Trademark Office published two patent applications from Apple that may interest some. The first reveals the details behind their invention that debuted with iOS 7 regarding emergency calls made with Siri. Technically, this is another patent fulfilled. The second patent application that we cover in this report reveals that Apple has revisited their invention relating to an oddball charging tower for iDevices. Specifically, Apple has rewritten their patent claims which prioritize the important aspects of their invention.

Apple notes that voice-based digital assistants such as Siri have been introduced into the marketplace to handle various tasks such as web searching and navigation. Recent advances in natural language processing have enabled users to interact with digital assistants using natural language, in spoken or textual forms, rather than employing a conventional user interface (e.g., menus or programmed commands). Such digital assistants can interpret the user's input to deduce the user's intent; translate the deduced intent into actionable tasks and parameters; execute operations or deploy services to perform the tasks; and produce outputs that are intelligible to the user.

Apple decided to add feature to Siri that it debuted in iOS 7 that would allow for emergency calls in a unique way.

Apple's invention covers a method of operating a digital assistant to provide emergency call functionality. In some embodiments, the method is performed at a device including one or more processors and memory storing instructions for execution by the one or more processors. The method includes receiving a speech input from a user, determining whether the speech input expresses a user request for making an emergency call, and determining a local emergency dispatcher telephone number based on a geographic location of the device.

The method also includes, in response to determining or obtaining a determination that the speech input expresses a user request for making an emergency call, calling the local emergency dispatcher telephone number using the emergency call functionality.

Apple's patent FIGS. 5A and 5B noted below illustrate exemplary user interfaces for displaying content associated with operating a digital assistant to provide emergency call functionality. 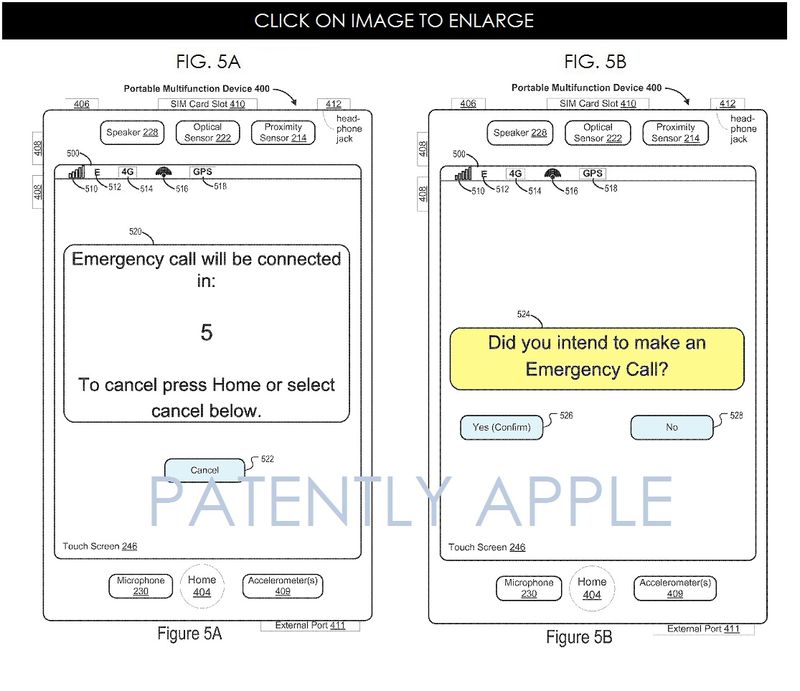 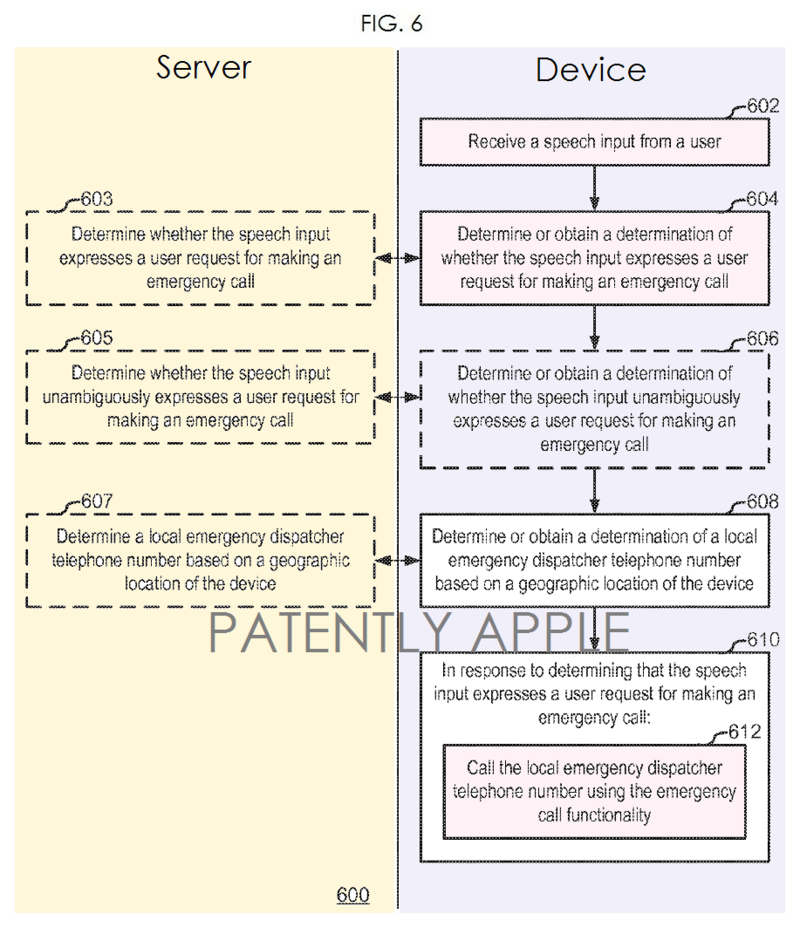 Apple's patent FIG. 9 is a functional block diagram of an electronic device in accordance with this invention. 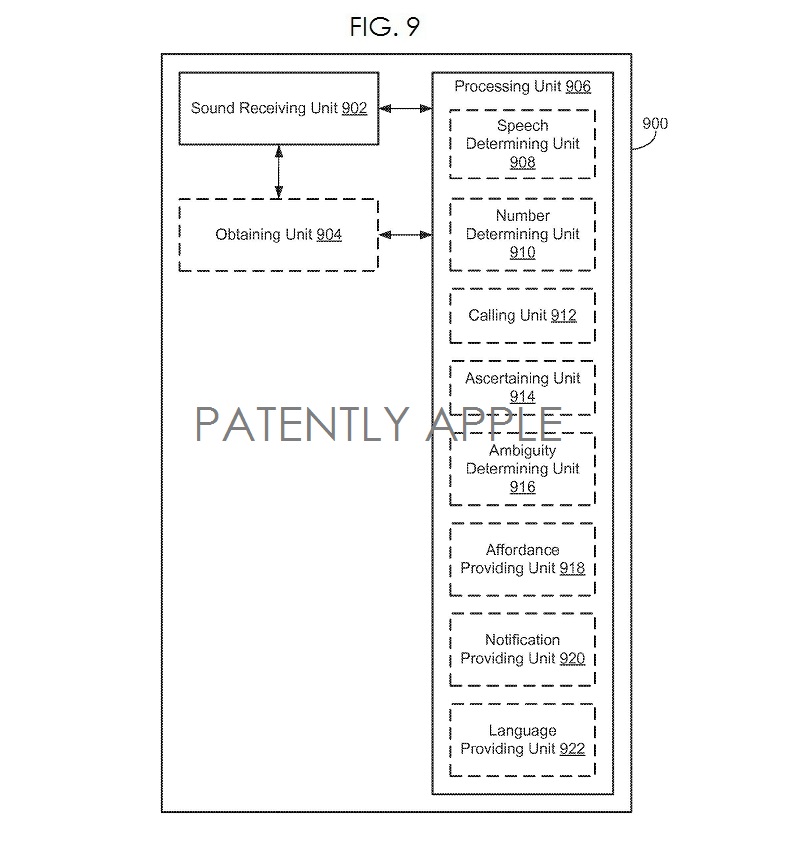 Apple credits Andrew Roberts, David Martin and Harry Saddler as the inventors of patent application 20140370841 which was filed in Q2 2014. Apple has a priority date noted as being Q2 2013. Considering that this is a patent application, the timing of such a product to market is unknown at this time.

In early November we posted a report titled "Intel Event Showcased Three New Technologies for 2015 PC's." The most interesting of the three features coming to PC's sometime in Q4 2015 is the cable-less factor with wireless charging capabilities.

Intel's announcement may have provided us with a hint that we could see Apple's version of this come to market in this timeframe as well. It's the best patent pending design from Apple on this subject matter that makes the most sense when compared to the many others that Apple has filed thus far including one for an inductive charging pad and today's inductive charging tower.

Yet for today, the US Patent Office published patent application 20140369518 which revisits their patent relating to a charging tower invention that uses an induction method as noted below. 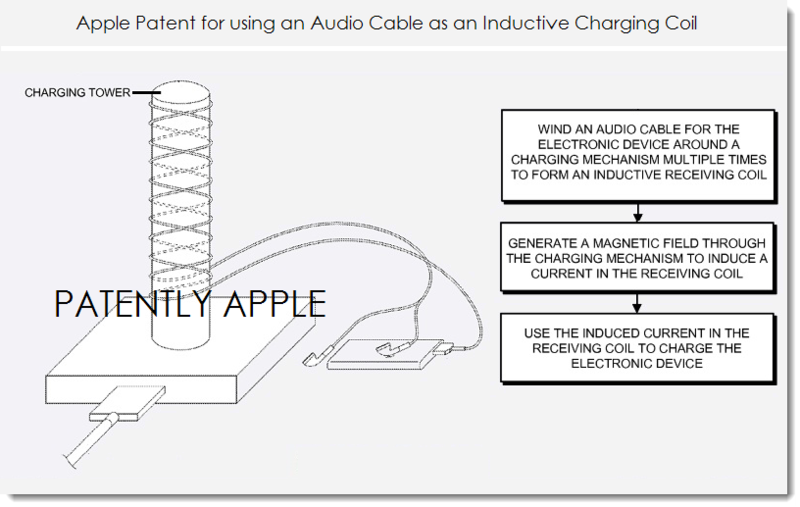 Even though this patent was granted to Apple in June of this year, the new application shows us that Apple has applied for all-new patent claims for this invention.