Home Archives Contact Us Subscribe Twitter Facebook Patently Mobile
LVMH has a Smartwatch Project in the Making to Help Stave off the Coming Apple Watch Tsunami
Huawei, with 30,000 Patents in China, is Preparing to Sue Xiaomi

Bloomberg's reporter Tim Higgins broke the news that Apple has halted online sales in Russia due to "extreme" ruble fluctuations. Tom Giles reporting on Bloomberg TV tells us that the story is unfolding.

Alan Hely, Apple's spokesman wrote in an email to publishers that "Our online store in Russia is currently unavailable while we review pricing. We apologize to customers for any inconvenience." 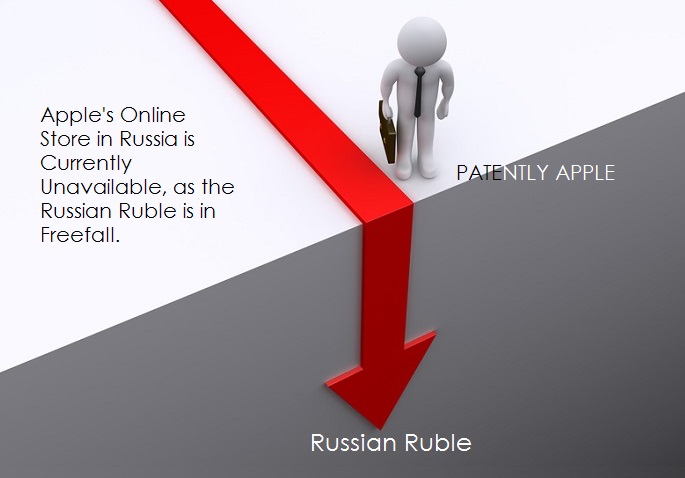 Bloomberg reports that "Russia's currency lost as much as 19 percent today, with a surprise interest-rate increase failing to stem the run on the currency."