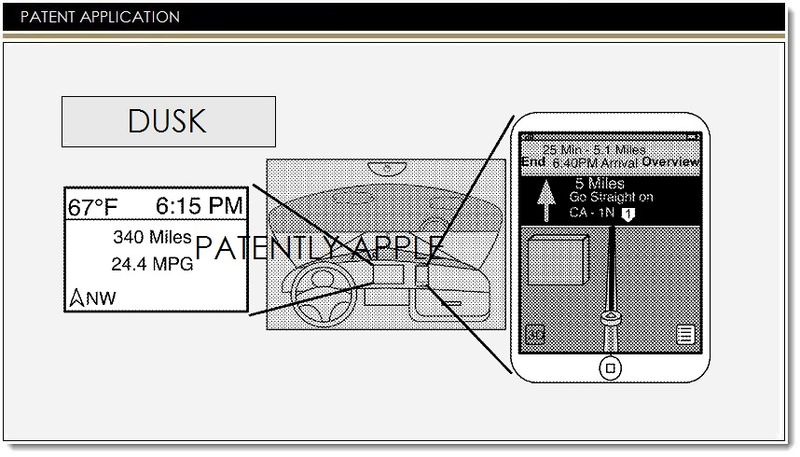 On December 11, 2014, the US Patent & Trademark Office published a patent application from Apple that reveals Apple's new iOS 8 Maps App Night Mode coming to CarPlay and working in sync with special in-vehicle conditions. On one hand this is a patent fulfilled with night mode for maps debuting with iOS 8. Yet on the other hand it is a patent application that foretells of the Maps App night mode working differently with vehicles using CarPlay. 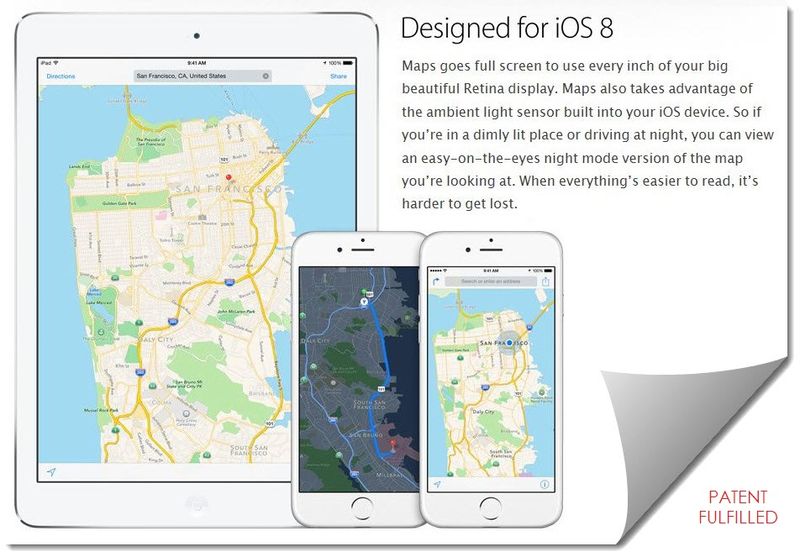 Apple's invention generally covers iOS 8's Map App Night Mode feature. Of course it does go one step further in revealing that it's likely going to be a part of Carplay. The invention covers Apple's Map App that could operate differently depending on the time of day and it could also operate in different modes.

The map/navigation applications of some embodiments are able to interface with internal systems of a car or other vehicle. In some embodiments, when the application interfaces with a vehicle, the internal systems of the vehicle determine whether to use night mode or day mode. For example, the vehicle may command the application to enter night mode any time the vehicle headlights are on, any time the vehicle's sensors determine that the ambient light level is below a threshold, or any time either or both of those conditions are satisfied.

Apple's patent FIG. 8 noted below illustrates the determination of day mode versus night mode made by a car external light sensor during the day and night. 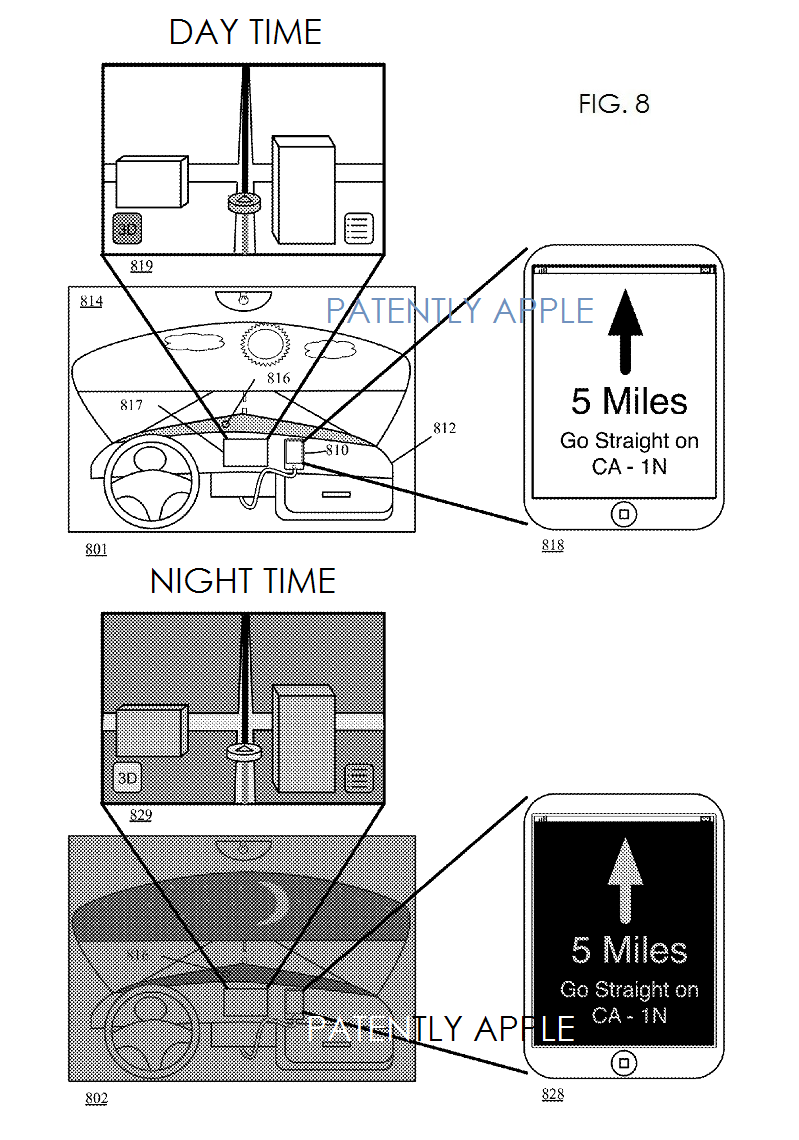 Apple's patent FIG. 10 noted below illustrates a car and a navigation application on a device independently determining whether to use night mode or day mode. 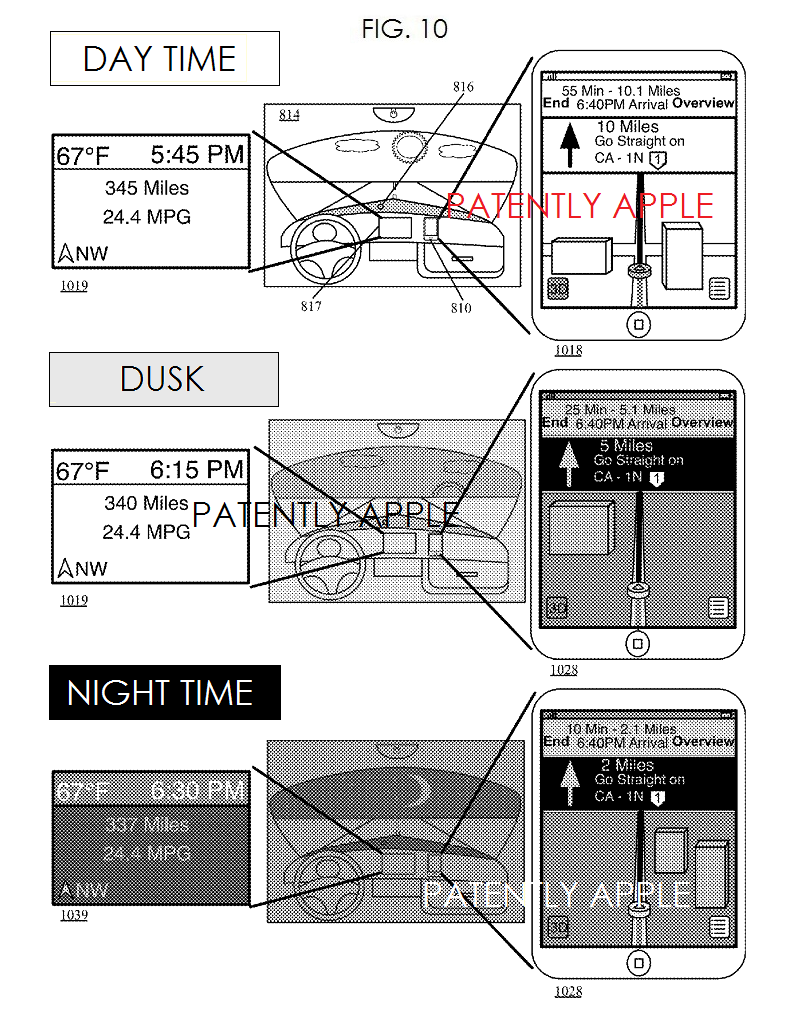 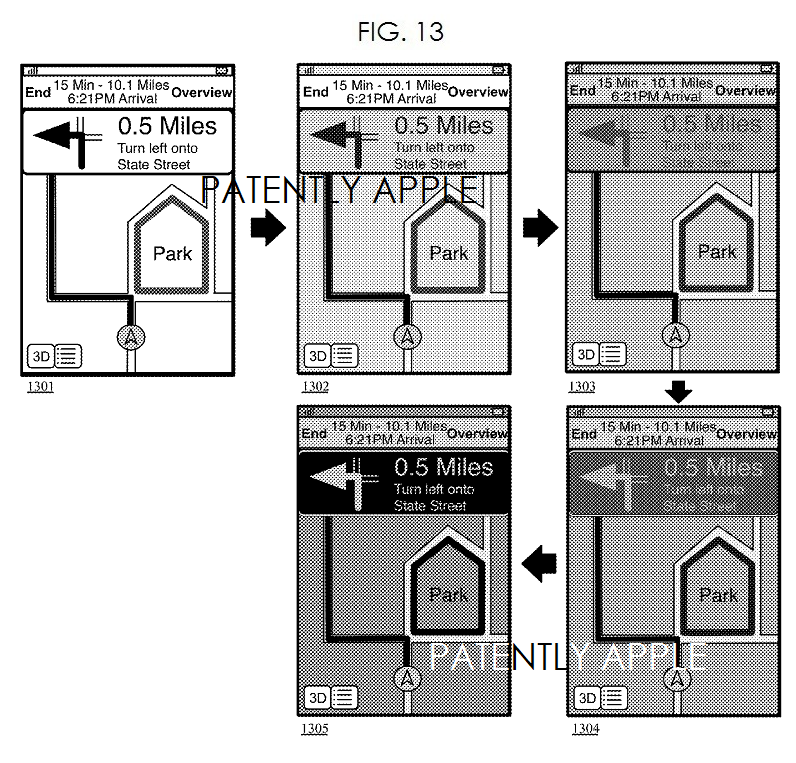 Apple credits Cedric Bray, Christopher Moore, Patrick Piemonte, Emanuele Vulcano, Marcel van OS, Billy Chen, Seejo Pylappan, Justin O'Beirne as the inventors of patent application 20140365965 which was originally filed in Q4 2013. Considering that this is a patent application, the timing of certain aspects of Apple's Maps App relating to CarPlay coming to market is unknown at this time.

Apple's patent graphics don't provide us with color and so it's hard to visualize the dramatic difference Night Mode can bring to the Maps App. Below is a screenshot from AppRadioWorld  that illustrates just how nice night mode is. 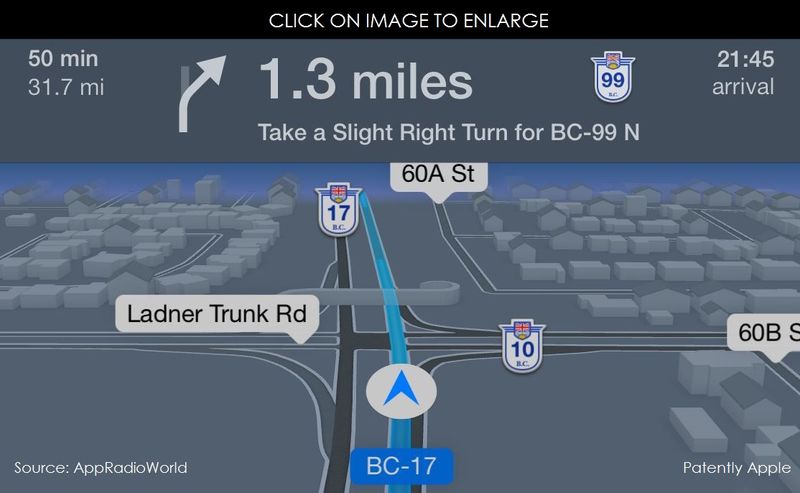