Apple Files for Apple Pay Trademark in Europe and Inadvertently Confirmed that Apple Pay is coming to Europe, India & Beyond

Yesterday Apple's filing for a trademark for their Apple Pay logo surfaced at the European Patent Office. Apple also inadvertently revealed this past week in London that Apple Pay is being prepared to run in Europe, the Middle East, India and Africa. 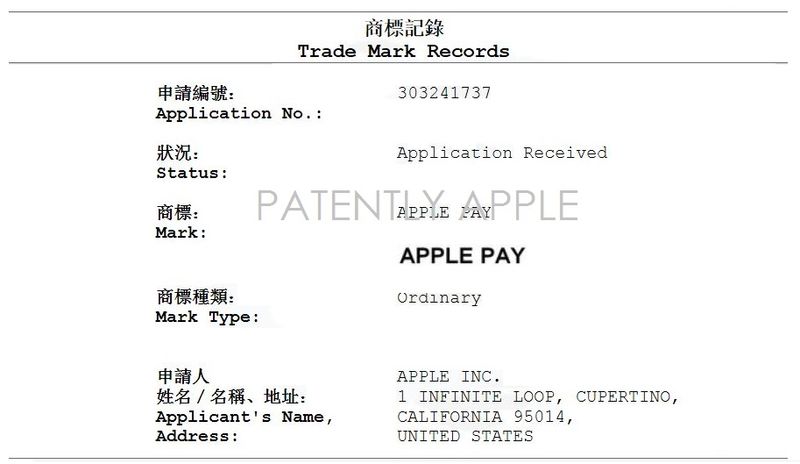 According to Apple's trademark filing for the words "Apple Pay," the trademark was filed under International Classes 9, 35, 36, 38 and 42. The most relevant classes 36 and 38 are noted below. For the curious who wish to view the other classes, being classes 9, 35 and 42, see out Mac Logo trademark report filed earlier today.

The UK's Guardian reported on Thursday that Apple had inadvertently confirmed that its mobile wallet and online payment system, Apple Pay, is coming to Europe by posting a job advertisement on its website.

The advertisement, which has now been taken down, stated that Apple was seeking a London-based intern to "drive out the roll-out" Apple Pay across Europe, the Middle East, India and Africa.

The advertisement read as follows:

"Apple Pay is a new and exciting area in Apple that is set to expand across Europe, Middle East, India and Africa. Apple Pay will change the way consumers pay with breakthrough contactless payment technology and unique security features built right into their iPhone 6 or Apple Watch to pay in an easy, secure, and private way."

While that's interesting, without an actual release date listed, it's kind of useless information as Apple Pay will eventually be going global with their new digital wallet. Nonetheless it shows that Apple is pushing Apple Pay behind the scenes. Last week Apple added ten banks supporting Apple Pay.