A little over a month ago we reported that Apple had to adjust their iPhone Plus orders twice just to keep up with demand. The day before that we reported that 3 out of 4 Korean consumers want an iPhone 6 Plus over a Galaxy Note 4. Today, Apple's first phablet is continuing to win consumers vote all over the world including the U.K, Italy, and beyond. REPORT UPDATED NOV 12: New Chart Added.

Today, Investors.com reports that "A survey of consumers in the U.S., U.K., Italy and China is showing much stronger-than-expected demand for Apple's big-screen iPhone 6 Plus, spelling good news for Apple's profit and bad news for rival Samsung.

The UBS survey showed that "About 40% of respondents said they are likely to buy an iPhone 6 series phone in the next year. Over half of stated that they intended to purchase Apple's 5.5-inch iPhone 6 Plus compared with 38% for the 4.7-inch iPhone 6."

The UBS analyst Steven Milunovich stated in a client note on Monday that "The potential market share shift is stunning. Viewed another way, 19% of Samsung handset owners may switch to Apple." 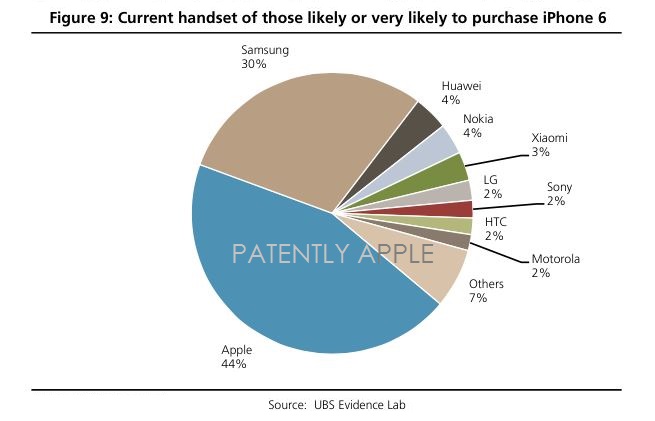 Milunovich further added that "Based on the noted study, iPhone 6 demand could be about 190 million units through December 2015, suggesting an upside to their 170 million unit forecast." For more on this, see Investors.com report.