It's Hail Mary Time: Samsung privately demoed smartphones with truly bendable displays at CES earlier this year. In late December 2013 we had reported that Kwon Oh-hyeon, vice-chairman and CEO, Samsung Electronics, had told analysts at a meeting that they "would lead innovation by introducing the 'foldable' display in 2015." Flash forward to this week where Samsung is now saying, oops, it'll be another year.

Samsung is definitely in emergency mode with the latest news showing that their NAND Flash business fell to a two year low. While these announcements were unfolding, Samsung was in New York trying to magically make the bad news vanish into thin air. It was show and tell time again where Samsung's make-believe artists and magicians got to entertain their audience.

On Monday Samsung Electronics announced its mid-long term strategies for smartphones at the Samsung Investor Forum 2014 in New York on Nov. 17, where 200 analysts were invited.

Lee Chang-hoon, vice president of the business strategic team at Samsung Display stated during the event they would "… be able to supply products with foldable displays to customer companies by the end of next year. That means going into 2016, a year later than previous targets. 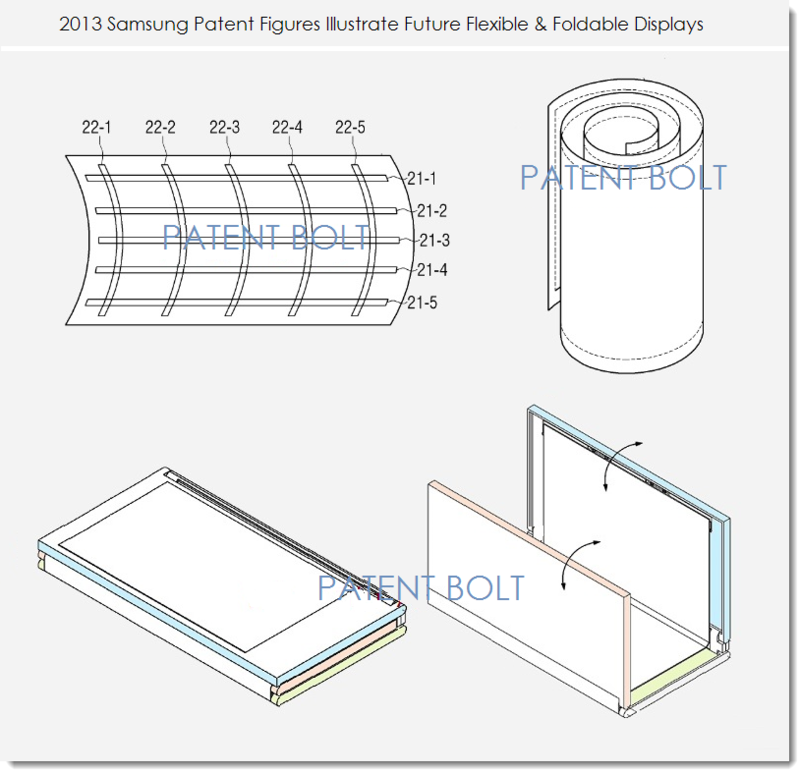 Samsung Display is planning to develop a new model with a 1R curvature rate. 1R refers to a 1 mm bending radius, indicating that the display can be folded like paper. The curved rate of the display used in the recently-introduced Galaxy Note Edge is 7R.

When Samsung launched their recent Galaxy Note Edge smartphone, it was a patent of theirs fulfilled. So it's not all smoke and mirrors all of the time. Yet while their Galaxy Note Edge slightly bends one edge of the smartphone's display, creating one that will have a clean design with two major folds will be the one to watch for. Will they really pull that off? Will it be one contiguous display that actually folds or three separate displays held together with tiny hinges (or larger hinges). Only time will tell.

At the end of the day, Samsung's grand marketing magicians went to town this week to razzle and dazzle New York's finest technology analysts in the hopes that they'd just close their eyes and forget the mess that they're currently in. Whether these analysts are still stuck on stupid and believe their smartphone Volume King's tales of magical breakthroughs or not is unknown at this time.

Was the pitch for foladable smartphones and tablets in New York this week Samsung's Hail Mary? Only time will tell.