What a joke: When "fake" marketing schemes are revealed, a company instantly loses credibility with the public. Do you remember Samsung's false smartphone reviews a year ago? Twelve months later, Samsung's profits are plunging. Now Microsoft's fake marketing shows us that even though CNN was obligated to promote the Surface Pro 3 tablet on air, some of their high profile commentators were shown to be using an iPad behind their shiny new Microsoft tablets. Now, how pathetic is that marketing scheme? Two big thumbs down! 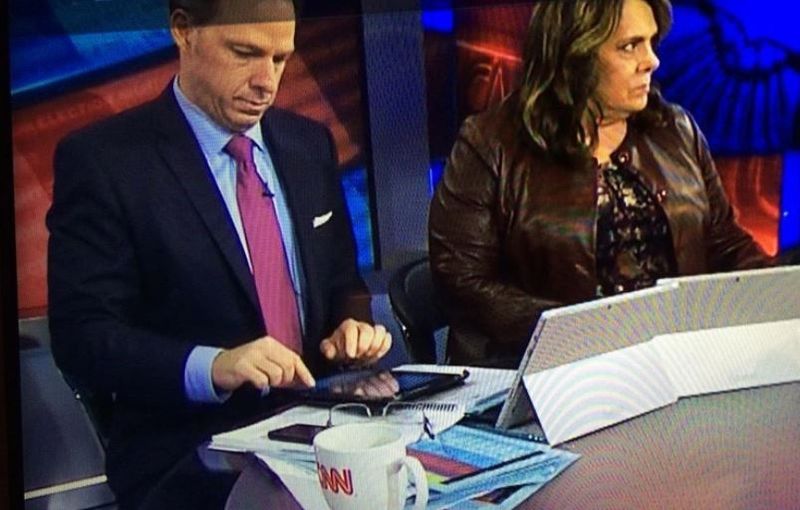 The funniest thing about the "gotcha" report from GeekWire is the pathetic Surface Pro 3 fans running in to defend Microsoft's marketing scheme in the comments section. Check it out if you love the sound of squealing whiners.