The Apple Watch Gold Rush Begins: Apple released their new WatchKit late yesterday tapping into the top mobile developer community in the world that currently supports and fuels their iDevices. Apple's senior VP of Worldwide marketing made it clear that Apple's beta SDK will allow developers to create breakthrough apps, innovative notifications and live sport scores. Developers like ESPN and American Airlines already have apps that will roll out on day one. The gold rush to develop the best apps for the 2015 Apple Watch is officially on. 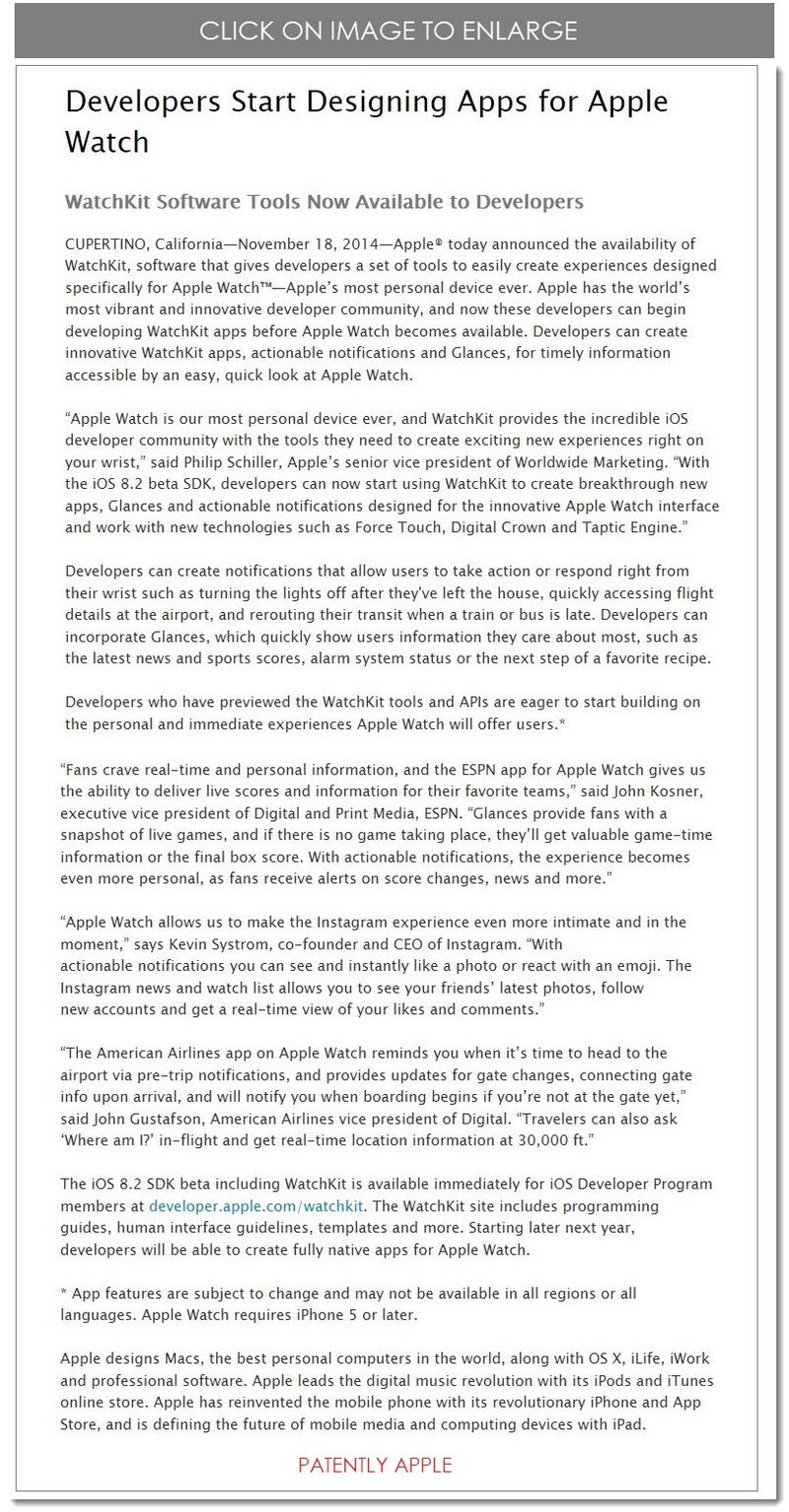