Today the European Patent & Trademark Office published Apple's latest trademark filing for their "Metal" icon as noted in our cover graphic (without the text). Apple's Metal is a low-level, low-overhead hardware-accelerated graphics API that debuted in iOS 8. It is intended to bring to iOS some of the performance benefits of similar APIs on other platforms, such as AMD's Mantle and Microsoft's DirectX 12. Apple states that Metal "lets developers create highly immersive console-style games on iPhone. Metal is optimized to allow the CPU and GPU to work together to deliver detailed graphics and complex visual eﬀects."

According to European Patent and Trademark Office's documentation, Apple's Metal icon trademark was filed under four International Classes with details as follows: 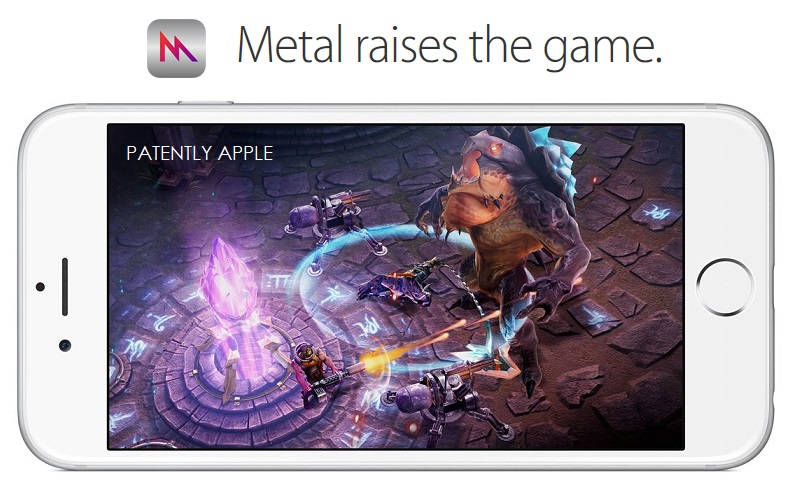 Apple's TM filing for Metal, the word, was filed in Europe in October.

On a last note, Apple filed for the "Swift" trademark in Europe last month and today a second filing was published that is to protect "Apple Swift" as an alternative form of the trademark under application 013499066. It was filed under the same International Classes as Swift, being 9, 41 and 42.