It was reported yesterday that Samsung, the world's largest memory chip maker by revenue, resumed supplying its memory chips to Apple for the iPhone 6 and 6 Plus earlier this year, after ties were cut during the peak of the two rivals' court battles over copyright infringement. Today we learn about the giant leap coming to next generation NAND flash that is based on the new UFS 2.0 standard. Apple's next generation iDevices that are on the drawing board for late 2015 are likely to adopt this powerful new NAND flash memory.

A new Asian report published today reveals that next generation NAND flash will be entering the market in 2015 with Samsung, Toshiba and SK Hynix being the key players now preparing for production. As usual, Samsung is trying to get their message out publicly first in the hopes of gaining market exposure as the leader in this field.

Both Samsung and Xiaomi are already stating that their next gen smartphones will use the new NAND and that will likely mean Apple will be onboard as well. The report specifically notes that "The Samsung Electronics will start the super phone' competition by applying universal flash storage (UFS), a NAND Flash memory based next-generation memory standard, to its flagship smart phone model to be released next year.

Samsung Electronics will mass-produce UFS 2.0 NAND Flash memory at the end of this year and will apply it to its new smart phone to be released next year. 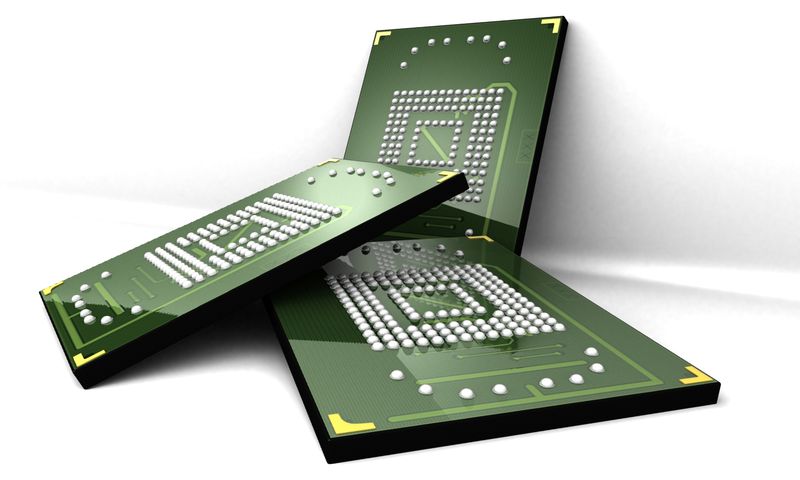 In today's mobile environment where communications speed became faster, such as with broadband LTE-A, and full HD level large-size data consumption increased, this technology enables users to access contents at a higher speed with a smaller amount of power consumption. Therefore, it is changing the paradigm of high-end smart phone market.

UFS is a new storage standard to combine a solid state drive (SSD) of high speed and a low-power embedded multimedia card (eMMC). eMMC transmits data at the speed of 400mebabytes (MB) per second. Compared to this, UFS produces a speed of 1.2 gigabytes (GB) per second, which is as many as three times faster.

The report further states that "The industry is keeping a close eye on China's Xiaomi for its adoption of UFS. This is because Xiaomi is rapidly narrowing down the gap with Samsung Electronics in terms of design and performance and is preparing a next-generation model applied with UFS."

While it is too early to forecast which supplier Apple will eventually use for UFS 2.0 based NAND Flash memory, it's safe to say that Samsung is likely to be one of Apple's potential suppliers as Apple likes to use multiple sources for key components.