According to a New York Times report published this week, a particularly nasty mobile malware campaign targeting Android users has hit between four million and 4.5 million Americans since January of 2013. In a mid-January security report published by Cisco, they claimed that ninety-nine percent of all mobile malware targeted Android devices. And while security firms have tried to sully Apple's iOS reputation for not having malware with reports about the recent Masque attack, Apple responded quickly. They also noted that they "…designed OS X and iOS with built-in security safeguards to help protect customers and warn them before installing potentially malicious software." This week the US Patent & Trademark Office published a patent application from Apple that reveals systems and methods for a security measure that prevents unauthorized calls from being made to protected functions of software. Apple describes embedding secrets to each function that can't be hacked.

Software developers invest considerable resources in the development and maintenance of computer software. This investment often results in the development of proprietary algorithms that are advantageous over those used by the competition and which the developer would like to keep secret so as to leverage the superiority of the algorithm. In addition to proprietary algorithms, software may also contain other embedded secrets such as cryptographic keys. Because of the plethora of important information, software is often the target of various reverse engineering efforts to dissect, analyze, and discover how it works.

One approach frequently used by attackers to minimize the reverse engineering effort is to lift whole sections, such as individual functions, from a program. For example, if a program includes a function to decrypt a song prior to playback, instead of reverse engineering the decryption function, the attacker could simply call the decryption function providing the proper input parameters. Because this type of attack can be used to bypass media protection technologies, such as digital rights management technologies, software developers have used a variety of code obfuscation and anti-tamper techniques to thwart these reverse engineering attacks. Unfortunately, previous techniques have suffered from a number of drawback including code bloat, architecture specific solutions, and lack of stealth. 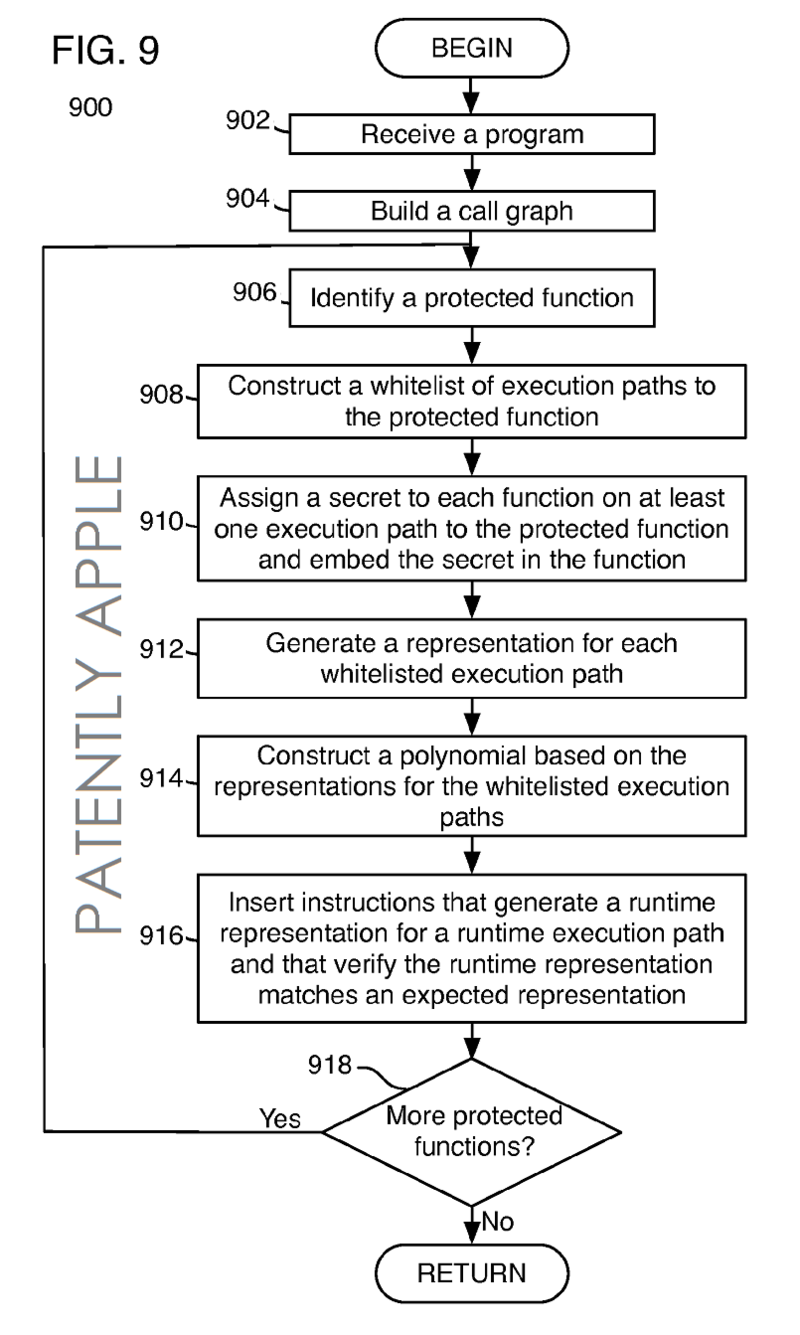 Apple credits Jon McLachlan, Julien Lerouge, Daniel Reynaud and Eric Laspe as the inventors of patent application 20140344924 which was originally filed in Q2 2013. It's a very technical patent that programmers will likely want to review further and could do so here. Whether this invention is in use today or is on the way is unknown at this time.