It would therefore be desirable to be able to provide systems with improved smoke detection and alert capabilities.

Apple's patent FIG. 1 is a diagram of a system in which a network of electronic devices may be used to monitor for the presence of smoke in the surrounding environment and may be used to take actions such as issuing alerts or controlling fire suppression equipment. 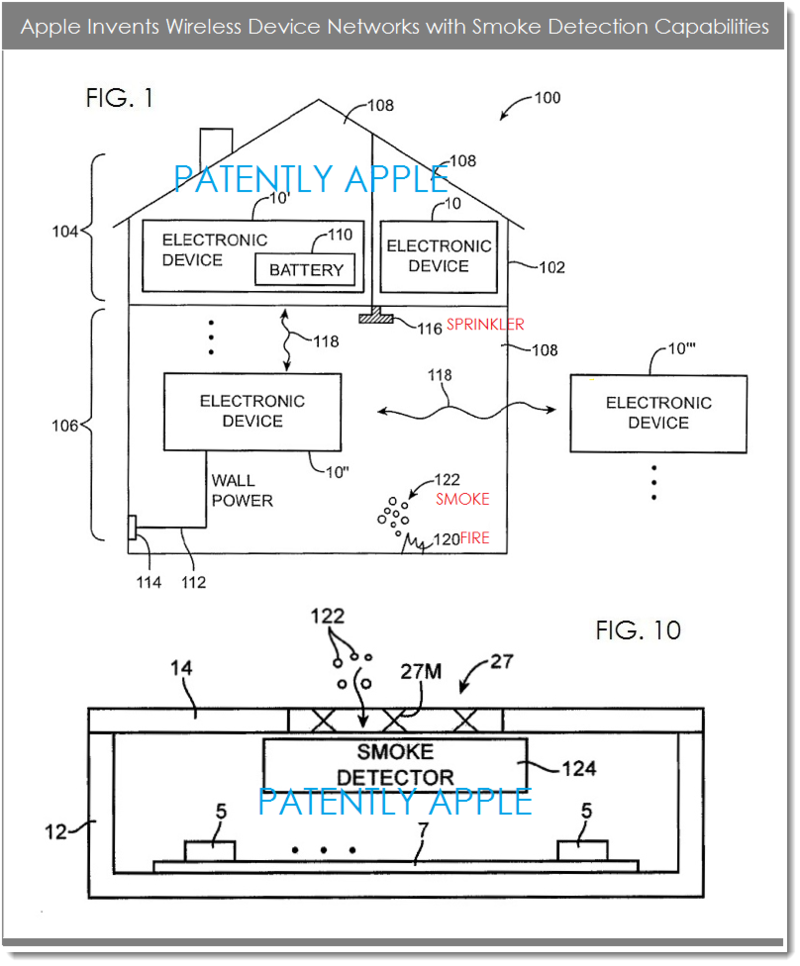 In patent FIG. 10 noted above we're able to see is a cross-sectional side view of an illustrative electronic device of the type shown in FIG. 9 showing how a smoke detector may be mounted within a housing of the electronic device adjacent to a speaker grill in a speaker port.

Apple's patent FIG. 8 is a perspective view of an illustrative wearable electronic device such their future Apple Watch that may be provided with a smoke detector. Apple earlier noted that it could apply to other future iDevices like an iPhone, iPad or even a Mac. 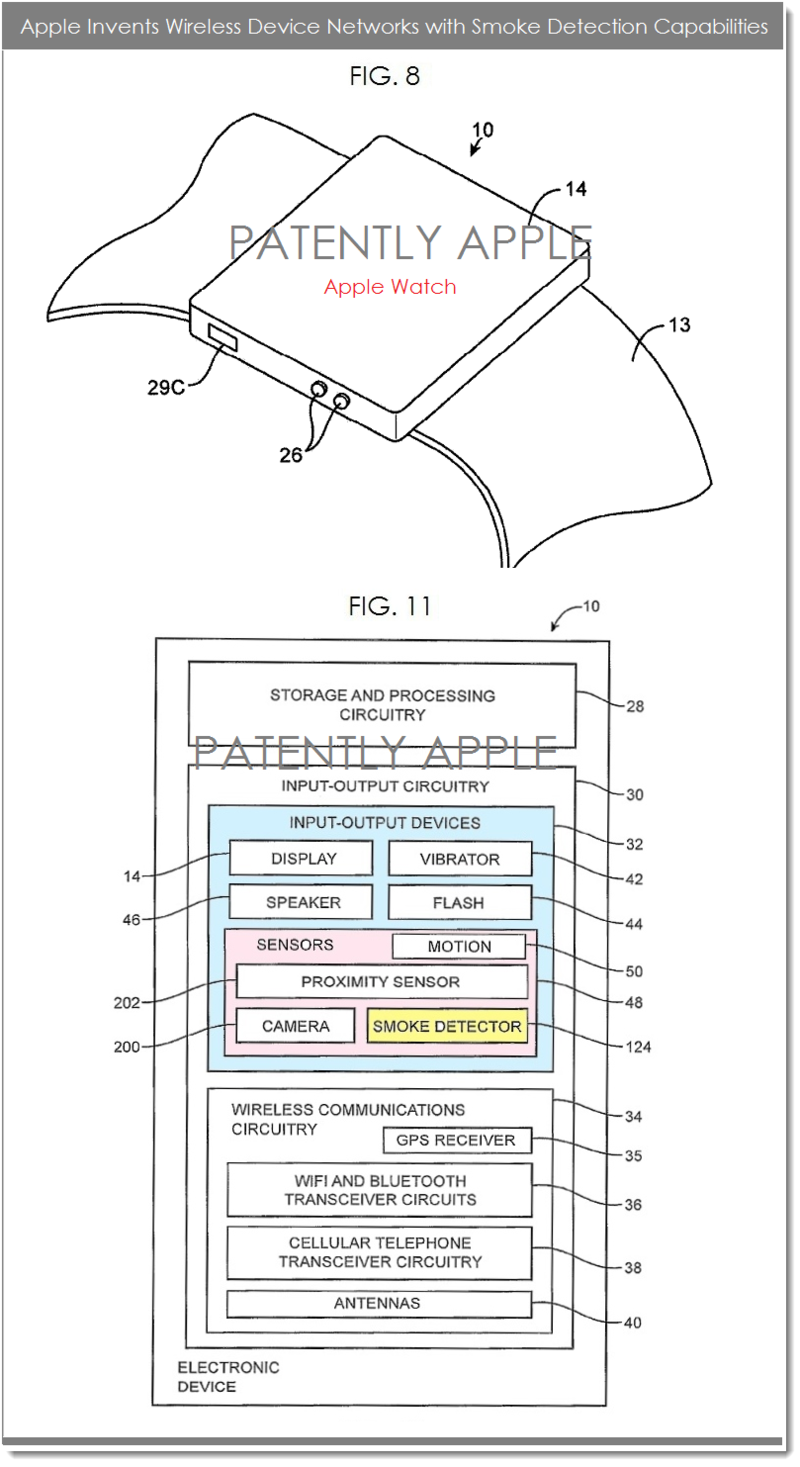 Apple's patent FIG. 11 is a schematic diagram of an illustrative electronic device in accordance with an embodiment of the present invention. 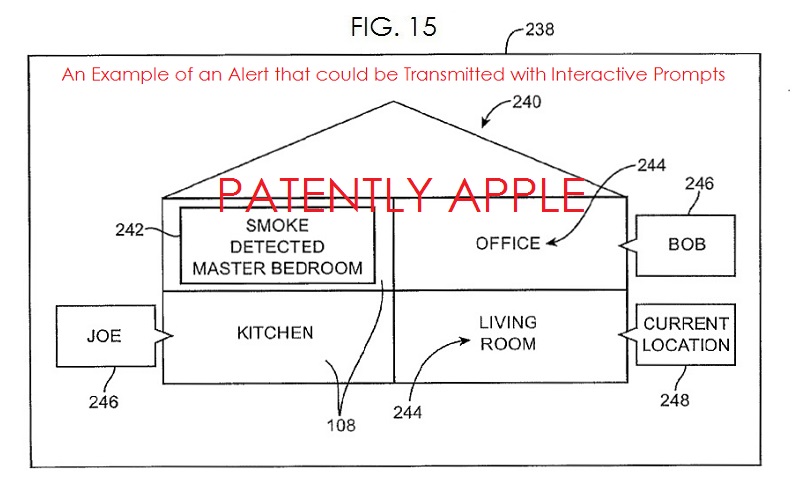 Labels such as occupant location labels may also be provided to identify the locations of other occupants of the building. Labels #246 may indicate the location of the occupants visually by virtue of the position of each label on the graphic home representation and/or with text. If desired, identification labels such as labels #246 may contain information on the name of the building occupants, as shown in the FIG. 15 example.

Alerts may be presented using output from input-output devices of Apple's iDevices or Macs. As an example, alerts may be presented in the form of an audible tone, a vibration, a voice recording, a synthesized text-to-voice message, a visible output such as light from a light-emitting diode or a flashing camera strobe or other light source, a visible output such as images on a display (e.g., text, graphics, video, interactive prompts, etc.), or other suitable types of alerts. The content of an alert may inform the recipient of the alert about the nature of the detected smoke incident (e.g., incident location, the identity of nearby people, etc.), whether emergency services personnel have been notified, etc.

Apple's patent FIG. 12 noted below is a system diagram of a network of electronic devices with smoke detection capabilities and alert generation capabilities in accordance with an embodiment of the present invention. 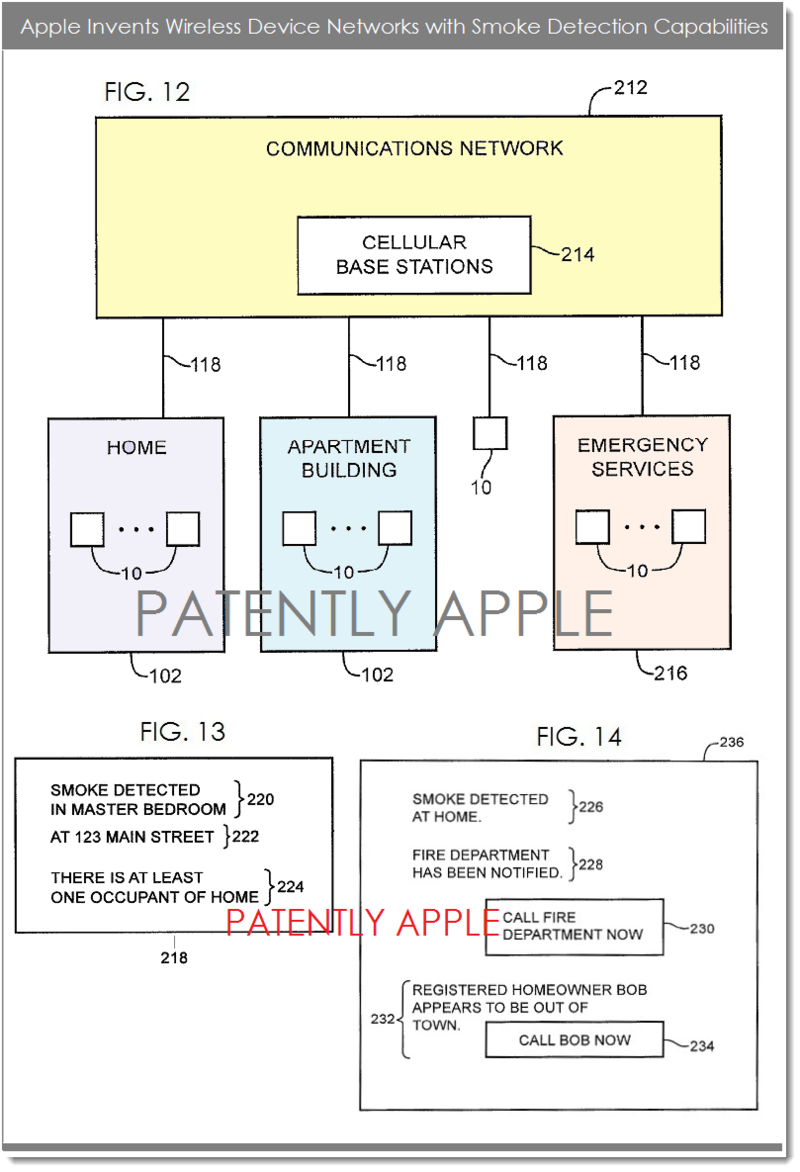 Apple's patent FIG. 13 noted above shows us an illustrative alert of the type that may be presented on an electronic device to alert emergency services personnel of the location and nature of an emergency in which smoke has been detected.

Apple's patent FIG. 14 shows us an illustrative alert of the type that may be presented on an electronic device to alert a homeowner or others about an emergency in which smoke has been detected in accordance with an embodiment of the present invention. 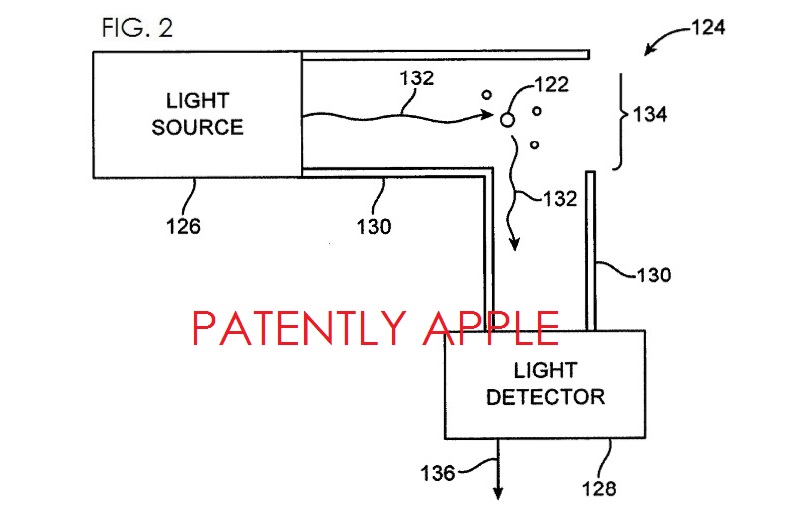 Lastly, Apple's patent FIG. 16 shows an illustrative visual alert of the type that may be presented on an electronic device to visually inform a building occupant such as an apartment dweller or others about the nature of an emergency in which smoke has been detected and the location of known occupants of the building relative to the location of detected smoke and the alerted building occupant. 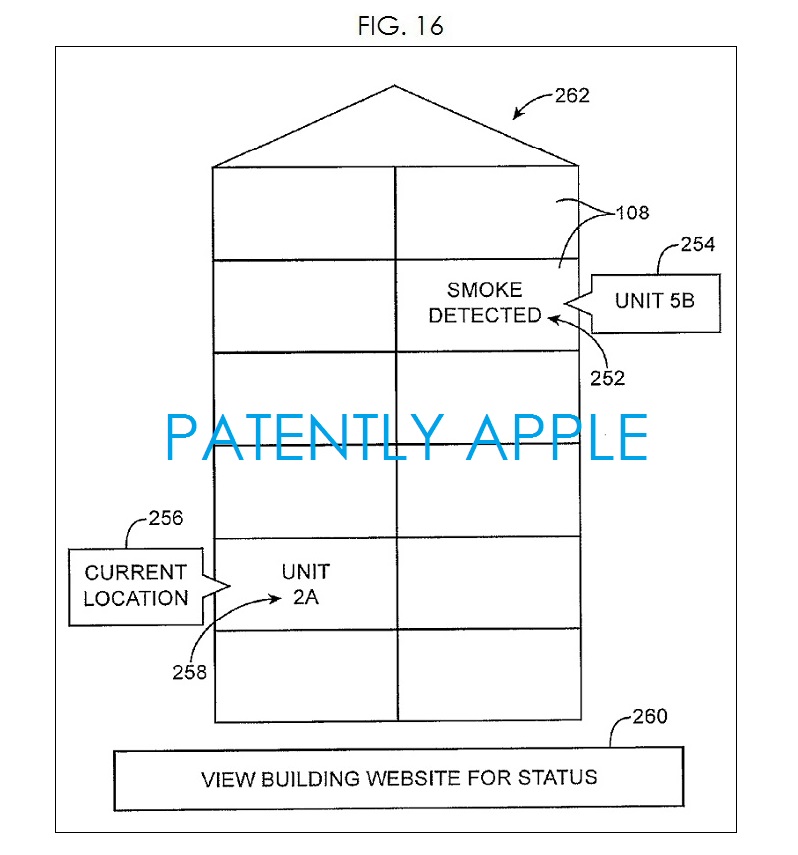 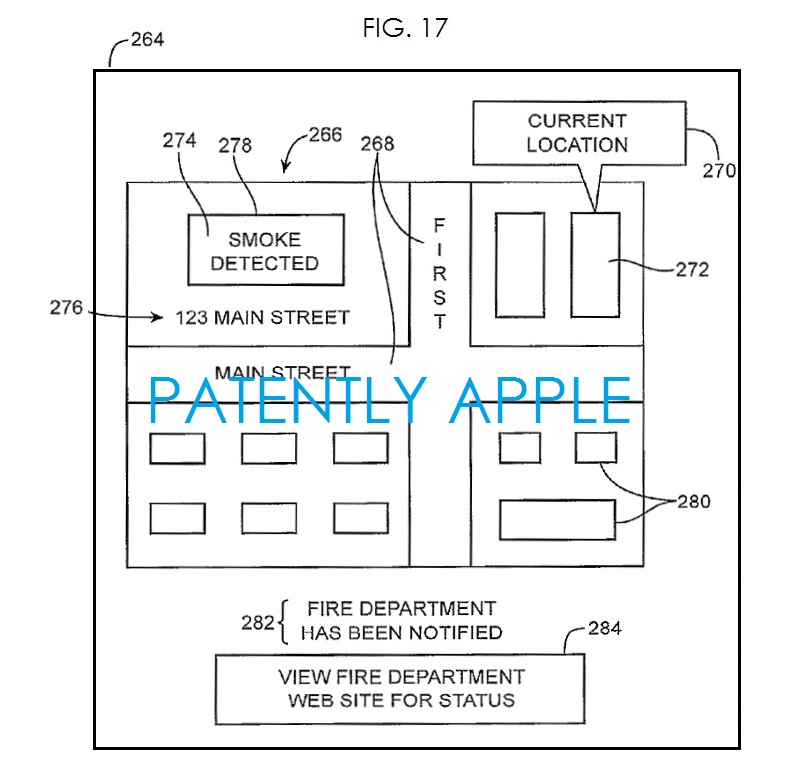 Apple's patent FIG. 17 shows an illustrative map-based alert of the type that may be presented on electronic devices to visually alert neighbors and other members of the public in the vicinity of a home in which smoke has been detected.

Apple credits Paul Puskarich as the sole inventor of patent application 20140340216 which was originally filed in Q2 2013. Considering that this is a patent application, the timing of such a product to market is unknown at this time.

Obviously the system would be coordinated so that an iDevice in a distant room detecting a fire would be able to alert all iDevices and Macs in the home and one in your bedroom so as to wake you up. This is where working with third party devices via HomeKit will be of assistance in tying all of this together.