Apple Adds New DC Lobbyist for IP Issues and Beyond

In October we reported that "Google and Facebook Handily Outspent Apple on Lobbying." Google spent $3.94 million between July and September while Facebook spent $2.45 million, according to disclosure data published Tuesday. Considering Apple's sheer size and importance in the tech sector, it was strange to find that Apple had only spent a little over a million in the quarter for lobbying. Today we learn that could be changing as they hire a new DC lobbyist.

According to a new report, "Apple has hired the company that represented it in its battle against Samsung Electronics to represent it in Washington, D.C., and lobby the government on a range of competition and intellectual property issues." Wilmer Cutler Pickering Hale and Dorr were brought on board in October, according to a federal disclosure document published Monday.

The law firm, better known as WilmerHale, led Apple's charge against Samsung Electronics in three high-profile Silicon Valley jury trials that centered around allegations of patent and design infringement in the smartphone and tablet market. Now, it will lobby the federal government and Congress on related issues. 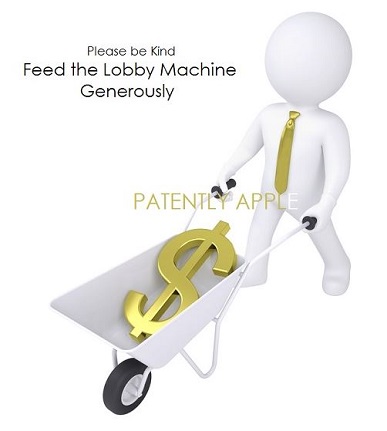