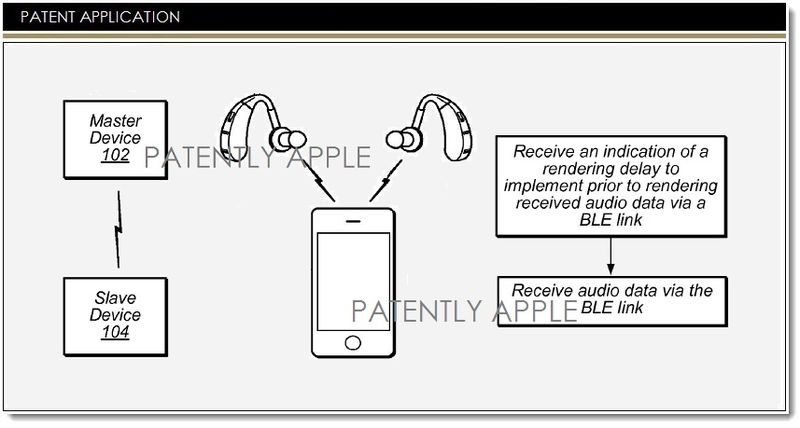 The techniques described herein may be implemented in and/or used with a number of different types of devices, including but not limited to hearing aids, remote controls, wireless speakers, set top box devices, television systems, cellular phones, and computers.

In the most interesting example found in Apple's European patent filing was the one relating to a future version of Apple TV. Apple notes that "As another example of a possible wireless communication system, Figure 3 illustrates a system #300 in which a remote control device #304 (acting as a peripheral or slave device) is in communication with a set top box #306 (acting as a master or central device). In such an exemplary implementation, the remote control may receive audio signals (e.g., voice commands for controlling the set top box 306) from a user #302 via a microphone, and may provide audio data corresponding to those audio signals as an input audio stream to the set the top box via BLE communication.

Once the audio data is received at the set top box, Apple states that the following may be performed:

FaceTime via Apple TV or HDTV

Alternatively or additionally, the set top box of Figure 3 may execute a videoconferencing application (FaceTime). In such a scenario, the remote control may receive audio signals from the user via a microphone, and may provide audio data corresponding to those signals as an input audio stream to the set top box via BLE communication as described in this patent filing.

Apple further states that "As another variation on the wireless communication system of Figure 3, instead of a set top box as shown in Figure 3, the wireless communication system may include a BLE-capable television system that, in addition to performing functionality performed by a television system (e.g. rendering video data onto a display, and so on), includes components that perform the functionality described above as performed by the set top box."

This is one of the first times that Apple has outright describe "a television system that will include a real TV and the computer functionality that Apple TV has today and will have tomorrow via this new communications system that's described in Apple's European patent filing. 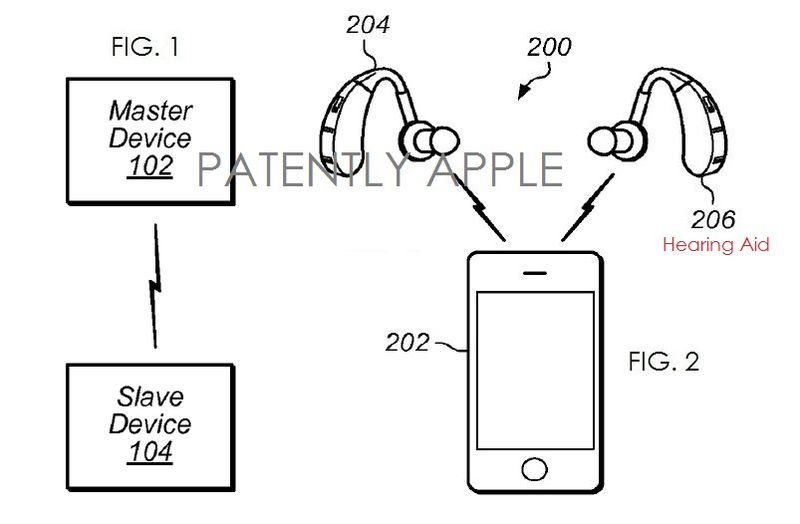 Another scenario provided is one noted above in patent FIG. 2 which illustrates system #200 in which a wireless user equipment (UE) device 202 (e.g., a smart phone/iPhone, acting as a central or master device) is in communication with a pair of hearing aids #204 and #206 (acting as peripheral or slave devices).

In such an exemplary implementation, the iPhone may provide audio data (e.g., audio from a phone call, voice or video chat application, media player application, or any other audio) as an output audio stream to the hearing aids 204, 206 via BLE communication as described in Apple's patent filing.

Apple's patent which was published by the European Patent Office today, November 27, 2014, was originally filed in Q2 2014 titled Synchronization of Multi-Channel Audio over Bluetooth Low Energy. Some aspects of this patent filing used documents from 2013.