The Classic BlackBerry Bold will be Back for Christmas 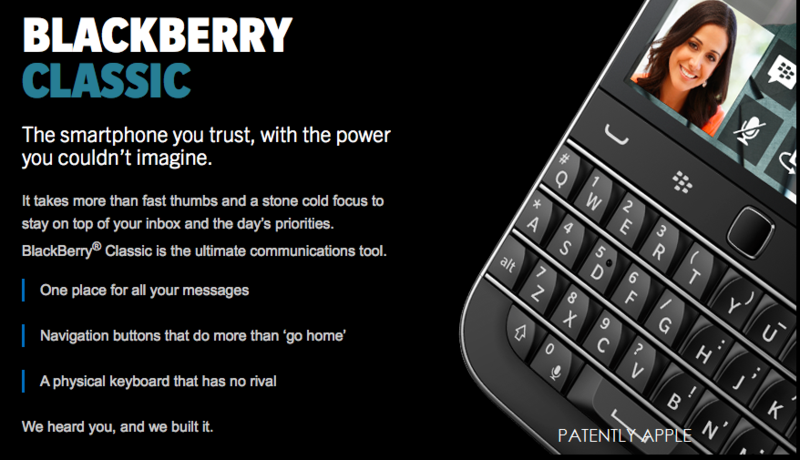 For some it's the addictive CrackBerry: BlackBerry's CEO John Chen quoted an old adage in an open letter recently saying that "If it ain't broke, don't fix it." BlackBerry's CEO just announced in an interview with Walt Mossberg that they'll be bringing back the BlackBerry Bold Classic with it's small sized physical keyboard and trackpad. It'll have updated software but take on the BlackBerry Bold's look and feel. For some lawyers and politicians it's a welcomed announcement. The addictive BlackBerry was once called the CrackBerry and Kim Kardashian just happens to be one those addicts. You'll hear all about her addiction in our report.

BlackBerry's CEO John Chen also noted in his open letter that "It's tempting in a rapidly changing, rapidly growing mobile market to change for the sake of change — to mimic what's trendy and match the industry-standard, kitchen-sink approach of trying to be all things to all people." The timing of the announcement made earlier today was interesting, especially in light of Kim Kardashian's comments about the BlackBerry Bold that were made a day earlier.

Kim horrifyingly noted that "they don't even have it in the store anymore so I buy them on eBay, and It's a Bold. I have three lined up in my room so if they break and I'm down to two I search on eBay until I find that third one. I have anxieties that I'll run out. It'll probably go extinct." Kara Swisher jumped in to say that they will go extinct. Kim responded that she was on a mission to make sure that won't happen.

Hmm, that was an interesting choice of words considering that we now know that BlackBerry is indeed bringing back that particular model as we noted at the top of our report. Will Kim Kardashian end up being in one of the ads for the new BlackBerry Bold Classic this year? I know you're dying to know and are holding your breath, but we don't know the answer to that question right now. But was it really a coincidence that Kim Kardashian made a big deal about the BlackBerry Bold in her interview just a day before the announcement? Who knows, but Kara Swisher apparently didn't know and now has a little egg on her face. Below is Kara Swisher's full video interview with Kim Kardashian.