Last Friday technology analyst Christina Warren on the topic of Apple Pay stated that "it's a BFD because it's finally doing what all these payment companies, banks and retailers have been promising us for the last decade which is that it's going to bringing contactless payments to the United States on a wide scale level." It's Apple that will finally make it truly happen. Starting Today, Apple begins its bold undertaking to add a mobile wallet to its iPhones that will quickly trounce all efforts made by the Google Wallet that came to market in 2011.

Apple has signed up the six biggest card issuers, accounting for roughly 83% of credit-card transactions, with 500 financial institutions coming by early next year. It also has the three major credit-card networks: Visa, MasterCard and American Express. Apple Pay is the technology industry's most ambitious effort to position smartphones as a safer and easier alternative to cash, checks and plastic credit cards, reports the Wall Street Journal. 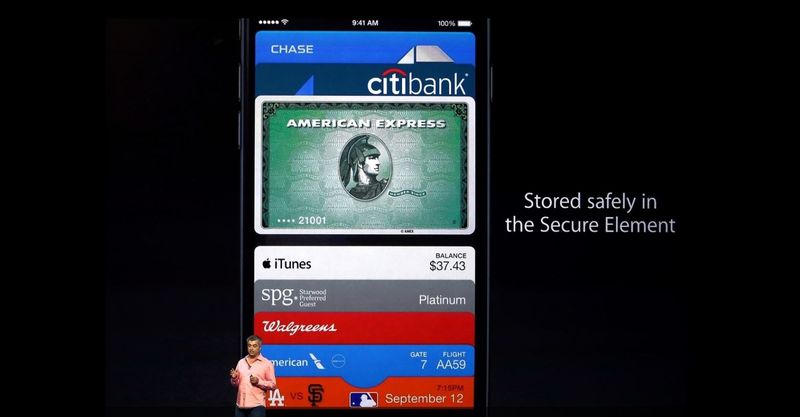 Eddy Cue, Apple's senior vice president in charge of Internet software and services stated in an interview that "We're trying to do something that I think is a game changer and it requires a lot of people to play together. There's a lot of work to do, but it should be huge."

Apple Pay works with the latest iPads for in-app purchases, but the tablets can't be used for payment in brick-and-mortar stores. Apple's smartwatch will be equipped with near-field-communications chips when it arrives next year, potentially expanding the pool of Apple Pay users.

For more on this report, see the Wall Street Journal's full report. Although the WSJ's report was rather positive, not everyone sees it that way of course. Forbes takes a kick at Apple Pay and lists seven reasons why Apple's new mobile wallet won't be a slam dunk.

While it will take time for Apple's mobile wallet to catch on, the naysayers really miss the point. Apple's iPhone users are savvy users who love to use Apple's latest technologies unlike Androiders. Google Wallet has been out since 2011 and it's a dismal failure. In just the first year Apple Pay will have become the number one digital wallet even though it's currently limited to the number of devices that could use it.

Today, Apple Pay comes to market and it'll be another revolution led by Apple that will sweep the globe over time. Apple wasn't the first with the digital wallet, but they're version of it will be the best, just as the iPod, iPhone and iPad were in their respective markets.

For a little history on Apple Pay, see our report titled "Apple Pay: The Digital Wallet that will Rule the World." For those still unfamiliar with with Apple's mobile wallet, see Apple's webpage on Apple Pay.