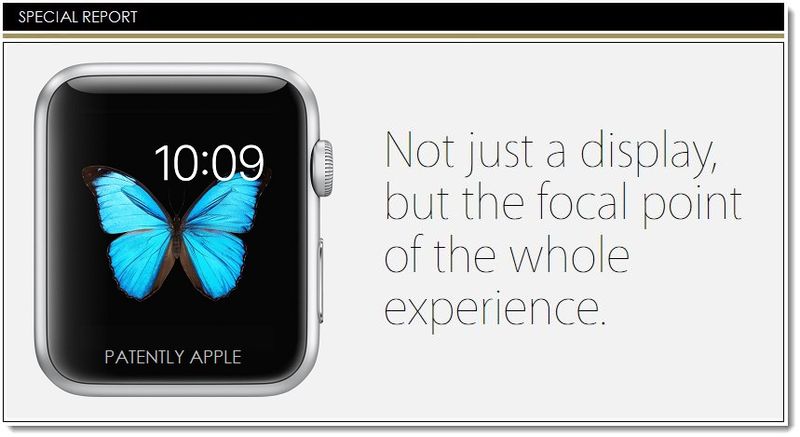 At the top of the year there was an exclusive report that surfaced about Apple having just procured enough Sapphire Crystal furnaces to make 100-200 million 5-inch iPhone displays. Within a month, Tim Cook commented to the Wall Street Journal that the sapphire plant in Arizona was really for a "secret project." We now know that Apple's "secret project" was the Apple Watch and that the sapphire was being produced for the watch display and not the iPhone. On that count, Cook provided us with information that was simple and accurate. Yet, looking back at Cook's interview with Mossberg at D11 sixteen months ago, we could plainly see an about-face on his thoughts on the smartwatch market at a time when Samsung was leading the way. Our report takes a look back at that key interview while we take a swipe at the new Apple Watch.

A Look Back at the Tim Cook Interview at D11

The D11 tech conference was an interesting one to watch as Tim Cook talked about the future of the wearables market and Apple's thinking on this emerging trend. This segment of a long interview began with Kara Swisher at the 14:45 minute mark. On the topic of Google Glass, Cook noted that it had some positive points but that it probably only had appeal to some vertical markets but not necessarily for the broader market. He then quickly moved to wearables in general by stating that "wearables is incredibly interesting" and could be "a profound area for technology."

At one point, Walt Mossberg was pressing Tim Cook to elaborate on what to expect from wearables in this Post-PC era. Cook pointed to Nike's FuelBand on his wrist and indicated that Nike had done a great job. He pointed out that it did one thing well and that there's nothing out in the market today that could do multiple things well.

More specifically, Cook stated the following at around the 17.18 mark of the interview:

"There's nothing to convince a kid who has never worn glasses or a band (pointing to his wrist) or a watch or whatever, to wear one – or at least, I haven't seen it. So there are lots of things to solve in this space, but it's an area where it's ripe for exploration; it's ripe for us all to get excited about. I think there'll be tons of companies playing in this."

Mossberg then blurted out: "Will Apple be one of them?" Cook's response: "I don't want to answer that one, but I see it as something that's a very key branch of the tree. You think about the Post-PC era and we really started talking about this several years ago. I think that the iPhone pushed us towards that fast and the tablet accelerated it, if anything. And so I think wearables could be another branch on this."

Cook continued, "I think it's something this group will be very engaged in over …. In D20 (referencing the All things Digital stage). At that point Cook was being interviewed at D11 and so referencing D20 meant that wearables were something very much in the future)."

Kara Swisher then asked Cook where Apple was interested in wearables: glass, clothing or all over, including health related? Cook replied, "I'm interested in a great product. In terms of glasses; I wear glasses because I have to. I can't see without them. So I kind of have that problem. I don't know a lot of people that wear them that don't have to. People that do wear them generally want them to be light; they want them to be unobtrusive; they probably want them to reflect their fashion, their style and so forth. So from a mainstream point of view this is difficult (pointing to his glasses).

Walt Mossberg: But the wrist is not? Cook: "I think the wrist is interesting. I'm wearing this on my wrist (once again pointing to the Nike FuelBand), it's somewhat natural. But as I said before, I think for something to work here (the wrist), you have to convince people it's so incredible that they want to wear it.

You two guys (Mossberg and Swisher) are wearing watches. If we had a room full of 10 to 20 year olds and we said everyone stand up that has a watch on, I'm not sure anyone would stand up. I don't see it. When you see what kids are wearing …. Their watch is this (waving an iPhone in the air)."

Cook kept pushing away from the watch. "I think there are other wearable ideas that could be interesting. The whole sensor field is going to explode. It's already exploding. It's a little all over the place right now but with the arc of time, it will become clearer."

Looking back, nothing has really changed. The Apple Watch introduced this week really doesn't offer the key 10 to 20 year old demographic that Cook referred to in his interview anything new that would change that demographics' view of a watch, smart or otherwise.

What Happened to Apple's Futuristic Vision?

The real excitement about an iWatch was born out of an original patent application that we reported on, back in February 2013. Here, we were looking at the future of the smartwatch and away from the watch from yesteryear. It was cool, bold and backed by a powerful vision that just happened to look like a revolution waiting to happen.

This bold design had a futuristic feel to it with its wide wrap-around display with room to work, play and even use with FaceTime. It was so drippingly cool that Samsung raced to match the design this past June. Apple's design struck a chord with this generation. Shortly thereafter, artists were trying to imagine different versions of it as you can see here.

What Apple delivered this week was really more of a "Me-Too" watch design with a few minor differences like the interesting clasps and Digital Crown. That's nice, but many in the market will choose Samsung's Gear for its camera and standalone phone functionality. Apple's original vision could have blown Samsung back to the Stone Age and that didn't happen, in my view.

Yet don't get me wrong, many love the design as is, hands down. In fact, every female that I've spoken to about this in the last two days, including my wife, wants the Apple Watch Now! They're thrilled about the designs, fashion and colors that it brings to the table. So Apple is likely going to tap into the female market big time as well as a string of other strong market niches like fitness.

Yet with that said, I openly dumped on Samsung's Gear for being bulky, ugly and having a user interface that was a train wreck. So I'm not about to now applaud the first iteration of the Apple Watch just because I'm an Apple fan. I mean, the interface below is only something an Apple executive could love. Well okay, Disney execs too. 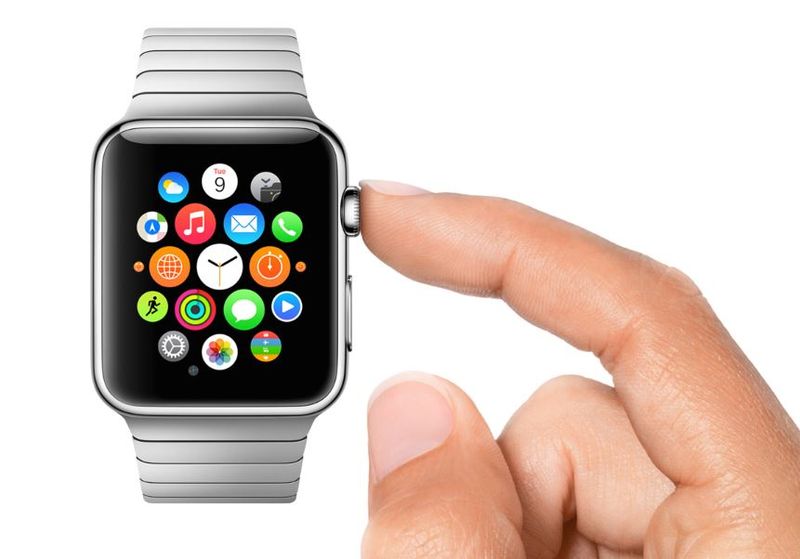 In the end, just sixteen months ago, Apple's CEO didn't think there was much of a market for a wearable device for the wrist. He just couldn't see it – even though it was interesting. He couldn't see a key demographic buying into a watch. A watch was something worn by an older generation. All of a sudden, in an about face, Cook now thinks differently about the smartwatch sector. For Apple's sake I hope that he's right.